CHELSEA head coach Frank Lampard has been praised by anti-racism group Kick It Out for his criticism of fans who engage in a popular chant which is considered to be offensive to the traveller community.

He urged supporters to stop singing a song which refers to West Ham as ‘p*keys’.

It refers to Lampard netting his 200th goal for the club against West Ham back in 2013. 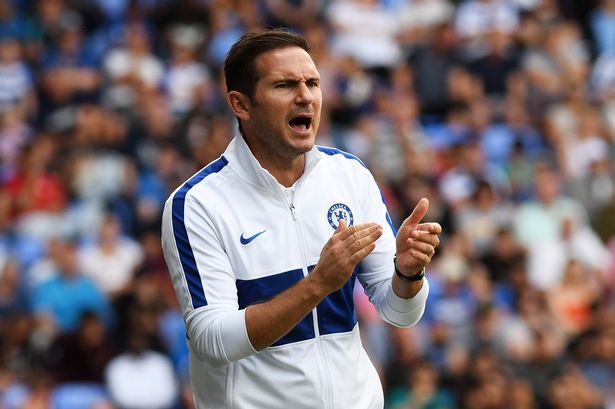 Lampard encourages his players during their 4-3 victory over Reading

Speaking after his side’s 4-3 pre-season victory over Reading on Sunday, Lampard sternly advised Blues fans to retire the derogatory chant.

“The support of the fans is incredible. I didn’t hear the song today but I’m aware of it,” Lampard said.

“If there’s a song that has offensive words in it then of course I don’t want to hear that and that’s me saying that as a big Chelsea man who really appreciates the support I’ve had over the years.

“We don’t want songs with offensive words so if the fans can sing other songs while still backing the team, which is more important than myself, then I’ll certainly back that,” he added.

The anti-racism group Kick It Out were quick to praise the former Derby County boss for his response to the chants, and released the following statement:

“We are aware of the chant and contacted Chelsea about the issue last week.

“We are pleased to see the club and Frank Lampard take such a clear stance in support of equality by condemning the song.

“P*ikey is a discriminatory word and no football supporter should be using it.”

It isn’t the first time Chelsea fans have been caught in a discrimination storm.

Back in December, a supporter was seen on camera abusing Manchester City’s Raheem Sterling in a suspected racially driven attack during a 2-0 victory over Guardiola's side at Stamford Bridge.

The West-London club has this afternoon officially banned him for life following an investigation into the incident. 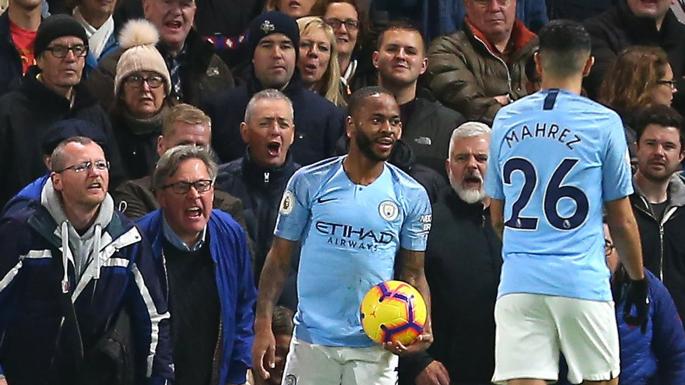 Chelsea have today permanently banned a supporter (pictured front-row, second-from-left) who was captured abusing Raheem Sterling during a Premier League match in December 2018.

Chelsea fans have also been criticised in the past for describing Tottenham Hotspurs fans and players with an anti-semetic term, and a few years ago, a group of Blues fans were charged with racial violence on the Paris Metro.

Undoubtedly, most football teams across Europe will have small pockets of fans who sour the reputation of the club, and to their credit, Chelsea have in the last year or so, launched a number of anti-descrimination campaigns in order to combat the recent reports of fans involving themselves in discriminatory activities.

“We’re all aware the club are very strong with the work we do off the pitch in terms of anything that’s offensive or prejudice,” Lampard said.

“We’ve made a big mark in recent years so we don’t want that [discriminatory chants].”