A switch to Arsenal’s first team may be on the cards for an Irish youngster.

Marcus Agyei-Tabi – who plays for Ireland’s U17 team – was pictured training with the club’s first team over the weekend, alongside the likes of Theo Walcott, Alex Oxlade-Chamberlain and Aaron Ramsey. 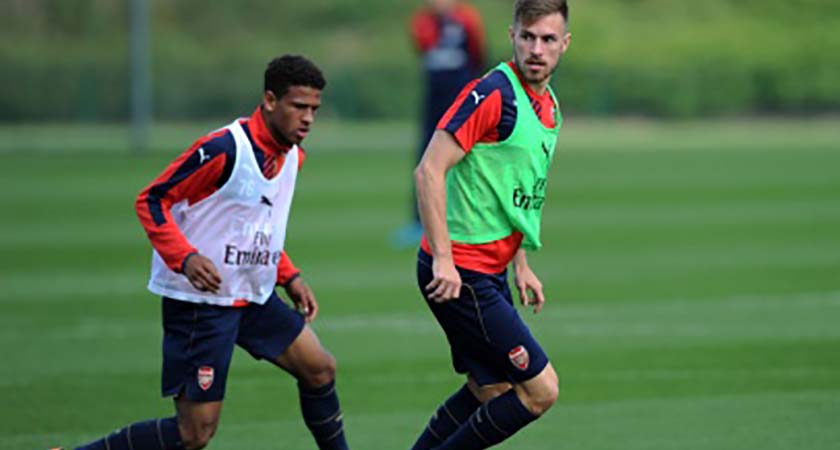 The 16-year-old midfielder's grandparents hail from Portlaoise and Cork, whilst the rest of his family live in Limerick, and he has represented Ireland U17s on three occasions.

He also impressed during his first campaign with Arsenal's U18s and it appears that Arsene Wenger may be eyeing up the young player’s chances of top-flight action in the future.

Agyei-Tabi has made 12 appearances for the north London club, including seven starts and he has scored once.