Roy Keane and Alex Ferguson's feud can be traced back to 2004. Images: Getty

Gary Neville can recall the exact day he knew Ireland star Roy Keane would no longer play for Manchester United.

The Corkman had torn strips off his teammates following a dismal 4-1 defeat away to Middlesbrough in 2004, with Darren Fletcher copping most of the flack.

The interview – which was due to air on United’s own TV channel – never went out after Ferguson became aware of his captain’s outburst and pulled it from broadcast.

But the United boss still made his side sit through it.

"And Ferguson came out afterwards: 'I always did what was best for United.' Nonsense! His son played for the club and won a league medal..."

'The manager came down into the dressing room and the minute he said we needed to watch the video, I just thought that's it,” Neville told Off The Ball  this week.

“I knew Roy, I knew the manager and I just thought that was it.

“You couldn't say anything, you were just thinking, 'for f***'s sake, you knew that was it." 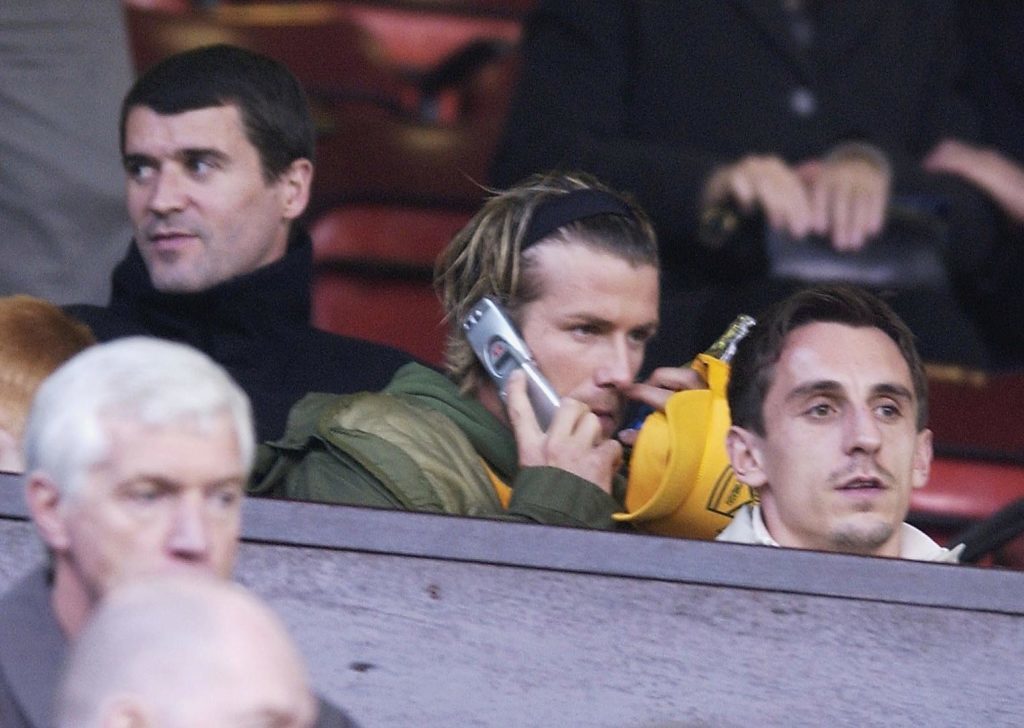 David Beckham talks on his phone alongside Gary Neville and Roy Keane during the FA Youth Cup Final, 2nd leg match between Manchester United and Middlesbrough on April 25, 2003 at Old Trafford. (Photo by Laurence Griffiths/Getty Images)

Neville came through the ranks with David Beckham and having witnessed the fallout from the England star’s departure in 2003.

The warning signs were there that Keane’s volatile nature would lead to a similar outcome.

“I'd seen this happen to David Beckham over a period of six to eight months at United,” he said.

“With Roy and the manager, there was always a chance that it would come to this.  From our point of view as players, we didn't have a problem [with the video].

"We'd worked with Roy for 12 years and I think his interview after Bayern Munich [in 2001] was actually worse.”

Keane himself has always maintained the incident was blown way out of proportion.

''Even now people still say: 'The video had to be destroyed.' Like it was a nuclear weapon or something,' he wrote in his 2014 book The Second Half.

“I was disappointed with the players but it was MUTV, propaganda for the club. So I did the interview.”