Bernard Brogan of Dublin during the Leinster GAA Football Senior Championship Final match between Dublin and Kildare at Croke Park in Dublin. (Photo By Ray McManus/Sportsfile via Getty Images)

The 35-year old is one of the most decorated footballers in the history of the game with seven All-Ireland medals, 13 Leinster titles, five National Leagues and four All-Stars.

He also captained Ireland to success in the 2015 international rules series against Australia and was named best Irish player.

When it came to crucial championship scores at the turn of the decade, Brogan answered the call every time the Dublin faithful needed a hero. 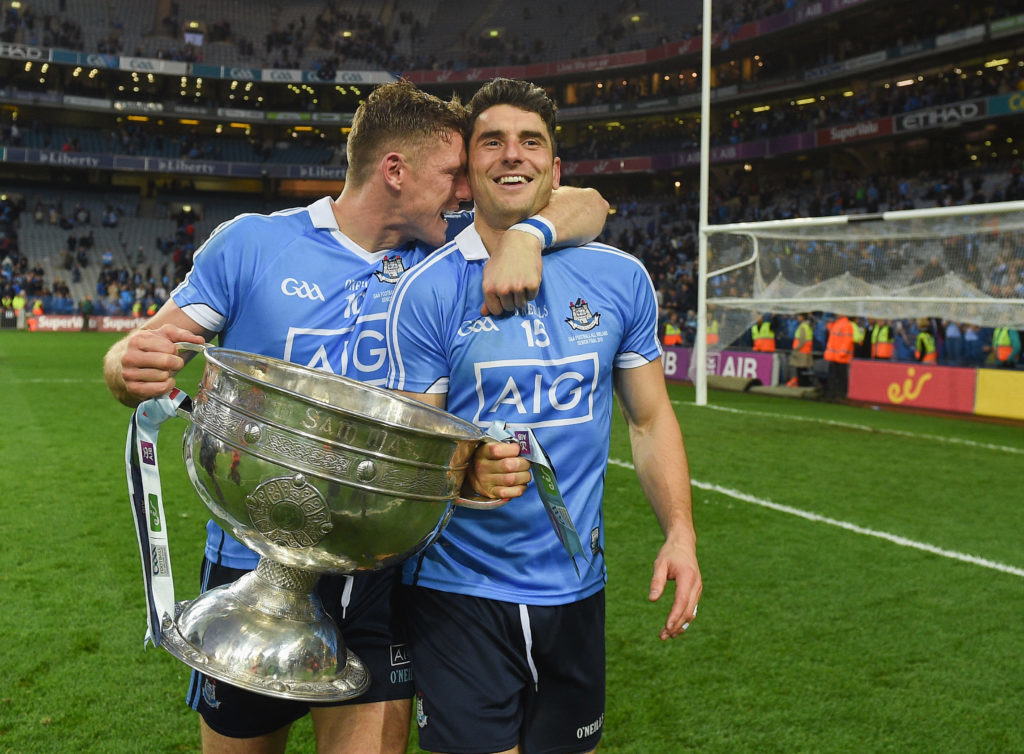 Paul Flynn, left, and Bernard Brogan of Dublin celebrate with the Sam Maguire cup after the GAA Football All-Ireland Senior Championship Final Replay match between Dublin and Mayo at Croke Park in Dublin. (Photo By Paul Mohan/Sportsfile via Getty Images)

Brogan scored four points, including the equalising point in the 2011 final as Dublin went on to win Sam. He also scored two goals in the 2013 final against Mayo as Dublin got revenge for their 2012 semi-final loss to the men from Connacht.

He once again broke Mayo hearts in the 2015 All-Ireland semi-final replay where he took the game by the scruff of its neck in the second-half.

He found the net and supplied Philly McMahon with a goal in the space of 90 seconds as Dublin overcame Mayo before dispatching Kerry in the final which would be the first All-Ireland on the road to the drive for five.

The Brogan name is assured of a place in Dublin folklore. Brogan's father, Bernard senior, won three All-Ireland titles in the 1970s. 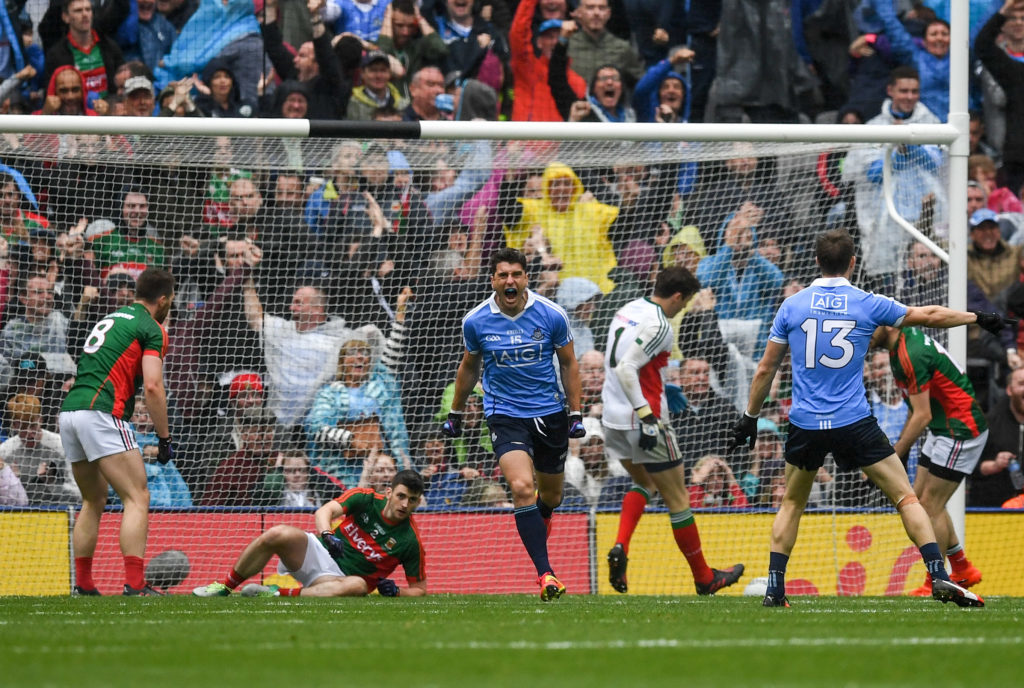 Bernard Brogan of Dublin celebrates after his side's first goal during the GAA Football All-Ireland Senior Championship Final match between Dublin and Mayo at Croke Park in Dublin. (Photo By Ray McManus/Sportsfile via Getty Images)

The younger Bernard Brogan was one of three to follow in their father’s footsteps. His older brother Alan won three All-Ireland medals alongside him in 2011, 2013 and 2015.  Paul was also part of the Dublin team that ended a 16-year wait for Sam to come back home to the capital against Kerry in 2011.

"To the Dublin supporters and Hill 16, thank you for the unwavering support during my time playing in blue and never giving up on me in a blue jersey,” he said on retiring this week.

“I have always claimed that you are the greatest fans in the world.

"I gave my all for the cause right to the end and I am happy now to take my place in the stand, back to where it all began for me as a child with my own father - cheering on the Dubs.”