Belfast , United Kingdom - 18 November 2018; The Northern Ireland team stand for the playing of God Save the Queen during the UEFA Nations League match between Northern Ireland and Austria at the National Football Stadium in Windsor Park, Belfast. (Photo By David Fitzgerald/Sportsfile via Getty Images)

FORMER NORTHERN Ireland boss Micheal O'Neill believed singing the national anthem, God Save The Queen before international gamess put his Northern Ireland side at a disadvantage  during his eight years with the side.

O'Neill led the North to their first ever European Championships in 2016, but felt that it alienated players from a nationalist background.

O' Neill was speaking in a documentary titled Game Of Two Halves which airs at 8pm on ITV on Tuesday and said,

"I felt we were at a disadvantage in the anthem, because I could see how other countries would either sing their anthem or display real patriotism, you know, a real togetherness, real emotion during the anthem. And we never really got that,"

"When I came in I could see that a lot of the players from nationalist backgrounds would stand with their heads down." 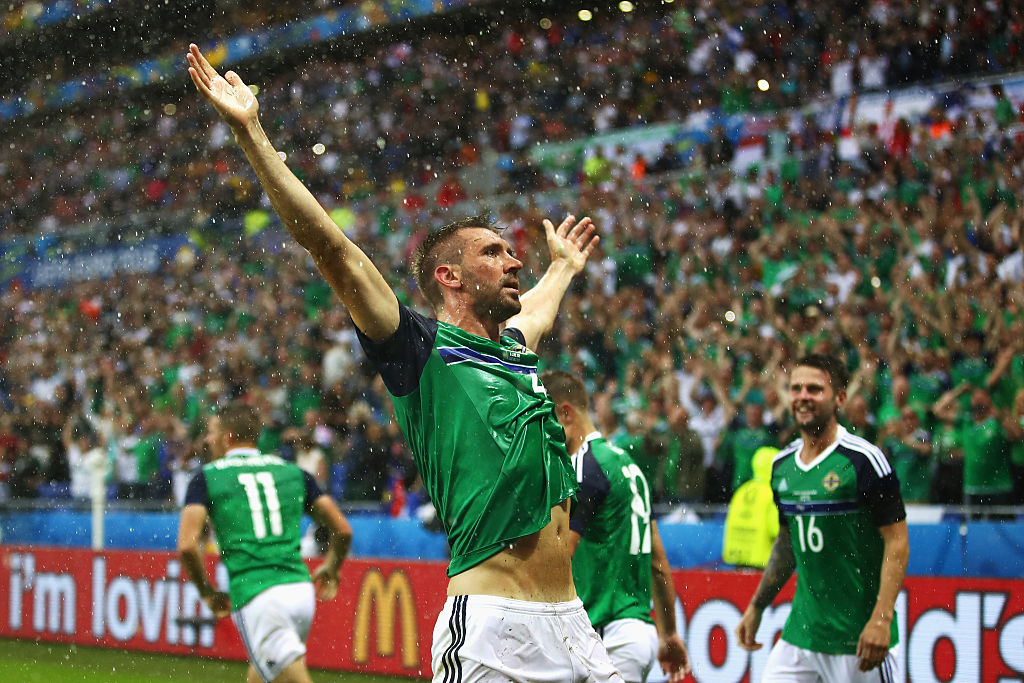 O'Neill said management got players to link arms during the anthems to try and reduce tension and increase togetherness.

The nationalist players were requested that, whilst they may not sing the anthem, that they would respect it and they would stand with their head not bowed," said the current Stoke City manager.

"And I felt it was important for those players to respect the lads in the squad who did regard it as their anthem as well. And so not to have body language, which would appear disrespectful as well.

"I just felt we needed something that potentially, we could use as our identity the same way, as you know, if you ask someone from Wales or Scotland, where they're from, they'll tell you they're Scottish, or Welsh, they won't say they're British.