After a rough year for Irish golf, Harrington and McIlroy ensure 2016 ends with upswing

ALTHOUGH the golf season of 2016 didn’t start very well from an Irish perspective, it certainly ended with a startling spark, as frustrating performances were replaced with a flurry of wins.

The first Irish success of the year came in the US Masters in April when Rory McIlroy recorded a respectable top 10 finish before following up with a win at the Irish Open at the K-Club in Kildare a month later, which gave reason for optimism heading into the busy June to July period of play.

But the summer of golf ensued to be a dreadful one for the Irish contingent, devoid of tournament wins or good placed finishes, with Shane Lowry missing the cut at The Open and PGA Championship being the biggest disappointment of all after flattering to deceive by finishing second in the US Open in June.

The poor Irish performances meant that for the first time since 1997, the European Ryder Cup team travelled to face their American counterparts with only a single Irishman – McIlroy – on the plane, which spectacularly summed up how badly Lowry and co were playing.

However, the year began to turn for the better in September, when McIlroy finished off with a $12.5million jackpot by winning the FedEx Cup in scintillating fashion.

Then, Padraig Harrington, broke his eight-year barren spell in Europe by spectacularly winning the Portugal Masters to give Irish golf fans a thrilling end to the season.

Here we review the best and worst performances of each player from the Emerald Isle in 2016. 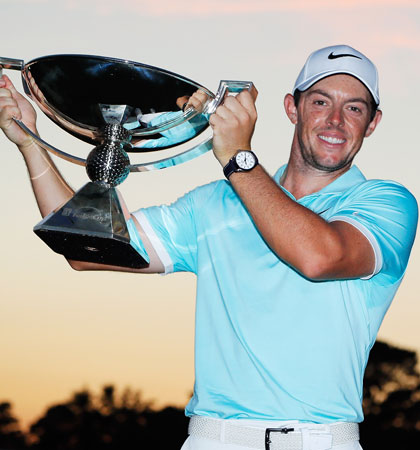 After failing to win a major title in 2015, McIlroy began this year aiming desperately to add to his tally of four major wins.

A top 10 finish at the US Masters and a first Irish Open win in May led many to believe the Holywood native would be in a great position to challenge for major honours and enjoy a consistent season.

However, underlying problems with the putter and negative publicity from his Olympic pull-out saw the 27-year old struggle in the biggest tournaments, with missed cuts at the US Open and PGA Championship signalling a disappointing summer for McIlroy.

Yet, the Ulsterman turned what looked like being a poor campaign, by his standards, into a good one by winning the FedEx Cup in September and in doing so, put his putting woes behind him.

But, after another season without a major, McIlroy will be vying to start next year at the races and put a marker down to his major rivals Jason Day and Jordan Spieth.

When Lowry won the Bridgestone Invitational in 2015, big things were expected of the 29-year-old, with many tipping him to win two or more big tournaments this year.

However, things didn’t quite pan out as expected, as missed cuts in two of the majors and only a couple of top 10 finishes saw the unfolding of a dismal season for Lowry.

A lack of resilience is something which was particularly evident in Lowry’s play as poor shots and patchy performances often came in succession and was no doubt one of the main reasons why he was unable to win a tournament in 2016.

Yet, a second placed finish at the US Open in June served to remind us of the Offaly man’s potential and he will therefore hope that 2017 will see more consistency in his play and better results. 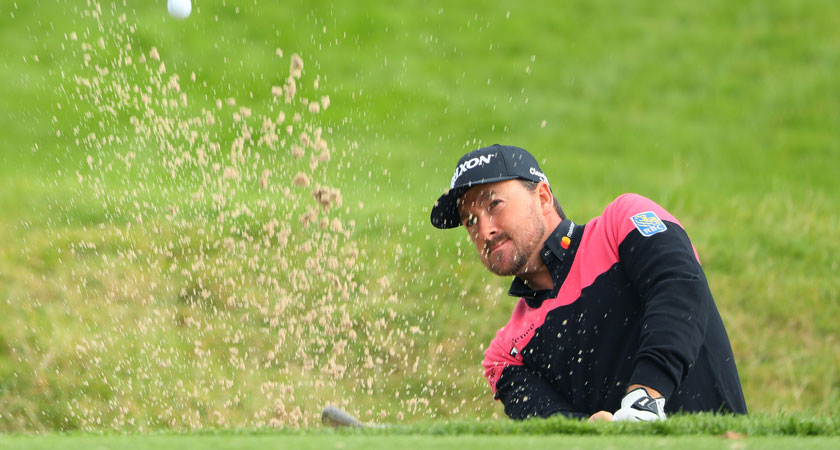 The year of 2016 has really been one to forget for McDowell, emphasised by his failure to qualify for the Ryder Cup side for the first time in a decade.

That came as a bitter disappointment to the 37-year-old, but, he could hardly have been surprised as 12 missed cuts – two of which came at the Masters and the PGA Championship – and the inability to win a tournament spelled a disastrous season for the Ulsterman, as he even became unpickable in the wild cards for the European team.

The 2010 US Open win looks a long time ago and his sheer inconsistency is something of a real worry, as is the frustration shown on course which has become increasingly evident in his game as of late.

However, a good performance and top four finish at the British Masters in October would have offered some encouragement to McDowell that he still has the quality to compete in 2017 despite coming off the back of an extremely poor season. 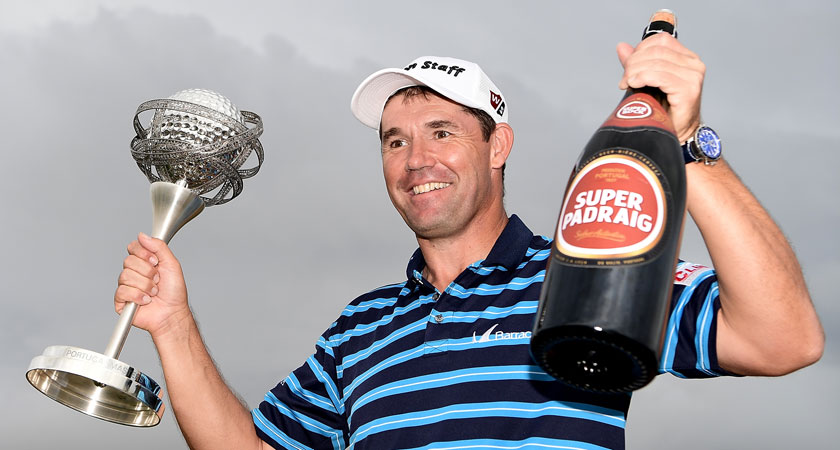 Padraig Harrington poses with the trophy and a bottle of beer following his victory during day four of the Portugal Masters in October (Image: Stuart Franklin/Getty Images)

Harrington entered 2016 not having won a tournament on the European Tour for nearly eight years and for much of the season it looked like staying that way, before the smiling veteran turned up with a late stunning performance at the Portugal Masters in October to win and increase his tally of wins on the tour to 15.

However, as always is with the Dubliner, his season was one of dramatic twists and turns, as four missed cuts in a row between May and June were followed up by an impressive top 15 finish at the PGA Championship a month later.

Then, after fellow compatriots pulled out, Harrington fulfilled his dream by representing Ireland at the Olympics for the first time ever as he finished in a respectable 21st place.

Meanwhile, missed cuts at the Italian Open and European Open in September seemed to resemble an end to a season petering out, but the 45-year-old pulled out that great win in Portugal the following month.

After breaking droughts on the PGA Tour last year (Honda Classic win) and on the European Tour this campaign, Harrington will be hoping he can now recapture some of his former glories and challenge for a fourth major in 2017. 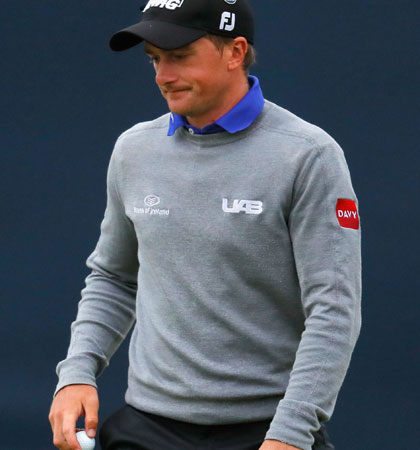 After a decent start, it was a disappointing year for Paul Dunne (Image: Kevin C. Cox/Getty Images)

As Dunne turned professional this year and therefore attained his European Tour card, big expectation was placed on the young golf star's shoulders.

A ninth placed finish at the Joburg Open and a top 13 finish at the Farmers Insurance in America in January seemed a great start to his year, yet the latter sadly turned out to be his biggest pay day of the season as he struggled from there on in.

The proceeding months saw missed cuts in just under half of the tournaments he played in, with the odd respectable performance in-between like finishing in the top 10 at the Made in Denmark in August.

Yet, the Wicklow man will take consolation in retaining his tour card for next year which is when he will be hoping to put his name on the map by winning his first tournament.

Seamus Power won his PGA Tour card for next season as he went from strength to strength in 2016. The Waterford man represented Ireland at the Olympics in the summer finishing in tied 15th place and will certainly be one to watch in 2017.

The Irish Open will be played on a more favourable date on the European Tour calendar in 2017 after being pencilled in for the week prior to the Scottish and British Opens next July, which will hopefully attract more prestigious players to the event.

Peter Lawrie hung up his clubs at the end of the 2016 season after explaining that it was no longer economically sensible to continue playing after enduring two years of poor play. The 42-year old played over 400 tournaments on the European Tour and will be a great loss to Irish golf.

Michael Hoey lost his European Tour card for next year after failing to muster enough points in 2016. However, the Antrim man can expect a few invites into tournaments from sponsors.