ICYMI: England and Exeter winger Jack Nowell was spotted in Thomond Park in a Munster jersey for his stag

MUNSTER OVERCAME Exeter Chief's in the second leg of the Heineken Champions Cup this weekend in a 26-10 victory.

Johaan van Graan's side fought back to secure a tie against current holders Toulouse in May, but that was only one of the highlights of the weekend.

Jack Nowell, the England and Exeter winger was spotted on TV and had to wear a full Munster kit at Thomond Park for his Stag weekend.

He clearly saw the funny side of wearing an opposition jersey despite his side losing the tie.

BT Sport commentator Nick Mullins spotted the Englishman on the TV and said:

"It's one of the great places to come, Limerick, for a stag weekend,"

Yes it is, it is him and it is his stag. It's a good job he's not playing.

"There's Luke Cowan-Dickie, there's Sam Simmonds, Phil Dollman and there's old Jack. It's a good job he's injured. He's not going to be in a fit state to play in the second half, should he be needed."

“We stayed in Dublin but we traveled up [to Limerick] and back on the train. The train was unbelievable because obviously we were with all the Munster fans going down,” Nowell told the BBC’s Rugby Union Weekly podcast

“I’ve rocked up in this extra, extra, extra small rugby top, it must have been kids. Four XL shorts, full kit, full socks, everything and I was like, ‘Oh God.’ Everyone was laughing.

The 29-year-old gave props to the Munster fans and said that it was a weekend that he'd never forget.

"I think I was being lined out lifted in the little bar for about three hours after, around the back of the stadium."

“I think everyone sees the funny side of it but a few people are saying it’s pretty disgraceful."

"I think a lot of people see the funny side of it and it was an unbelievable weekend. I don’t think I’m ever going to forget it.” 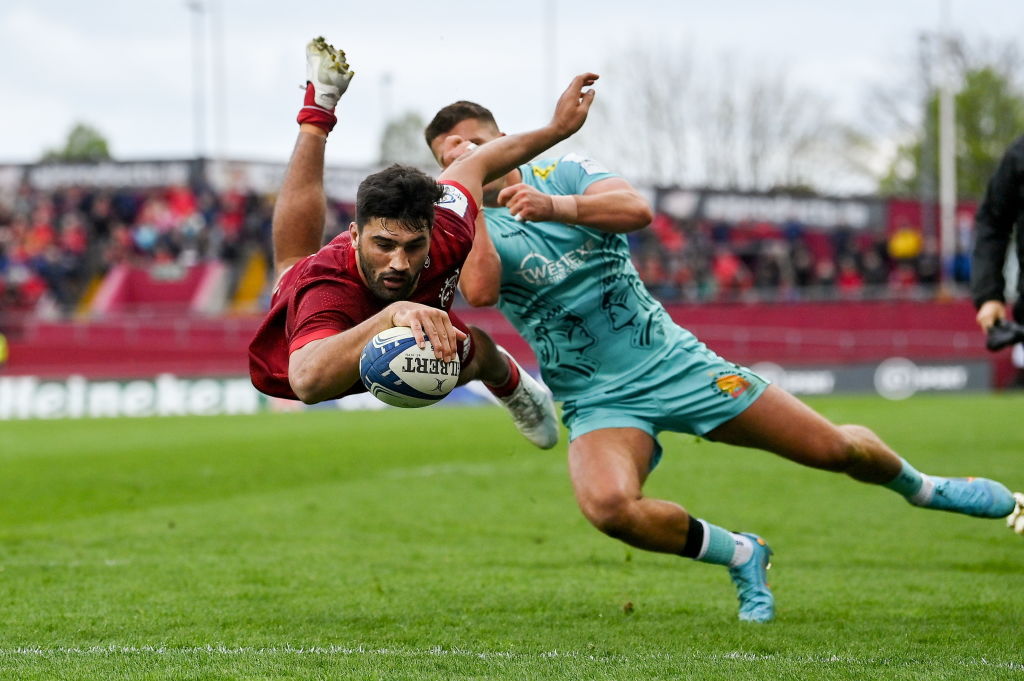