LIVERPOOL defender Virgil Van Dijk has said he is a 'big fan' of Caoimhin Kelleher after the Irishman was drafted into the starting line-up against Chelsea.

The Cork native was brought into the side after a suspected positive Covid-19 test ruled out first-choice keeper Alisson.

Despite conceding two goals as Chelsea fought back to draw 2-2 at Stamford Bridge, 23-year-old Kelleher impressed in what was only his fourth league appearance for Liverpool.

Van Dijk was clearly won over by the Irishman, describing him as a 'fantastic goalkeeper'.

“I’m quite a big fan of him. He is a fantastic goalkeeper," the Dutchman told Liverpoolfc.com after the game.

"He is learning from the best, in my opinion, with Alisson. 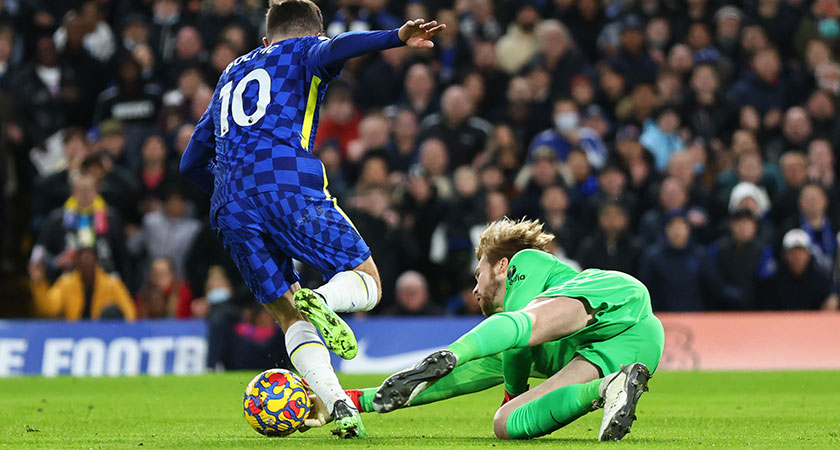 "His presence is good, he is confident on the ball and he is making good saves as well.

“That's good and we need him right now because of obviously the COVID cases.

"Unfortunately, we conceded two but the first one he can't really do anything about it.

"We need him for the next games as well."

Kelleher got off to a dream start at Stamford Bridge, denying Christian Pulisic early on before Liverpool raced into a 2-0 lead through goals from Sadio Mané and Mo Salah.

Kelleher was unfortunate to be beaten by a moment of magic from Mateo Kovacic as Chelsea made it 2-1, having initially done well to clear Marcos Alonso's free kick.

Pulisic then drew Chelsea level, breaking away from the Liverpool defence before lofting the ball over Kelleher.

The game stayed at 2-2, with Kelleher blocking a Pulisic half-volley from close range in the second half before denying Alonso late in the game.

Kelleher has made two senior appearances for Ireland and has yet to concede a goal for the Boys in Green.

He played the second half of a friendly with Hungary in June, which ended 0-0, before playing the full 90 minutes in Ireland's 4-0 friendly win over Qatar in October.