IRELAND won the third Test of their tour of Australia to record a first series win Down Under over the Wallabies since 1979.

Five penalties from Johnny Sexton and a CJ Stander try secured the historic 20-16 win for Joe Schmidt’s side.

Ireland saw their record-breaking 12-game winning run come to an end in the opening Test two weeks ago as they lost 18-9 in Brisbane.

But after drawing the series with a 26-21 victory in Melbourne a week later, Ireland sealed a first series win in the southern hemisphere for 39 years with today’s success in Sydney. 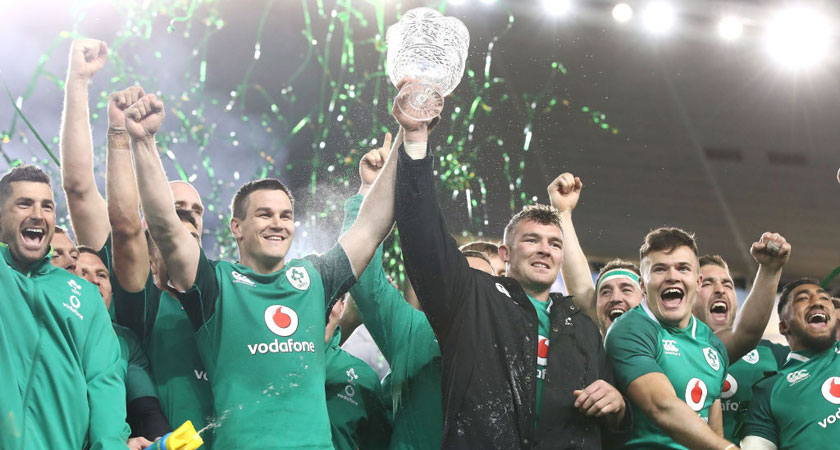 The first half at the Allianz Stadium was a tit-for-tat affair.

Despite being down to 14 men, Ireland had the chance to level but Conor Murray sent his penalty wide.

However parity was restored when Sexton hit his second penalty as the visitors dominated possession. 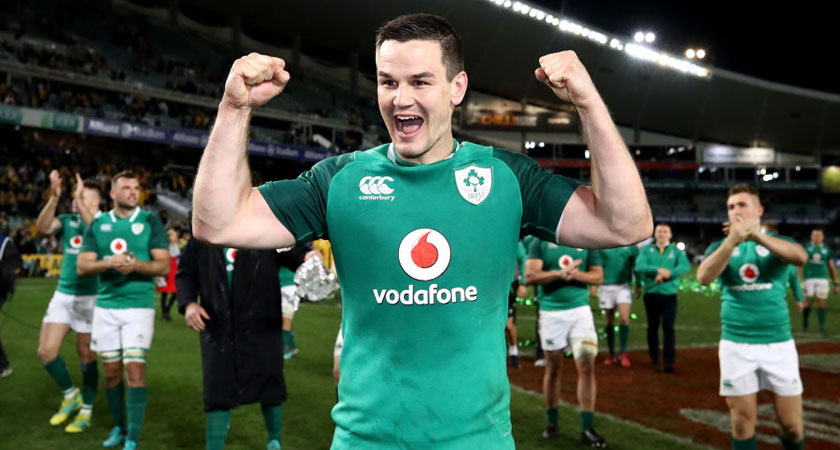 With Stockdale back on as Israel Folau was sin-binned, Ireland made their numerical advantage count through another Sexton penalty after an Aussie offside.

Again Foley responded for the hosts but a Sexton penalty from 30 metres ensured Ireland restored their three-point advantage before the break.

Ireland continued to dominate after the interval and Sexton hit a penalty into touch deep in Australian territory. 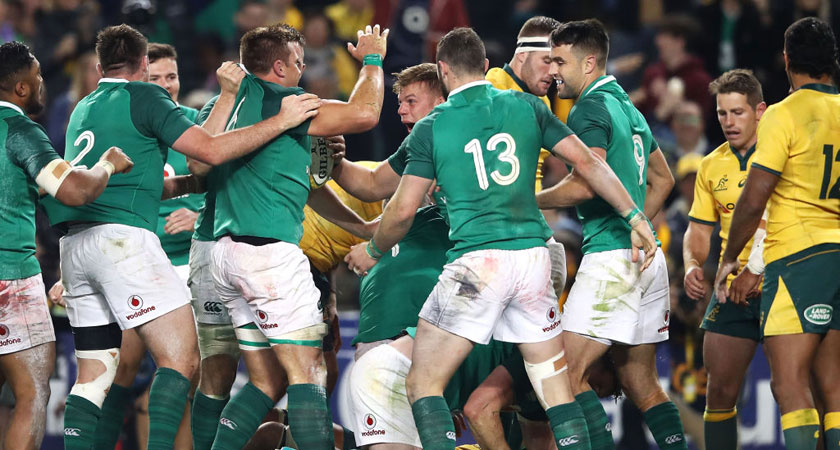 A perfect throw from Niall Scannell was taken by Jordi Murphy before the Irish pack powered forward, allowing Stander to touch down.

Sexton failed to convert but the try sparked Australia into life.

Ten minutes later they responded with one of their own through Lukhan Tui with Foley converting to cut Ireland’s lead to the minimum, 17-16.

However after Robbie Henshaw conceded a penalty, Foley sent his effort wide to prevent Australia regaining the lead with 13 minutes left.

There was no such mistake from Sexton though.

With Ireland awarded a penalty after Tolu latu failed to release, the Irish fly-half scored two minutes from time to seal a famous victory. 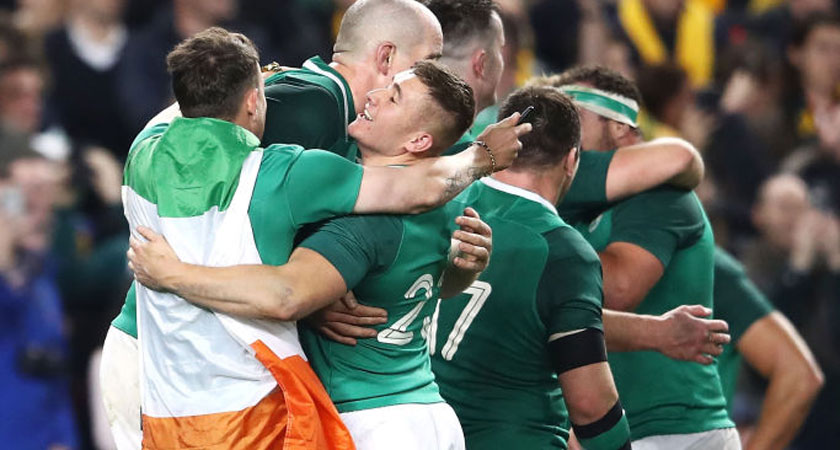 A fan invades the pitch to celebrate with Devin Toner and Jordan Larmour after the win (Image: Getty)