IRELAND were denied an unlikely win in their inaugural Test match with Pakistan at Malahide, and they've only got Mick Jagger to blame.

An impressive bit of bowling had sparked hopes Ireland could become only the second side to claim victory on their Test debut.

At one point, Pakistan were on 14-3, chasing a winning target of 160, and the impossible seemed possible.

It could have been so different, of course, if Jagger hadn't been watching on from the stands.

The Rolling Stones frontman has become something of an unlucky charm in the world of sport. Every team he's ever backed on the international stage has ended up losing.

It all dates back to the FIFA World Cup in 1998 when Jagger decided to travel down from Amsterdam to Saint-Etienne between gigs to watch England against Argentina.

The Three Lions duly lost on penalties, with Jagger making a swift exit at the final whistle.

Fast-forward to 2010 and the curse struck again at the World Cup with Jagger turning up to cheer on the USA in their 2-1 loss to Ghana. 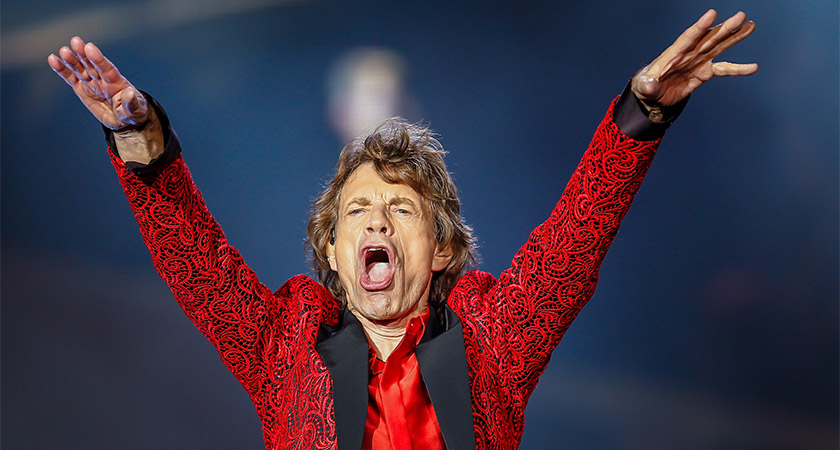 [Picture: Getty]
From there, he went on to back Brazil for victory in the quarter-finals. They lost to Holland. He was also in attendance for England's 4-1 loss to Germany at the tournament.

Things got even worse in the build-up to the 2014 World Cup.

Jagger started by backing Portugal to win the entire competition at a gig in Lisbon. They exited at the group stage.

Prior to England's group stage opener with Italy, Jagger tweeted the following:

And then wrote this before their next game with Uruguay:

Let's go England! This is the one to win!! #WorldCup #ENG

A few days later, Jagger took to the stage in Rome to tell Italy fans the Azzurri would win their crucial group stage decider with Uruguay. They lost 1-0.

Even worse was to come, however, when Jagger turned up to support Brazil in their infamous World Cup semi-final meeting with Germany.

The Selecao lost 7-1, though Jagger was unapologetic, reportedly telling The Sun: "I can take responsibility for the first German goal but not the other six!"

Jagger is now seen as something of unlucky charm among South American football fans.

It's not uncommon to see supporters in grounds across the continent holding up cardboard cut-outs of the Rolling Stones star kitted out in the opposition's colours, hoping the curse will strike.

Now Ireland's cricket team are his latest victims, following a loss to Pakistan that came after Jagger tweeted his support for the new test match side:

It’s great to be back in Ireland, first stop was their inaugural cricket test match versus Pakistan #cricket #Ireland pic.twitter.com/P44JDlNgeq

The only hope now is that Jagger will be in attendance for all three of England's group stage games at this summer's World Cup.

Maybe the Irish government should stump up the cash to send him to all three of Denmark's games too.