Shay Given has been inducted into the Newcastle United Hall of Fame (Image: Ben Radford/Getty Images)

FORMER Ireland goalkeeper Shay Given has been inducted into the Newcastle United Hall of fame.

The honour was bestowed on the Donegal man at the Newcastle United Foundation's United As One Awards gala this week.

The late Gary Speed was inducted into the Hall of Fame at the same time, where he and Given join names such as Alan Shearer, Kevin Keegan and Bobby Robson.

Given, 45, described his induction as 'a huge honour'.

Thanks guys, a huge honour for me and my family, to do it on the same night as my great friend Gary Speed was so fitting 🙏🏼🙌🏻 https://t.co/xx7v7BkLqd

The Lifford native made 462 league and cup appearances for Newcastle, with only two players having turned out more times for the Magpies.

He also holds the club record for most appearances in European competition with 54.

With 134 caps he is Ireland's second most capped player after Robbie Keane.

Eighty of his Ireland appearances came during his time at Newcastle, making him the club's most capped player. 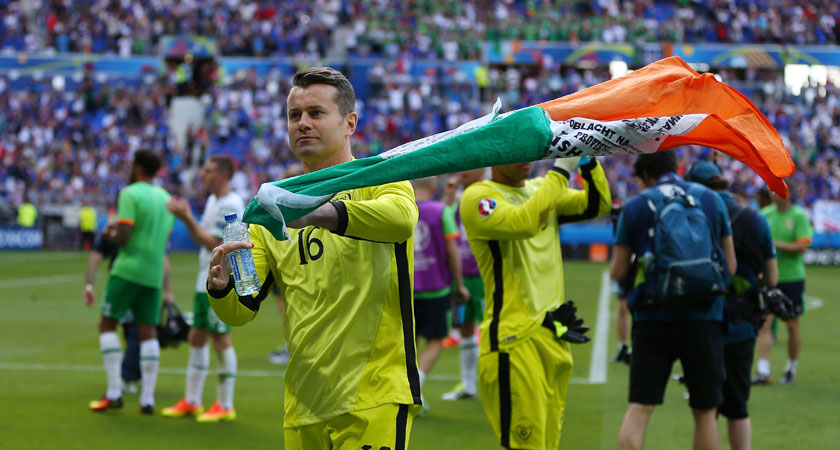 Given made 134 appearances for Ireland (Image: Catherine Ivill - AMA/Getty Images)

Given won the Intertoto Cup with Newcastle in 2006 and was in goal as they lost the 1998 FA Cup Final to Arsenal.

He also played in the Premier League for Blackburn, Aston Villa, Stoke City and Manchester City.

Given was part of the Sky Blues squad that won the FA Cup in 2010-11, although he didn't make an appearance in the competition.

However he played every minute as Aston Villa reached the 2014-15 final, losing to Arsenal in the decider.