STEPHEN KENNY may have only taken charge of two games as Ireland manager but a significant moment in his tenure arrives this week against Slovakia.

This match in Bratislava is the first play-off for a place in the rearranged European Championships next summer and, if Ireland beat Slovakia, they will progress to the final play-off tie in November to face either Northern Ireland or Bosnia.

After a disappointing start to his reign – following a meek draw in Bulgaria and toothless home defeat to Finland in the Nations League last month – the pressure is already on Kenny to get results on the board to avoid confidence draining away from his team.

Since his appointment, the Dubliner has been quick to point out that his job is a long-term project and that it will take time to mould the passing outfit he desires.

Yet, in an unforgiving footballing world, with increasing little patience, he would be well advised to make sure the job doesn’t get away from him before it’s even started. 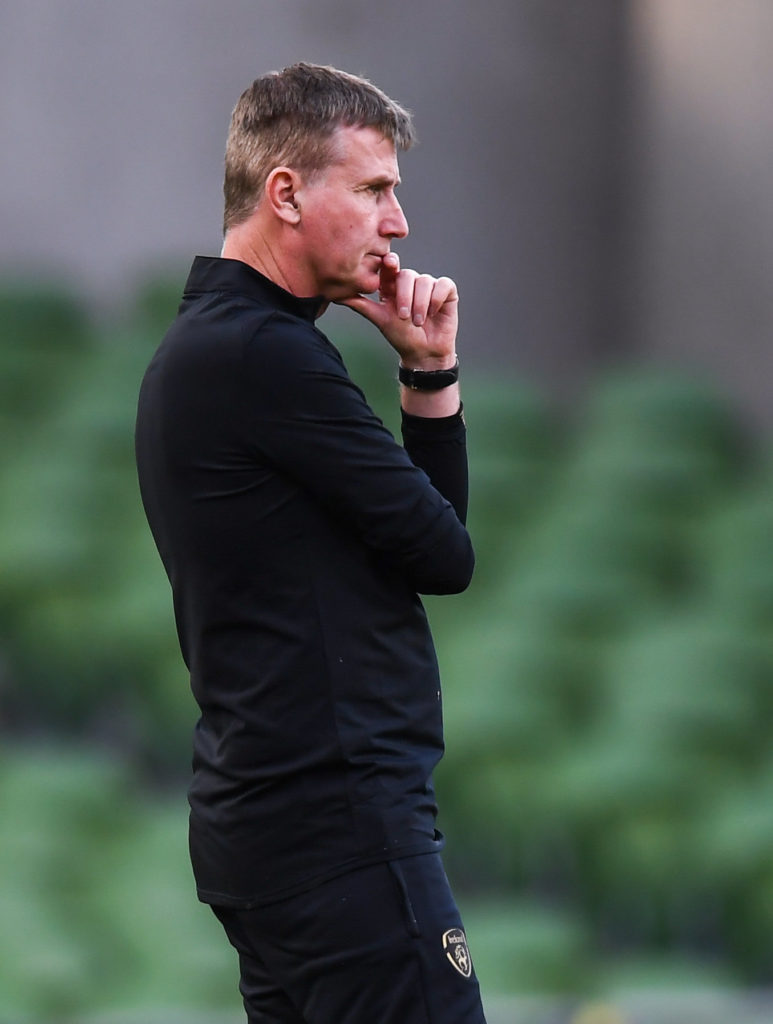 The pressure is on for Stephen Kenny this week

Similar to what happened to Holland's Frank de Boer as manager of Crystal Palace in 2017.

De Boer arrived from Inter Milan and, like Kenny, was tasked with changing Palace’s identity as a side that was hard to beat under Sam Allardyce to one that plays passing football.

But without sufficient quality, De Boer’s time quickly turned out to be a disaster as Palace lost the first four games in the Premier League without scoring a goal before he was eventually sacked.

Kenny will certainly hope he receives more backing from his bosses than De Boer did, which is why this match with Slovakia on Thursday, October 8 holds huge importance, even though it’s still so early in his management.

A defeat on Thursday will raise further doubts about his ability to get results at international level and would be a big knock to the belief.

With so much on the line, this isn’t the time for the experiments seen in the less important Nations League last month but for more pragmatism.

Against Bulgaria and Finland, it seemed to be too early for Adam Idah up front, who often looked isolated as he struggled to hold the ball up.

Aaron Connolly may be a better bet this time round, having become Brighton’s lead man up front in the early part of the new season, scoring a fine goal against Newcastle United.

Yet it would be a surprise not to see the return of more experienced players such as James McClean, David McGoldrick and Seamus Coleman at right-back.

Matt Doherty, who was selected ahead of Coleman last month, failed to impress and Coleman has since started the season well for Everton. A return to the starting line-up for the captain would be well deserved.

James McCarthy, meanwhile, and Conor Hourihane, have both featured heavily for Crystal Palace and Aston Villa so far. Whereas Jeff Hendrick has slotted in well for new club Newcastle. All should be heavily considered by Kenny for this crucial tie.

Slovakia vs Ireland is live on Sky Sports Football on Thursday, October 8, from 7.45pm.