HIGHLY RATED Irish prospect Evan Ferguson has spoken about how he has improved at Brighton following his FA Cup debut for the club on the weekend against West Brom.

The 17-year-old Dubliner moved to Brighton from Bohemians and has been tipped for big things by Irish pundits in the media.

Ferguson spoke to Brighton's in-house media team over the weekend and said that Danny Welbeck has taught him well since joining the club.

"I grew up a Manchester United fan, so I used to watch Danny every week and now he’s a teammate." 🤩@Evan_Ferguson9 on @DannyWelbeck, training with our first team, West Brom and more! 🇮🇪

The Dubliner grew up a Manchester United fan and mentioned how grateful he was for the experience.

“I grew up a Manchester United fan, so I used to watch Danny every week and now he’s a teammate,” Ferguson explained. “It’s weird playing and training with him every day.

“There’s a few guys who look out for me in the group. Obviously there’s the Irish connection with Shane [Duffy], he looks after you. But even in training, if you have good movement or you could have better movement they’ll tell you.

“They are used to it every week in the Premier League. With strikers like Neal Maupay, Danny Welbeck and Leandro Trossard, you get to see different types of movement and learn from it.

“I feel good when I am training with the boys, it’s helping build my confidence and my game up, said Ferguson.” 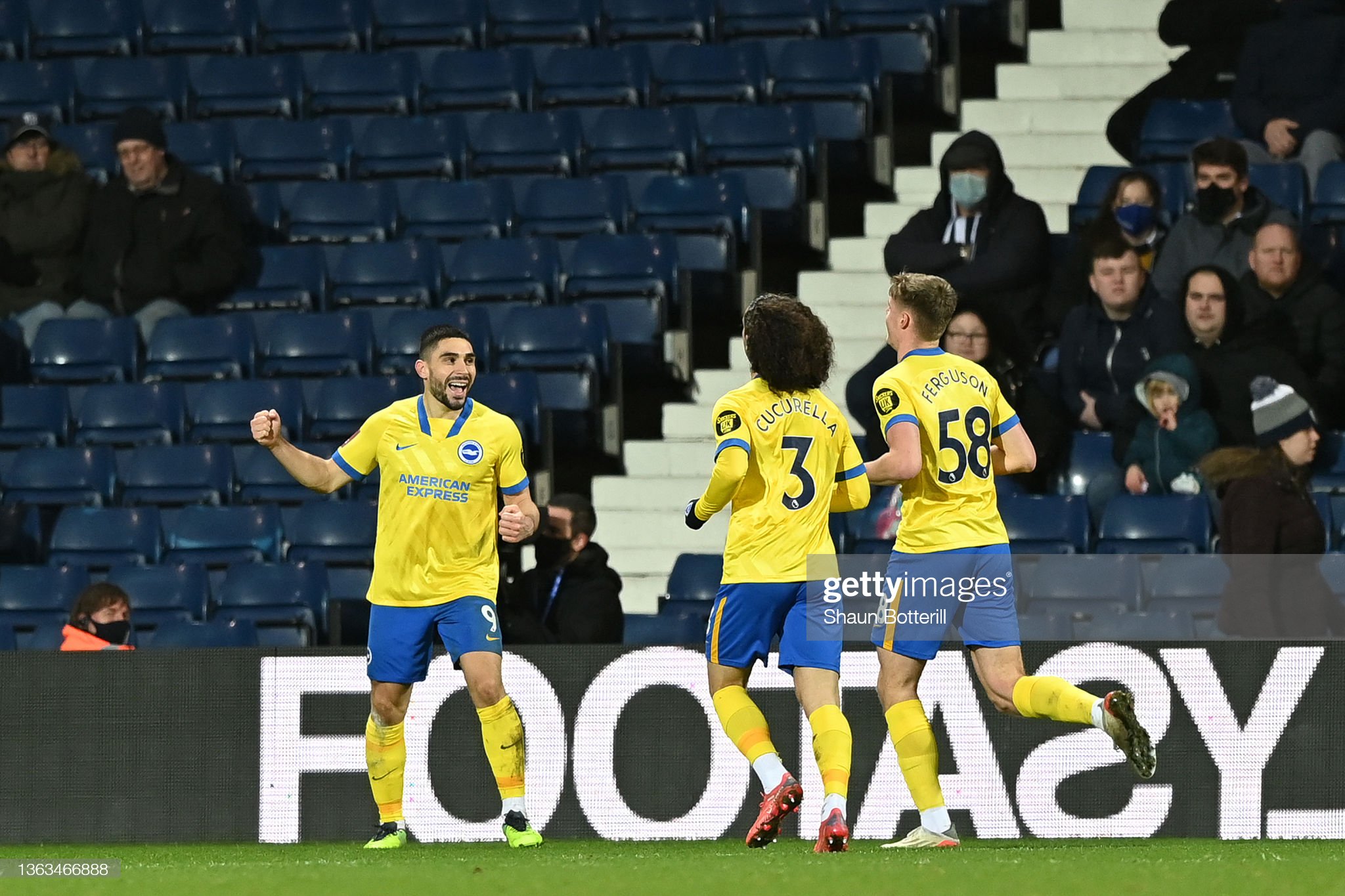 The Republic of Ireland Under-21 international set up Brighton's equalizer as they fought back to beat West Brom and reach the FA Cup fourth round after extra time at the Hawthorns.

During his cameo off the bench he also had a goal ruled out for a marginal offside call by the linesman.

"The fans travel in numbers to every away game and give us the support that we need. It was good hearing your name – it gives you even more motivation to try and win the game."

“I thought I’d scored the winner in front of them. I couldn’t see the ball because it was behind the goalkeeper, so I was already running over to the fans to celebrate and I was devastated when it landed on the roof of the net!”

Ireland defender Shane Duffy also made a substitute appearance and was in possession of the captain's armband.