Caoimhin Kelleher of Liverpool FC during the UEFA Champions League match between FC Barcelona v Liverpool at the Camp Nou on May 1, 2019 in Barcelona Spain (Photo by David S.Bustamante/Soccrates/Getty Images)

Cork youngster Caoimhin Kelleher could be in line for his Premier League debut this Saturday when Liverpool travel to Southampton.

First choice goalkeeper Alisson Becker is already sidelined with a torn calf muscle and is expected to be out for some time.

Kelleher himself has had his own injury woes this summer and has only recently returned to training following a wrist injury during pre season. 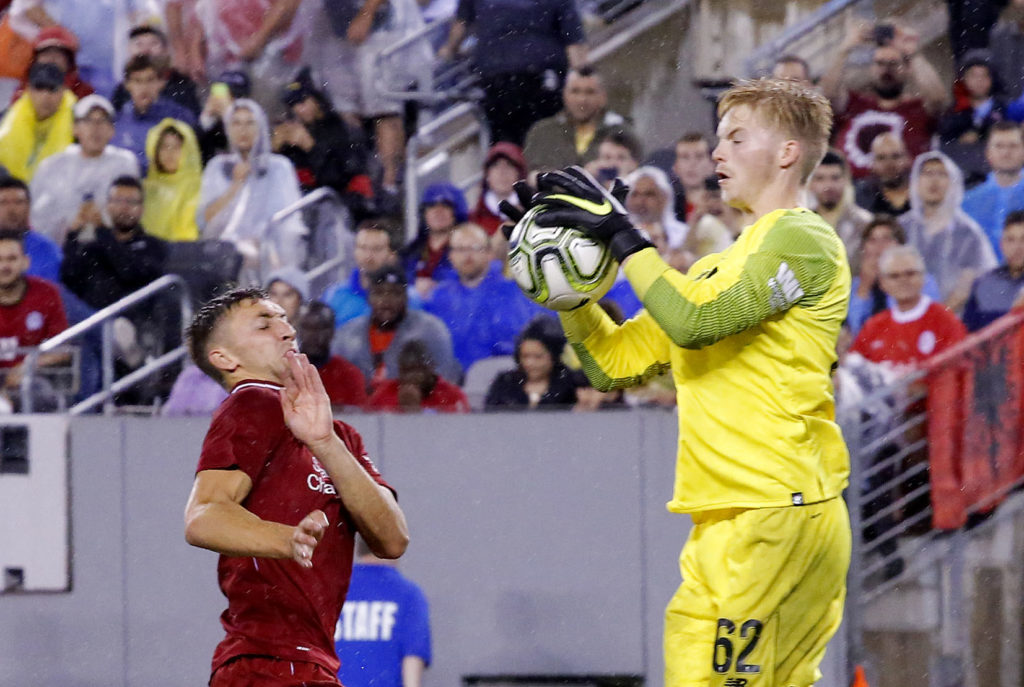 But Reds boss Jurgen Klopp is a big fan of the 20 year-old and feels he is capable of making the step up.

He said: “Caiomhin is a boy we are all excited about.

Veteran keeper Andy Lonergan is also in contention for tomorrow after joining the European Cup winners on a short term deal before the close of the transfer window.

"Adrian came in a week before, Andy Lonergan trained longer with us, played half-time in one of the pre-season games," explained Klopp.

On the Adrian injury he said:  "A supporter slipped and kicked his (Adrian's) ankle,” said Klopp.

"A supporter jumped over something, was chased by some security guys, slipped and kicked his ankle. It’s crazy.