Irish keeper Caoimhin Kelleher learns from the best at Liverpool

Caoimhin Kelleher of Liverpool during the Pre-Season Friendly between Blackburn Rovers and Liverpool at Ewood Park on July 19, 2018 in Blackburn, England. (Photo by Lynne Cameron/Getty Images)

LIVERPOOL’s Caoimhin Kelleher is looking to take his career to the next level after impressive displays against both Manchester clubs on Liverpool’s recent tour of the US.

The 19 year-old Cork native was a half time substitute in both games and kept a clean sheet as Liverpool routed Manchester United 4-1.

Kelleher featured five times for Liverpool’s U23 side last season and he feels his impressive performances in pre season are due to the senior players at Anfield making him feel part of things.

“To train every day with the first team is obviously the best experience you can get. It improves you so much,” he said.

“I think I’ve done well. Every day we train hard with the ‘keepers, we all push each other to do our best every day and I think that’s all you can do really, do your best, so I’ve been happy." 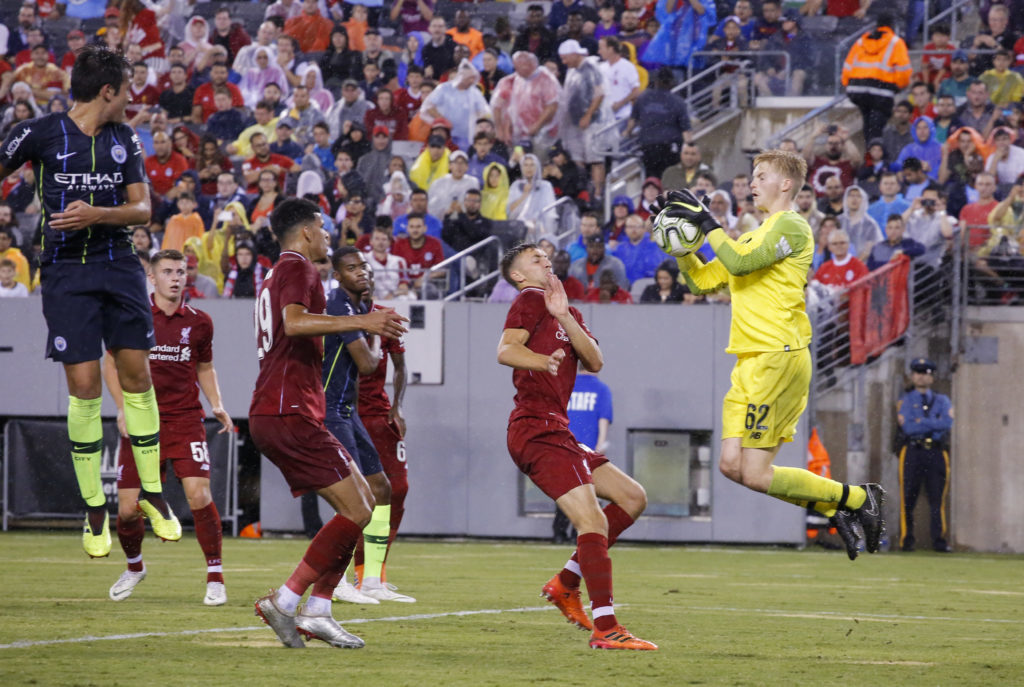 The Merseyside giants have recently splashed out £67 million on Alisson, so the immediate route to regular first team action might not be so straightforward.

But Kelleher is prepared to play the long game and has been impressed with what he has seen from the Brazilian international at Liverpool’s Melwood training complex.

"I’ve learned a lot from him already," Kelleher told LFC TV this week.

He’s a really good shot-stopper and he’s really quick, so I’m learning little things off that. He’s Brazilian as well, so he’s got a few skills!"

"He’s a top-class goalkeeper and a really nice guy as well which helps. I’m just trying to learn as much as I can from him.”