Jerseys from paradise: How Jock Stein helped get Clondalkin Celtic FC off the ground

BACK in the late 1960s, Clondalkin was just a small village, a mere shadow of what it is today.

With a current population of over 45,000, much has changed since then. Back in the '60s – and as is still the case in 2016 – the Round Towers GAA club was the most popular choice for those with an appetite for sporting activity.

But at a time when football was growing in popularity in Ireland, the sport's enthusiasts of the south west Dublin suburb had no place to turn.

To put that matter right, a group of men got together in 1969 to form a club that would adopt on the name of 'Celtic', based on the Glasgow Celtic who had lifted the European Cup two years earlier.

Due to the club’s Sligo-born founding-father Brother Walfrid providing Irish diaspora communities with hope and a way of life in Scotland, Celtic FC and Ireland have walked hand-in-hand since 1888.

Glaswegians will always be attracted to the club as it's their hometown team, but down through the years the Irish – both those abroad and those who have never emigrated – have ensured the relationship remains as strong as ever.

The story of Clondalkin Celtic and their formation in 1969 is perhaps a lesser known demonstration of just how appreciative Celtic FC have always been towards their Irish supporters.

A committee formed of around five to six men formed and included Willie Lynch, Kevin Dongohue and Bob Dillon – three men who already had a wealth of experience in football behind them. 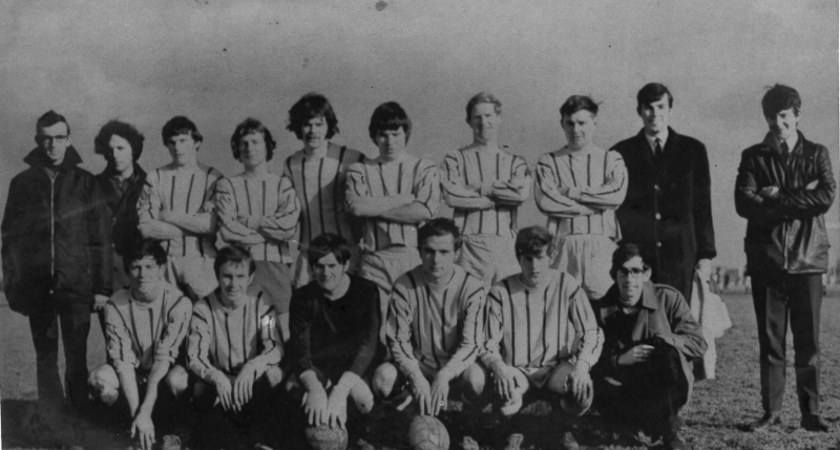 Bob Dillon is pictured here, fourth from the right on the back row

Bob Dillon was a scout for Glasgow Celtic and during his tenure he sent many players over to Scotland from Ireland, including one of Celtic and Ireland’s best ever goalkeepers – Packie Bonner – who turned out to be legendary Bhoys boss Jock Stein’s last ever signing at the club.

Indeed, thanks to Dillon's connection with Glasgow Celtic the club were sent their very first set of kits from Jock Stein and Sean Fallon, enabling them to use their extremely limited funds elsewhere.

Starting up a football club with next to nothing isn’t the easiest of tasks, so the committee took it upon themselves to get the ball rolling by heading to Phoenix Park in Dublin and pinching a set of goal posts.

The posts were subsequently replanted in the Community Centre in Clondalkin and the club soon began to generate great interest throughout Dublin, especially when news of Stein's input spread around the capital.

The seeds of Clondalkin Celtic were firmly sown in the village, but they weren't established with the village name in the initial title of the club.

Their original constitution stated the club shall be called ‘The Celtic Football Club’; that colours shall be green and white hoops and that the aim of the club shall be to ‘afford to the boys and young men of Clondalkin the opportunity to play association football in their leisure time’.

They continued with that initial name for a number of years before adding the village name to it, therefore becoming 'Clondalkin Celtic' – the name they still play proudly with to this day. 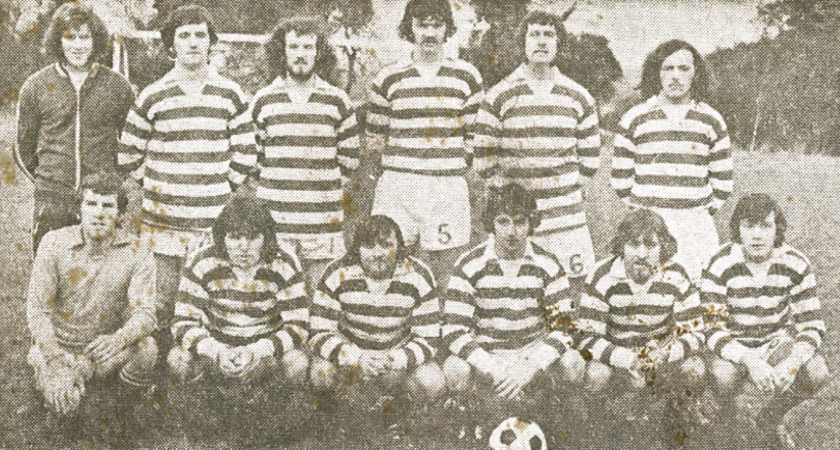 A Clondalkin team photo from 1973

A vast number of community clubs around Ireland have since adopted the name of Celtic, as is evident within many of the amateur leagues, from schoolboys upwards.

Alan Lynch, son of one of the founding members – Willie Lynch – remembers just how important the formation of Clondalkin Celtic was to their community.

He told The Irish Post: “Growing up in Clondalkin there was 1970 World Cup fever about the place, especially with that particular Brazilian team and the German and Dutch sides of that era.

“Everybody was football mad and our release was to join the newly founded club in the area – Celtic. In those days there was no leagues for under 8s or under 9s so we had to play under 12s for four to five years.

“My dad was the manager and my neighbour, Bob Dillon, was the Celtic scout for Ireland at the time. My mother would wash all the jerseys every week – it was always very much a community run football club.” 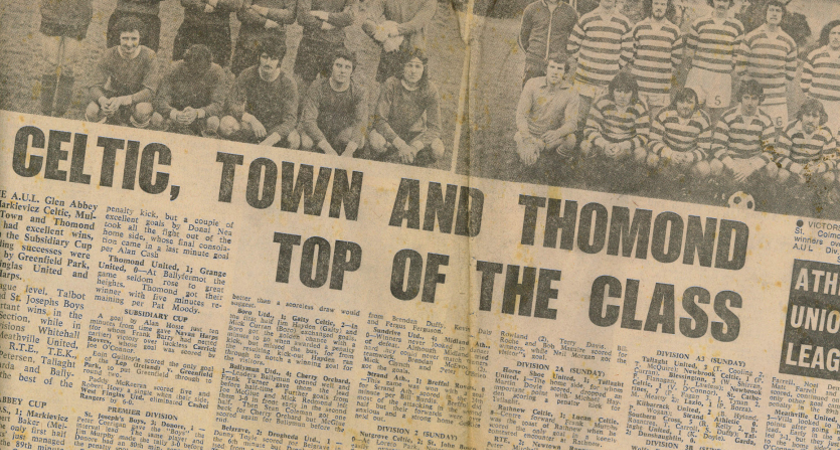 The club's progress was covered extensively by the Evening Herald

Within three years of Stein sending over a set of jerseys, the club had already won a treble and, after a few bleak years in between, Clondalkin are flying high once again.

“We’ve been a sleeping giant for a few years but we’re on the up again,” senior team manager Gavin Fleming told The Irish Post.

“We have been recently trying to find out as much about our history as possible as we’re currently experiencing an extremely successful period – we’ve been promoted seven years in a row.”

Currently the Leinster Senior Saturday Champions, Clondalkin made the switch to Sunday football this season in a bid for a bigger challenge after seven promotions, three league titles and a Noel Ryan Cup win.

“We’re sitting second in the Leinster Senior Major 1 Sunday League at the moment, so we're hoping to make the grade and that would be the route towards intermediate football.

"As the oldest club in Clondalkin I felt we went through a spell of underachieving as we've had some fantastic footballers over the years that have never got the recognition they've deserved, but now I feel they are.

Club Secretary Dean Walsh added: “I'm a big Celtic fan myself along with my brother, founder of Cluan Dolcain Celtic supporters club, so as you can imagine the link with Jock Stein is very interesting to me as I've never heard of it before.”

It’s tales of the likes of Clondalkin Celtic that make you realise just how much of an impact Glasgow Celtic have had on communities in Ireland in particular, and that connection shows no sign of slowing down anytime soon. 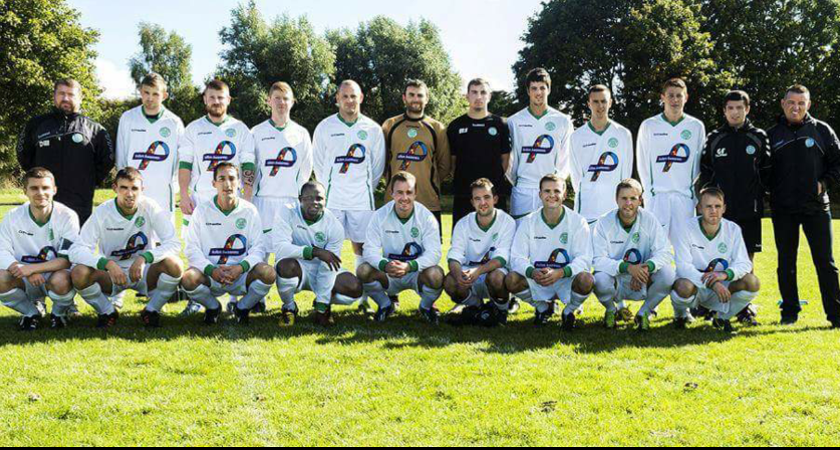 The Clondalkin Celtic FC squad of 2016