shares 42
Share this article:
OUTGOING MUNSTER BOSS Johann van Graan has fired back at Peter Stringer over comments stating that he is not committed to Munster.

The South-African is set to join English Premiership side Bath at the end of the season and has been under fire for Munster's lackluster displays since the announcement.

Munster's former scrum-half Peter Stringer feels that the head-coach has been distracted by an impending move to England. 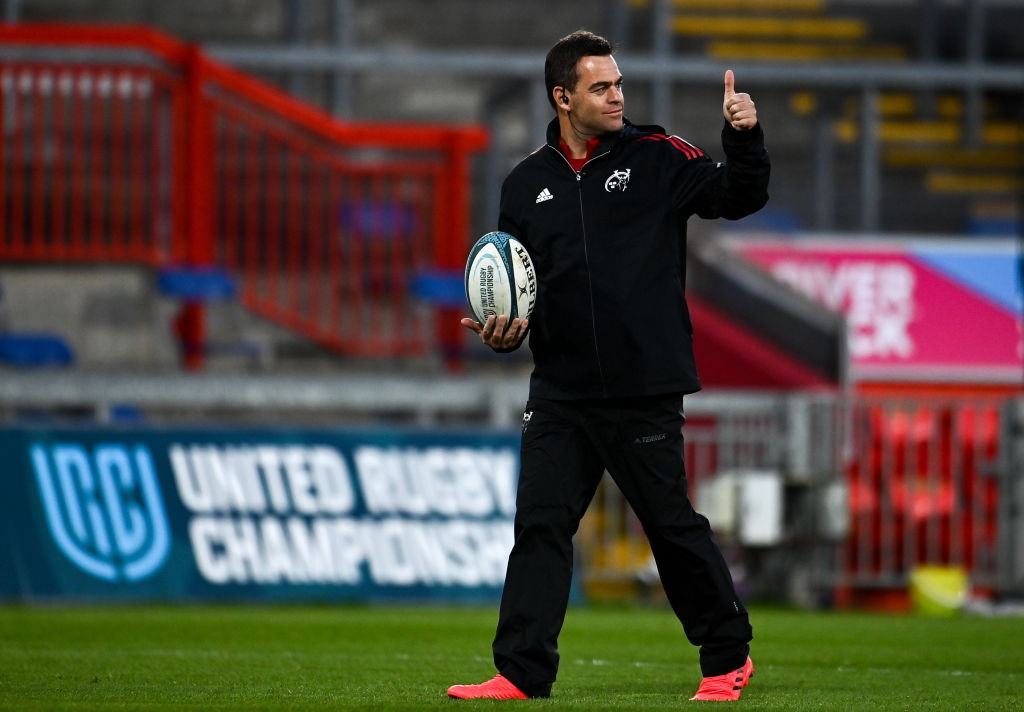 Stringer made the comments on RTÉ2's United Rugby Championship coverage on Saturday night. He felt that van Graan had already checked out

"I'm just not getting any emotion from Johann, a feeling that he wants to be here, and I think he doesn’t really want to be here, he changed his mind about his contract," Stringer said:

"For me, it’s about letting someone put up their hand and say, 'I want to take control of this place, I want to show my emotion and what it means to me as a person to run this organization’ and I’m just not getting that from him."

But the Munster coach has refuted Stringer's claims and says he is 100% committed to Munster, for now.

Van Graan  spoke on Wednesday ahead of Friday night's Heineken Champions Cup pool game away to Castres, and said:

"I absolutely want to be here," he said, when asked about the out-halfs comments.

"I've committed until the 30th of June with this club. I’ve communicated that to all the right channels as I’ve stated in the middle of December.

"I’ve been open with this group. I will continue to do so and I’ll continue to put every bit I have into this club until I leave here on the 30th of June."

"The important thing from my side is I've got a job to do and that's being the coach of this group of players and this team. I'm very privileged and proud to be that and will continue to do so.

"It's very important to note that the fans of Munster have been incredibly good to my family and I.

"I think it's important to note that we as a club are united. The people that work for Munster Rugby, we are all in this together and one of our core values is community and I believe that you should always see the best in people.

"I understand that some people are not happy with some of our performances and we as a group have taken responsibility, not because they think that way but because of our own standards."

🎥 PRESS PASS | Munster Head Coach Johann van Graan & Gavin Coombes spoke to the media at our weekly press conference ahead of #COvMUN yesterday, see some of the best bits ⤵️#SUAF 🔴