John O'Shea might be Ireland's most successful ever footballer.

If you're basing it purely on trophies, and the importance of these trophies, there aren't many who could come close to the big man.

During his time at United he won Five Premier League titles, The Champions League, The FA Cup, The League Cup, and The Club World Cup.

To celebrate his 40th birthday, we have compiled a list of his five best moments:

The goal against Germany

Sure we'll start with the best one. Ireland were a goal down away against Germany, and all hope seemed lost. A defeat was expected, but it would have made qualifying for Euro 2016 extremely difficult.

Then Wes Hoolahan pinged a ball into the box, Jeff Hendrick kept it alive, and for some reason John O'Shea was there to stick it home. A gorgeous finish that sent the country wild.

Goosebumps even now. Neuer had no chance.

The nutmeg on Figo

It would be an absolute crime if we didn't include this. John O'Shea, at the time a young lad from Waterford, picked the ball up and decided to nutmeg one of the best players in the world in Luis Figo.

It should be a bank holiday in Waterford, and a day of mourning in Portugal.

Making 100 appearances for your country is an incredible achievement, and O'Shea went a further 18 beyond that.

He also captained the country in some incredible games, and will be remembered as one of the most hard-working men to ever pull the Green jersey.

The chip against Arsenal

In one of the most exciting Premier League matches ever, United defeated Arsenal 4-2 while the rivalry between the two clubs was at its peak.

United's fourth goal was a tasty chip from O'Shea after a superb through ball from Paul Scholes.

Is John O'Shea's chip against Arsenal his finest moment in football? 👌pic.twitter.com/gMCOpSvxJi

His celebration says it all.

Hopping in goal against Spurs

O'Shea's versatility is part of the reason why Sir Alex Ferguson kept him around the United squad for so long.

He could play anywhere. Literally, anywhere.

Even in goal, where he kept a clean sheet and even denied fellow countryman Robbie Keane a goal with a great save/tackle. 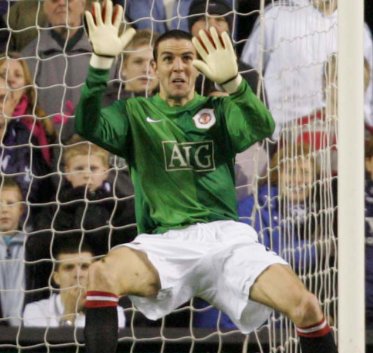