The legendary Argentina rugby icon featured alongside Sexton during the tail end of his playing career with Leinster.

He rejoined the Blues this summer as backs coach and sees strong parallels with his fellow countryman Messi and Ireland’s star fly-half.

Contepomi said: “We could see his high standards coming through.

"But what's more impressive, and it's what makes him the guy he is, is that he has kept up those high standards, expectations and hard work.

"Everyone speaks about Messi, but when you talk to a friend or colleague of Messi, they say he's the first one to arrive, the last one to leave.

"So you have that talent but you have to back it up with hard work, and that's Johnny. 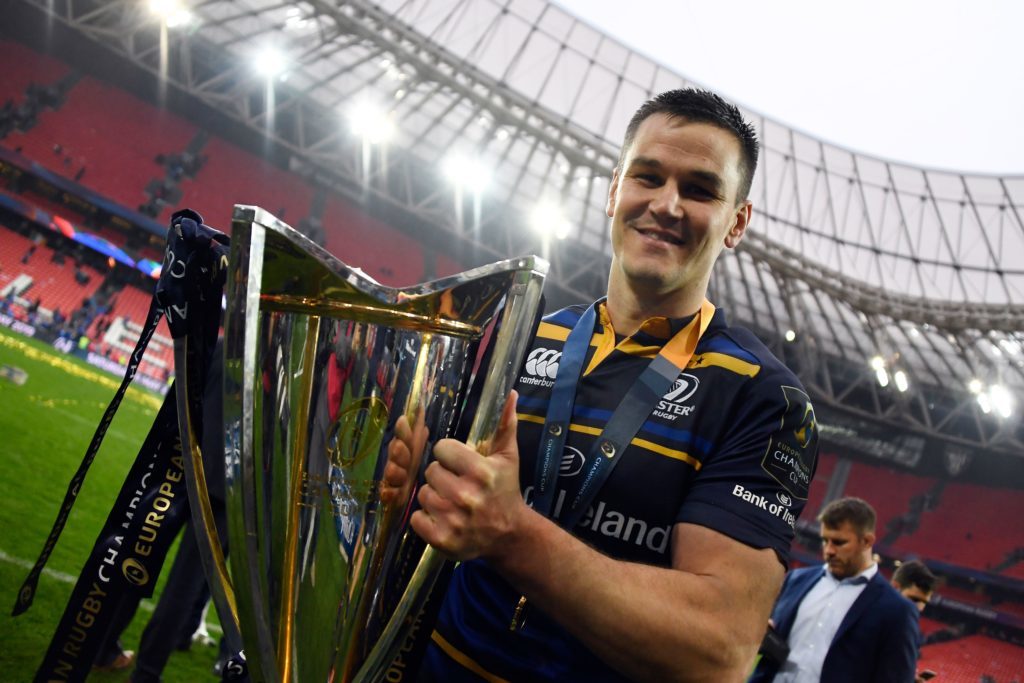 Leinster's Johnny Sexton poses with the trophy after the 2018 European Champions Cup final rugby union match between Racing 92 and Leinster at the San Mames Stadium in Bilbao on May 12, 2018. (Photo: GABRIEL BOUYS/AFP/Getty Images)

"He's a talented footballer but definitely when you see him the way he's been all his professional career, the way he behaves, that's what made him become a different player."

It will be hard to to top Leinster's last campaign which, culminated in Pro 14 and European Rugby Champions Cup glory.

That is the challenge. And for head coach Leo Cullen, Sexton was the stand-out choice when former captain Isa Nacewa retired to lead the new era.

He said: “Johnny is a player and person who is always striving to improve and get better and he has driven incredibly high standards during his time at Leinster, where he has become one of the most decorated players in the game.

“He has already carried out the role of captain of the team on a number of occasions and we are very fortunate to be able to announce Johnny as club captain for the 2018/19 season as he is a player that greatly deserves this honour."