Peter O'Mahoney and Jonathan Sexton after the Guinness Six Nations Rugby Championship match between England and Ireland at Twickenham Stadium in London, England. (Photo By Brendan Moran/Sportsfile via Getty Images)

LEAVING Twickenham on Sunday evening, you couldn’t help but feel a sense of déjà vu.

This was England’s first home game since the World Cup final and, despite their early Six Nations defeat to France, the home fans around Twickenham’s pubs and terraced streets were confident of beating Ireland beforehand, especially with the victory in Dublin last year and the hiding they inflicted on Joe Schmidt’s men ahead of the World Cup last August still fresh in the minds.

In both those matches, England started so fast that Ireland never, ever got going.

Unfortunately, for those in green, history repeated itself on Sunday. 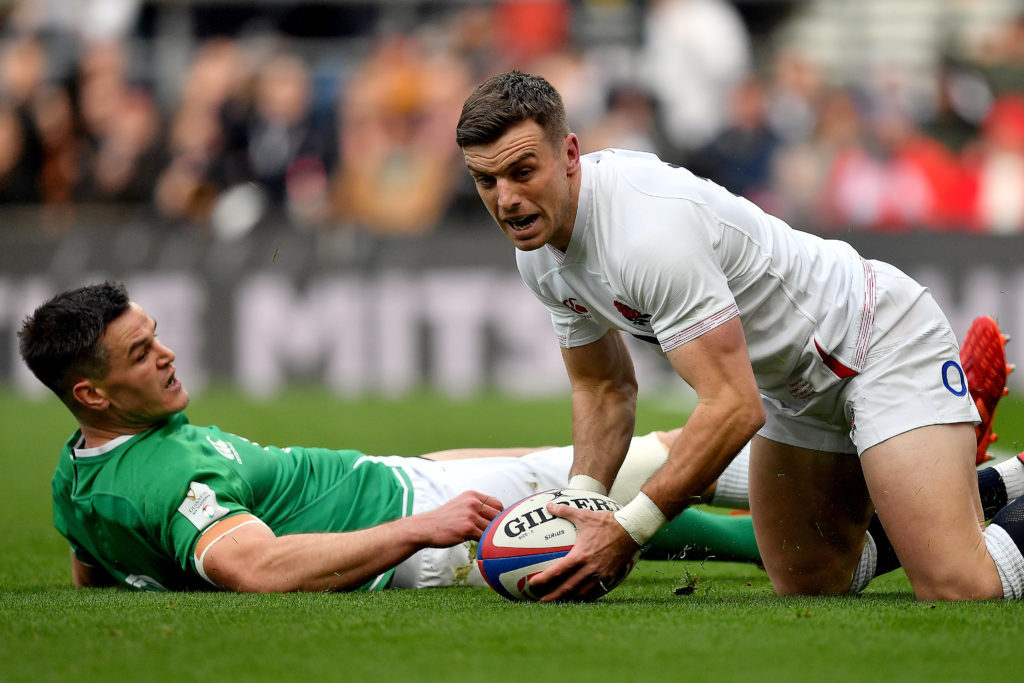 After just eight minutes, Ireland were down 7-0 when George Ford capitalised on Johnny Sexton’s dawdling in his own dead ball area. Then came the sucker punch on just 24 minutes.

Ford clipped a ball in behind Ireland and, like Sexton did for the first, Jacob Stockdale dallied, allowing Elliot Daly to score England’s second try for 14-0.

At this level, these were unforgiving tries to give away and Ireland never recovered, even with Robbie Henshaw scoring early on in the second half.

However, that explanation is too sympathetic considering displays similar to this were frequent towards the end of Schmidt’s reign.

As the slow start and lack of competitiveness showed once again, the problem appears as much mental as it is strategic.  Certainly, Ireland have looked lightweight against top sides for some time now, while the tried and trusted players are not performing.

At 34, Sexton isn’t influencing games like he used to, and you could argue that Leinster have hardly missed him this season.

Not only did he gift England a try, but he later missed a straight-forward kick to get Ireland back into the match, before failing to find the posts again following Henshaw’s try.

Afterwards Farrell held his hands up for the defeat, saying that “the result flattered us” and that we need to “dust ourselves down and go again.”

Fortunately, by virtue of having those two home wins against Wales and Scotland to start off, Ireland can do just that as they still have a chance of winning the Six Nations.

The Italy match should take care of itself, but, with France buoyant after wins against England and Wales, Stade de France looks like a particularly ominous place to visit right now.