LIVERPOOL, ENGLAND - JANUARY 09: Luke Leahy of Shrewsbury Town and Conor Bradley of Liverpool during the Emirates FA Cup Third Round match between Liverpool and Shrewsbury Town at Anfield on January 9, 2022 in Liverpool, England. (Photo by James Baylis - AMA/Getty Images)

TYRONE'S CONOR Bradley has been backed to reach the next level of his development by his manager Jurgen Klopp. Bradley was part of the Liverpool side that beat Shrewsbury 4-1 in the FA Cup at Anfield.

Bradley, 18, has enjoyed a meteoric rise since joining Liverpool from Dungannon Swifts in 2019 and has made four senior appearances for Jurgen Klopp's Reds this season including his debut in the Champions League.

The Castlederg native had a hand in the first and third goal and Klopp gave special mention to his youngsters.

Conor's message for the fans after a big performance 🙌 pic.twitter.com/aeKndTpTgp

"I am delighted, even when I know they both can do so much better because they are real talents," Klopp said of 18-year-old Bradley and Gordon, who at 17 became the club's youngster FA Cup scorer.

"I'm really happy about that and I'm happy about a lot of things. Conor can play how good he could be and can be in the future. And Kaide obviously finishing-wise he's an adult, his finishing is really exceptional, but all the rest he is still a kid. So playing the position the way he plays, there is so much to improve."

Klopp returned to the sideline  after his period of isolation ended and Liverpool's Covid-19 outbreak. Liverpool's training ground was closed and the EFL semi-final with Arsenal was called off during the week.

"We had last week a proper outbreak and it showed up that we had a lot of false positives but the rules are like they are so all these players who are false positives couldn't play, said Klopp

"The only real positive came from Trent Alexander-Arnold and all the rest were false positives." 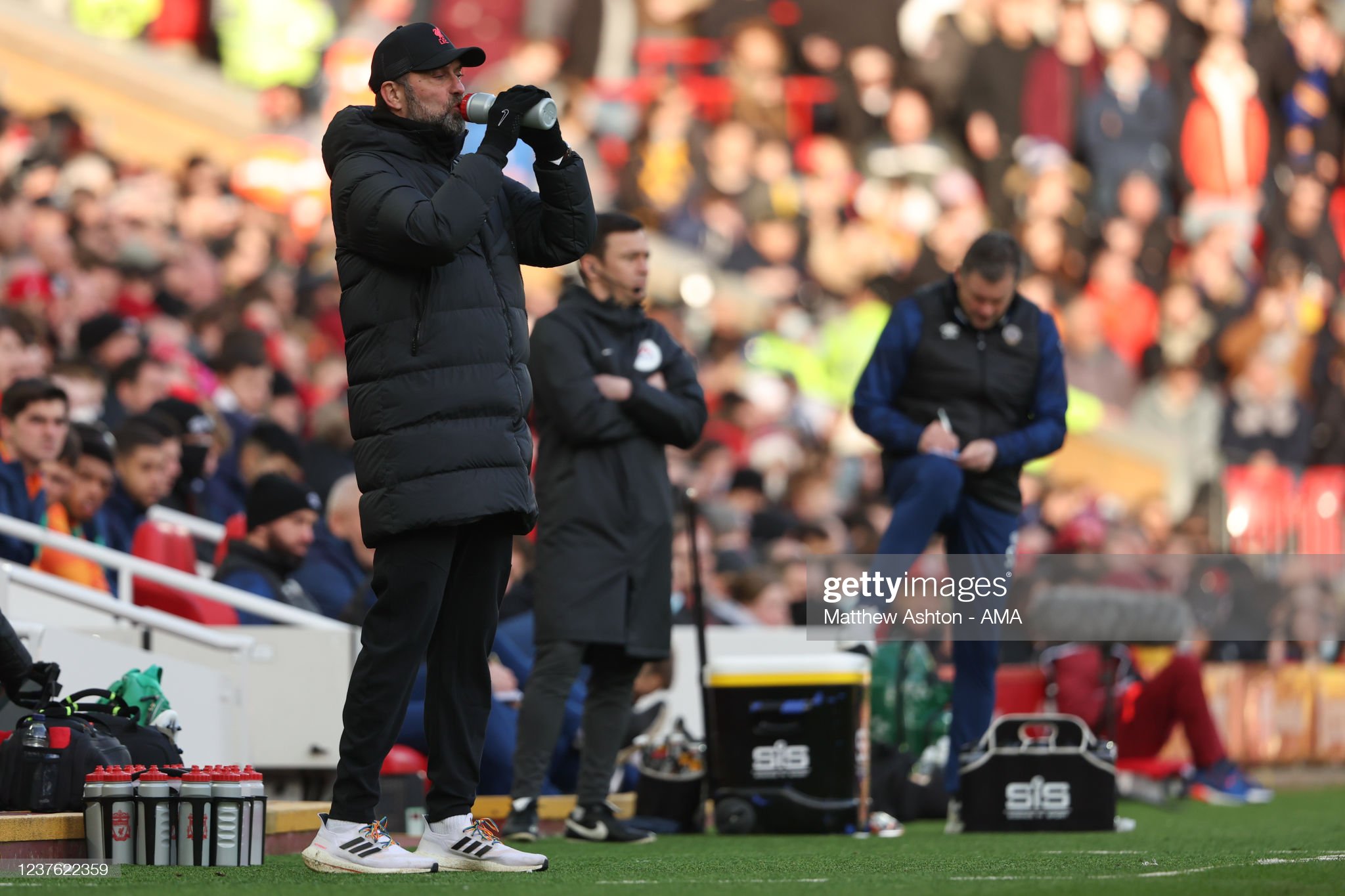