She successfully defended her crown despite a stubborn challenge from the former world featherweight champion in front of 20,000 spectators.

The Irishwoman struggled to find her range in the first two rounds as Han kept her at bay, but she soon settled and dominated proceedings.

With Taylor in the ascendancy, Han went on the offense to salvage the fight, however it only allowed Taylor more opportunities to pick her punches and wear her opponent down. 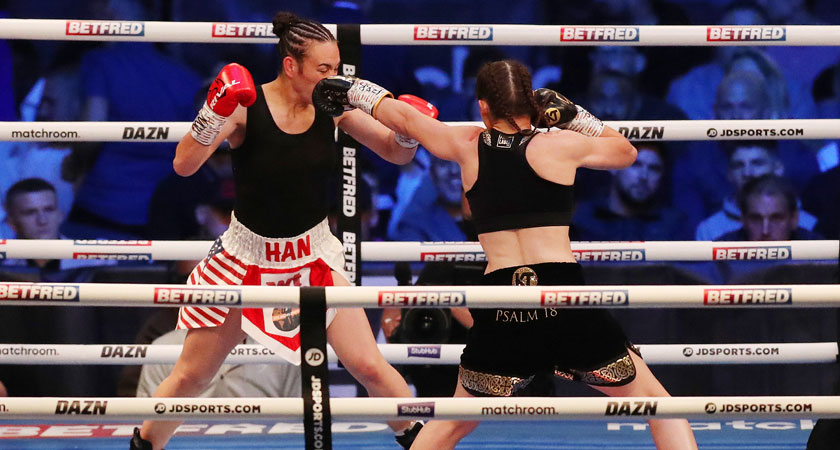 The Bray woman then floored her tiring opponent in the eighth with a flurry of punches, ultimately securing a unanimous decision win with scores of 100-89 from each of the three judges.

Han claimed she had slipped but it was ultimately moot as Taylor comfortably saw out the last two rounds to extend her unbeaten record to 19-0.

Having seen off mandatory challenger Han, talk will now turn to a potential unification bout with Puerto Rican Amanda Serrano. 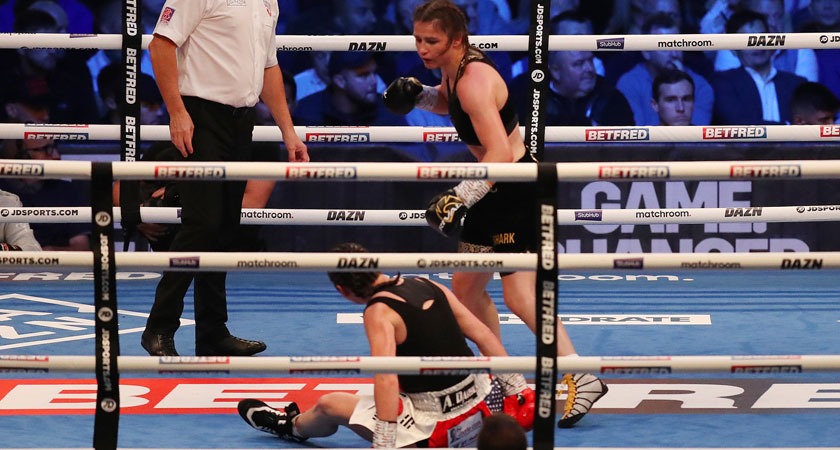 The seven-weight world champion defended her WBC and WBO world featherweight titles with a points victory over Yamileth Mercado a week ago.

Taylor was expected to face Serrano last summer, but discussions were halted as a result of the Covid-19 pandemic.

Ahead of the Han fight, Taylor made no secret of her desire to finally face Serrano,

"I would absolutely love the opportunity to fight against her," Taylor told ESPN.

"It's a huge fight and probably the biggest fight out there in women's boxing.

"The ball is in her court."