KATIE TAYLOR will soon co-headline a boxing card with Conor Benn on December 11th inside the M&S bank Arena in Liverpool.

Taylor who is the WBA, WBA, WBC, IBF, WBO, and The Ring Lightweight Champion will take to the ring for the third time in 2021. The other co-feature will have Conor Benn, the son of Nigel Benn. Benn is a undefeated welterweight heading looking to progress further in his career. Both fighters do not know what opponent they will face yet.

Save the date!! We are back in Liverpool December 11 with a huge card topped by @ConorNigel and @KatieTaylor - full announcement coming this week! @daznboxing pic.twitter.com/Qft0nFORD4

Katie Taylor and her boxing journey

Taylor,   has become an Irish sporting legend after making her debut in 2016. She won Olympic gold, winning the WBA Lightweight Title in 2017. She followed him up with WBC and The Ring Lightweight Titles in 2019 against Delfine Persoon to become the undisputed champion. She would fight Persoon and then beat Jennifer Han and Natasha Jonas in 2021.

"I had less than a week at home after my last fight and then it was back to the US to start training again because I wanted to get another fight as soon as possible,” said Taylor in a press release. “I'm looking forward to finishing the year on a high in Liverpool with a big performance and another successful defence of my titles."

This news comes days after it was revealed Amanda Serrano will fight on the same night as Jake Paul v. Tommy Fury on December 18th.

Conor Benn is 25. He made his boxing bow in 2016, known as "The Destroyer", he beat Cedrick Peynaud back in 2018 to become the WBA Continental (Europe) Welterweight Champion. He has defended the belt five times, his last bout against Adrian Granados in September.

“I’m so excited to fight in Liverpool again after fighting at the arena back in 2018,” said Benn. “I was in Liverpool earlier this month for the Liam Smith vs. Anthony Fowler show and the atmosphere was absolutely incredible. I’m expecting another banged out crowd and top atmosphere on December 11 as I look to end 2021 with a bang.” 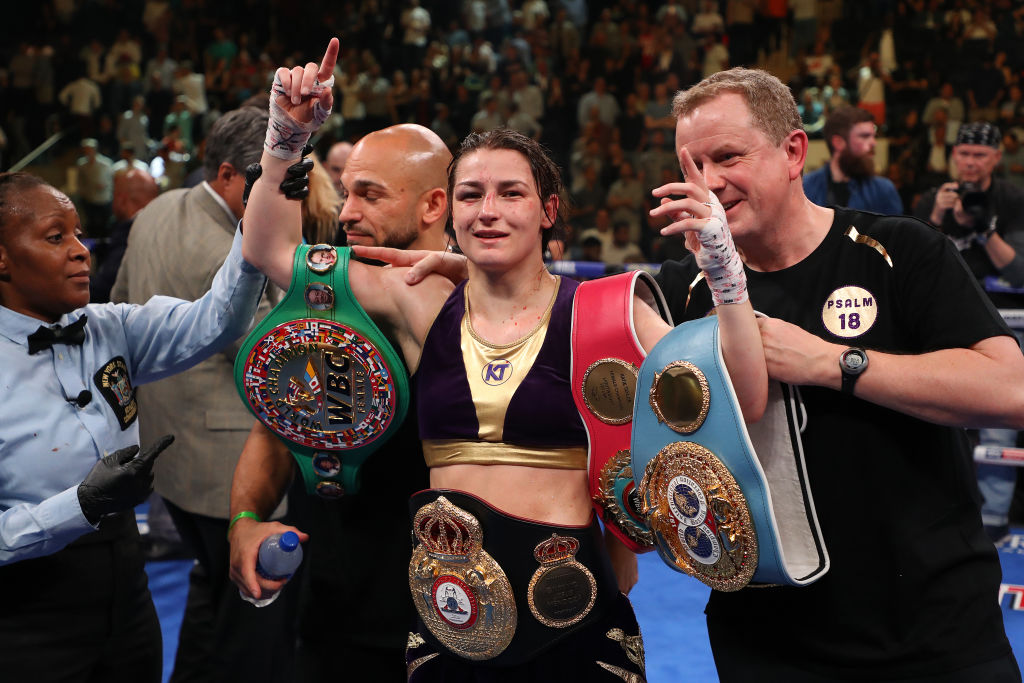