LAST WEEK Amanda Serrano suggested her fight with Katie Taylor go to 12 three-minute rounds. This isn't done in women's boxing and will not be happening according to boxing officials.

The contest will stay at the traditional ten two-minute rounds.

The World Boxing Council, one of the four sanctioning bodies for the biggest fights in boxing history, swatted away the idea of it happening. 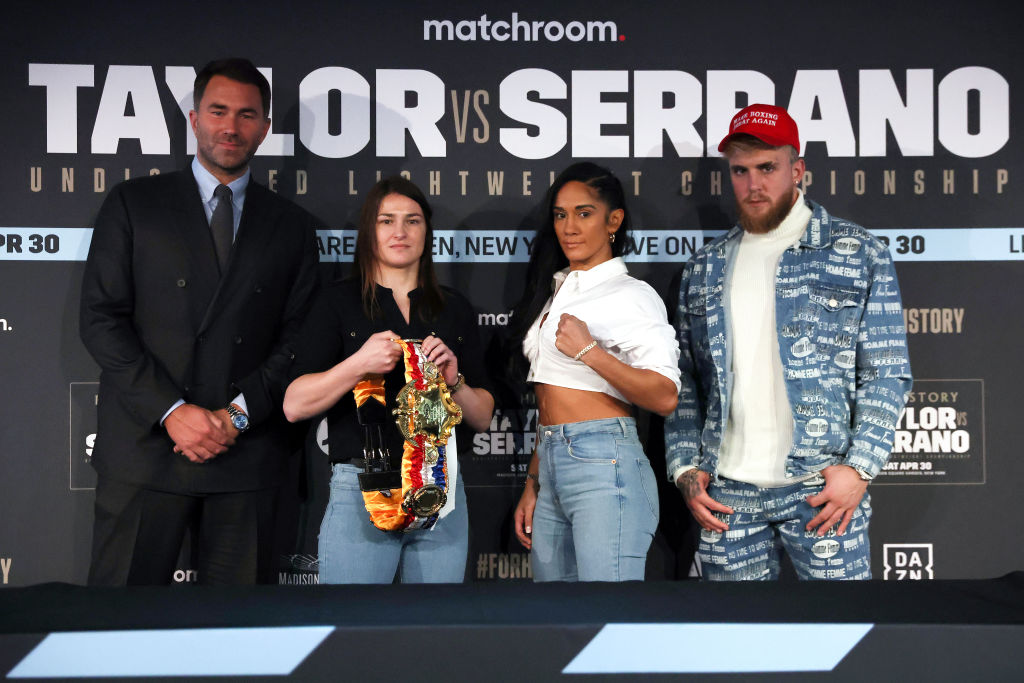 Speaking to the indo

“The WBC is very clear and stands firmly with the decision only to support, approve and sanction women's fights over ten rounds with a length of two minutes per round.

“This has been our position since we started sanctioning women's championships in 2005 and we are not willing to change it.

“The top priority of the WBC has always been and will always be the health, safety and wellbeing of the boxers. The only reason the WBC exists is because of the boxers and to be a service for the boxers.”

“I honestly don’t see any good reason for change,” she said,

“Whenever I am asked why we are not changing our rules, I tend to reply by asking, why should we? Some people argue that women will not get paid the same or get the same attention as men as long as they are fighting over a shorter distance. To me, this is just a wrong assumption.

“Of course, we believe in equality and we fight for equal pay for women in boxing. But there is no reason for them to take a bigger risk to get what they deserve.