KYLIE MURPHY has been named the first-ever Soccer Writers of Ireland women’s personality of the year. The Wexford Youths captain was instrumental in her side's displays in the Women’s National League in 2021 and even lifted an FAI Cup.

“First and foremost, I’m delighted that a women’s award has been created. That’s the big highlight but to be the first name on it is pretty huge,” said Youths captain Murphy.

The 33-year-old is from Carlow and has never played as a forward in her life, but took to the role like a duck to water. She had originally started off as a midfielder. She bagged 15 goals for her side, but missed out on the golden boot to Aine O’Gorman by a goal. 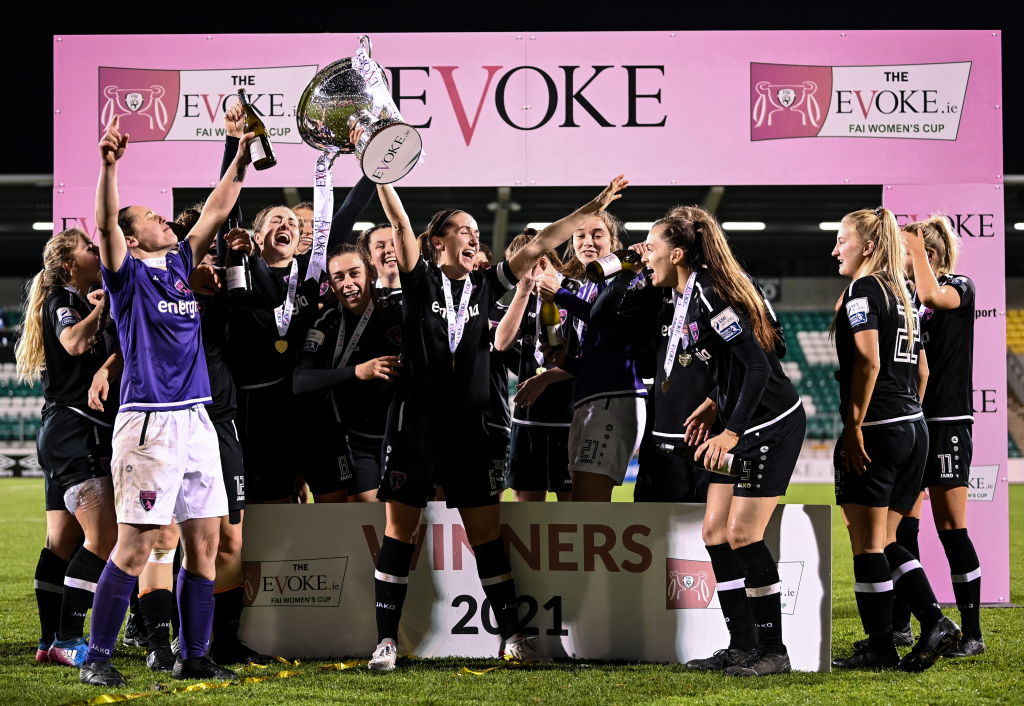 In the men's category Stephen Bradley, the Shamrock Rovers head coach picked up the mens version for leading Rovers to the league title again for the second year in a row.

“For me, it’s brilliant when you look at the names on the trophy. It is an honor to win it.

“It’s more a reflection of what the team has achieved and, thankfully, I get named for the award as a personal accolade but I think it’s more down to the team."

The goalkeeper of the year went to St Patrick’s Athletic goalkeeper Vitezslav Jaros. His loan move from Liverpool was a successful one, so it seems

Jaros, who is back at Liverpool ahead of another expected loan, said:

“To get the trophy for Goalkeeper of the Year is brilliant on top of the FAI Cup final and everything that happened last year.”

Shelbourne’s Gav White was named public relations officer of the year while Dundalk took home the website of the year award.

The Liam Tuohy Special Merit Award went to Jerry Harris, the late volunteer who was involved in Cork football, including the creation of Cork City in 1984.