Dublin , Ireland - 16 October 2021; Georgeville, with Colin Keane up, on the way to winning The Manguard Plus Trigo Stakes at Leopardstown Racecourse. (Photo By Matt Browne/Sportsfile via Getty Images)

DUE TO the rise of Covid-19 cases in Ireland, the Leopardstown Racecourse Christmas festival will be behind closed doors this year.

The festival, which is sold-out includes four days of National Hunt racing and entertainment takes place from December 26th until December 29th.

Only industry, owners and members are permitted to attend. This comes from an update from organisers, the general public at this year’s festival won't be allowed attend

Up to 5,000 people had been expected to attend. Full refunds will be processed as soon as possible, they added 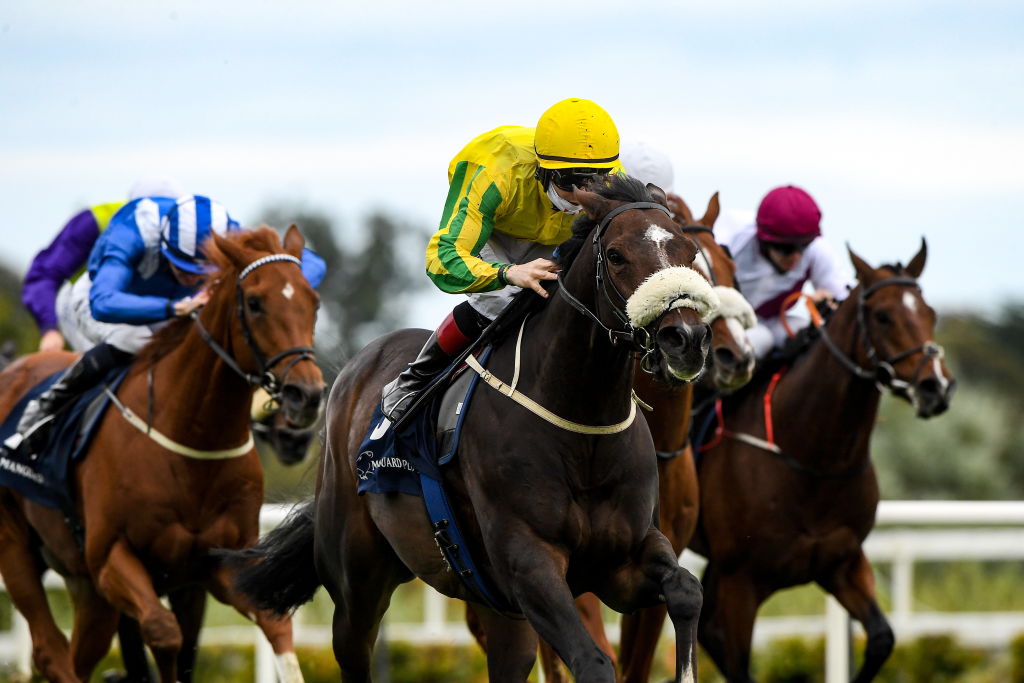 Dublin , Ireland - 16 October 2021; Georgeville, with Colin Keane up, on the way to winning The Manguard Plus Trigo Stakes at Leopardstown Racecourse. (Photo By Matt Browne/Sportsfile via Getty Images)

Tim Husbands, chief executive of Leopardstown Racecourse, said the decision was due to the rising case numbers of the Covid-19 virus over the past couple of days.

“We have seen the rising case numbers nationally and locally reflected in our staff over the past few days, a situation that has become increasingly concentrated over the past 24 hours and has forced us to make this late decision,” he said.

Mr Husbands acknowledged it would be “hugely disappointing news” to those who had purchased tickets, adding it was also “deeply disappointing to the team here who have worked so hard in putting a fantastic festival together”.

“Our team will process refunds as soon as possible so please do not call or visit the racecourse. We will issue your refund in due course and no later than 28 days after the event. We appreciate your patience in this matter.”

However, Mr Husbands said they still had the necessary staff and expertise to put on “four brilliant days of racing” from Sunday, which can be viewed on RacingTV and RTÉ.