WHEN you think of extraordinarily talented Irish sportsmen who were a little too fond of the drink, George Best, Alex Higgins and Paul McGrath spring to mind.

It’s easy to wonder how much more each of them might have achieved had they not enjoyed the party lifestyle in their spare time.

Best may have won another European Cup, Higgins could have won more than two World Championships and McGrath might have been a multiple Premier League winner had Alex Ferguson not grown fed up of his off-field exploits.

That’s not to diminish their remarkable achievements, and if half of us had never touched a drop, who knows what we could have been achieved in our own lives as individuals.

A less renowned flawed genius whose talent and achievements slipped under the radar goes by the name of Tommy Byrne.

Generally speaking, only motorsport enthusiasts are aware of Dundalk native Byrne and his brush with Formula 1 fame in the early 1980s.

At a Q&A session at Picturehouse Cinema in Piccadilly following last week’s premiere of a new documentary named Crash and Burn – which details his largely underplayed career – Byrne recited a tale that emphasised both his phenomenal talent behind a wheel and his reckless love affair with alcohol.

The story, in his words, went a little something like this - he was in France for an F3 race, but qualifying got rained off for the day with little chance of that decision being overturned.

Not one to hesitate on taking a risk, Byrne took his crew of mechanics – one of which was former Jordan engineer Gary Anderson – to a small French café and taught the staff how to make an Irish coffee.

Byrne and his pit crew had “seven or eight” Irish coffees before being informed that qualifying was back on, and they had no choice but to return to the track or be disqualified from the race.

Well over the limit to drive any vehicle let alone an F3 car, Byrne went out on the track and qualified for the following day’s race. “I felt fine,” he shrugged, recalling how he went on to finish the race in sixth place.

Yet for all the tales of his erratic drinking, Byrne maintains it never got in the way of him fulfilling his potential.

“It’s all a load of bulls**t that I didn’t make it because of the partying,” he said, revealing how he and Gerhard Berger used to stay out all night the day before a race. Berger, of course, went on to make millions driving for McLaren, Ferrari and Benetton in F1.

So if it wasn’t the drinking that stood in the way of Byrne becoming a sensation, what was it?

“People treat you differently when you’re poor,” he says in the film.

Unfortunately for him, and anyone else from an underprivileged background, F1 has always been an elitist sport. However talented, a penniless, disobedient kid from Dundalk was always up against it.

In most single-seater formulas, you must stump up cash to get a drive, and from there you earn your reputation. Byrne had nothing to offer other than his driving skills.

But as word got around of just how fast Byrne could go, teams began giving him drives without demanding the sort of sponsorship income normally expected. 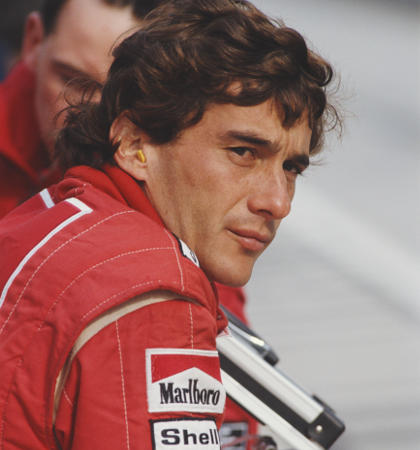 Such was Byrne’s unique talent, he progressed from driving a Mini Cooper in a stockcar race to competing in F1 in just over four years, thanks to friends and businessmen back home who rallied to cover his expenses.

"Tommy got to Formula 1, of course because of his talent, but also by the help of his friends, who went beyond what is normally done by friends to get someone to F1,” said Crash and Burn director Sean O Cualain.

“They just really believed in him. And even this film could not have been made without all the personal archive from all his friends who had taped it on VHS.

"That's all we had, because a lot of it had been wiped."

Before making it to F1, Byrne rubbed shoulders with a man who would go on to win three world championships in the sport – Ayrton Senna.

"We pretty much lived together,” said Byrne, recalling how he and the Brazilian – who came from a wealthy background – never got on when competing at Formula Ford level in the early 80s.

“He knew how good I was, and I knew how good he was, but I think he was the one who was a little bit more jealous of me than I was of him.

“He was the one who got p****d off about me winning the Ford Championship, I think that’s where it all went wrong between us.”

Senna eventually made his name in F1 with McLaren, a team Byrne may have joined had he fitted into their high-class, ultra-professional operation.

Given a chance to impress them on the back of qualifying a Theodore, by all accounts a terrible car, for an F1 race – something no one else could do with that particular model – McLaren asked Byrne in to test drive their car. 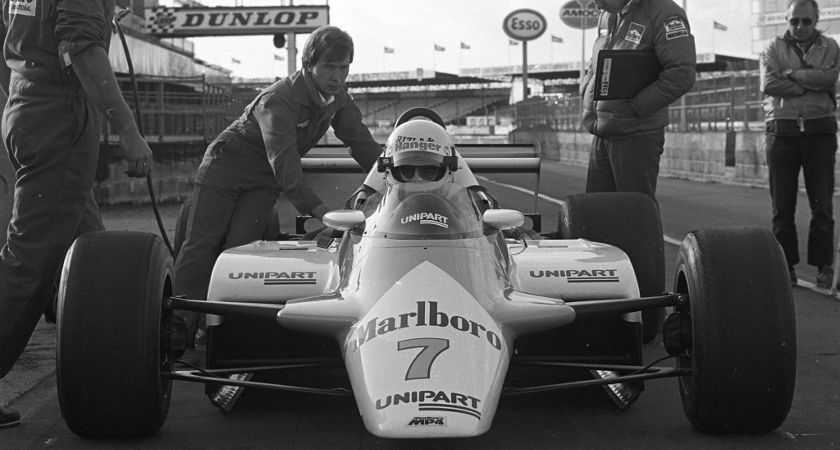 “I could have qualified on the front row of a Grand Prix with my times, but I went back to a Theodore.”

McLaren couldn’t argue with the times Byrne set, but his cocky persona didn’t quite sit so well with them.

His working-class background was also a concern for the snobbish McLaren crew, with Byrne recalling the moment he knew an offer would never arrive – when the boss Ron Dennis asked him what his parents did for a living.

But reflecting back on being beaten by the system, Byrne has few regrets.

“I went through my life knowing I was quick, and I proved it. Things have been pretty good (since retiring). I'm doing fine, I'm still alive."

Now a driving coach with his own business in America, all without ever having altered his personality or forgotten his roots, the best driver you might never have seen has something money can’t always buy – peace of mind.