BREMEN, GERMANY - MAY 18: Head coach Ralf Rangnick of RB Leipzig looks on prior to the Bundesliga match between SV Werder Bremen and RB Leipzig at Weserstadion on May 18, 2019 in Bremen, Germany. (Photo by TF-Images/Getty Images)

RALF RANGNICK has reportedly agreed a deal that will see him become Manchester United's interim manager until the end of the season.

The Manchester club have been looking to find a managerial replacement after they decided to dismiss Ole Gunnar Solskjaer after three years in charge.

United said that their plan was to hire an interim manager until the season closes and then would look to hire someone permanently come the summer. 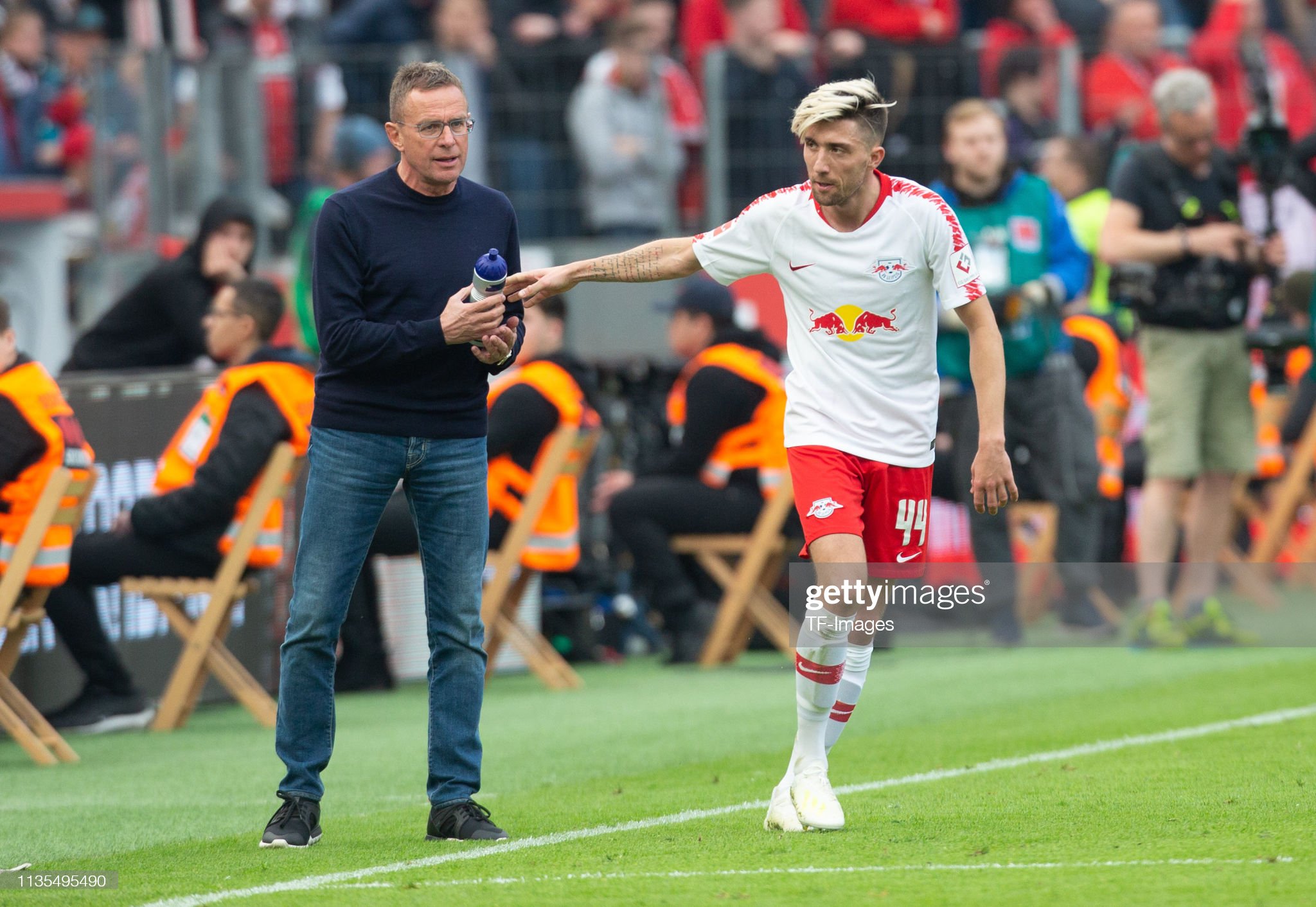 According to The Athletic ,the German will be handed a 2 year seat on the board after his short tenure. He is the current head of sports and development at Lokomotiv Moscow.

The consultancy role, with that contract stretching a further two years may also be an option.

Lokomotiv have to grant Rangnick’s release, but the club do not expect that to be an issue.

The 63-year-old is seen as one of the best coaches in world football and is credited with Gegen pressing and the mentor of Liverpool's Jurgen Klopp and Chelsea's Thomas Tuchel has two of his students. He's also transformed the Redbull system.

He will now be tasked with navigating United through the rest of the Premier League campaign.

United take on league leaders Chelsea at Stamford Bridge this weekend. They will look to end a run of just one win in seven Premier League games

Michael Carrrick will once again lead the side out as it is expected that Rangnick will not be in the dugout for that game due to work permit issues.

"You’re kind of born to be a coach. Even at the age of six I wanted to show others how they could improve."

Ralf Rangnick is known as the godfather of German coaching. He's now the manager of #MUFC@honigstein charts his story to the top & explains what to expect from him.

There is then a hope that Rangnick could be in place for the home game against Arsenal on December 2, the start of what promises to be a defining stretch in the battle for a top-four finish.

The prospective deal would be a unique one for United who will gain some long-term benefit to what many feared was a very short-term approach.

As well as his extensive coaching experience, Rangnick is well versed in roles beyond management and helped transform RB Leipzig from a provincial German team to a Bundesliga challenger under his stewardship.

Reports claim that Mauricio Pochettino remains the leading contender to take on the position at the end of the campaign, with Paris Saint-Germain unwilling to part with him midway through the season.