Matt Holland: Jack Grealish will make decision in his own time

MATT HOLLAND admits it would be “fantastic” if Jack Grealish decides to represent Ireland but has called for the pressure to be eased on the youngster.

Aston Villa midfielder Grealish is eligible to play for both Ireland and England but he has represented the Republic at Under-17, Under-18 and Under-21 level.

Holland, who was born in Greater Manchester but played 49 times for Ireland through his grandmother from Monaghan, accepts that it is a difficult decision for the 19-year-old and expects him to make it only when he is ready.

Holland said: “He’s taking his time over it and taking the necessary advice. Ultimately, it comes down to him. His gut feeling and where he feels he belongs. It’s his decision that matters.

“It would be fantastic if he did decide to play for Ireland because he would make a difference — I think he’s got great ability.

“It can be frustrating when it is an ongoing issue. Martin [O’Neill]’s probably fed up answering questions about him. He probably doesn’t want to put too much pressure on the boy. It’s a decision he’d want to make sooner rather than later, but he has to do it in his own time.” 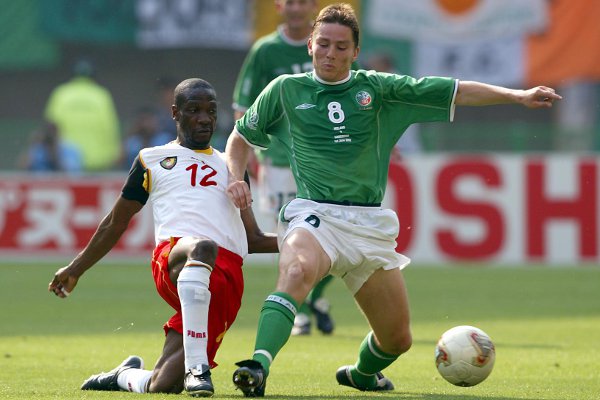 Holland had no such dilemma when choosing to play for Ireland, but has no regrets after going on to play at the 2002 World Cup, where he scored a vital equaliser against Cameroon in their opening game.

He said: “We’re in slightly different situations. He has two managers vying for him, whereas it was later on in my career — 24 or 25 — when I got the call.

“I had no doubts as soon as I got the call from Mick McCarthy, I was desperate to come and play for Ireland.”