FOR a seventh consecutive year John Mitchels are Senior Hurling Champions in Warwickshire, this year beating a combined panel of players from the intermediate clubs in the county in a one-sided final at Páirc na hÉireann.

Given the disruption to the fixtures this season, Mitchels’ captain Ciaran Heeney summed it up perfectly for everybody saying “It’s just nice to be out here playing” as he accepted the title after the game.

Realistically, it was unlikely that Mitchels were going to loosen their grip on the county title but nonetheless this completed the hurling calendar for the season which is no mean feat given the obstacles faced. 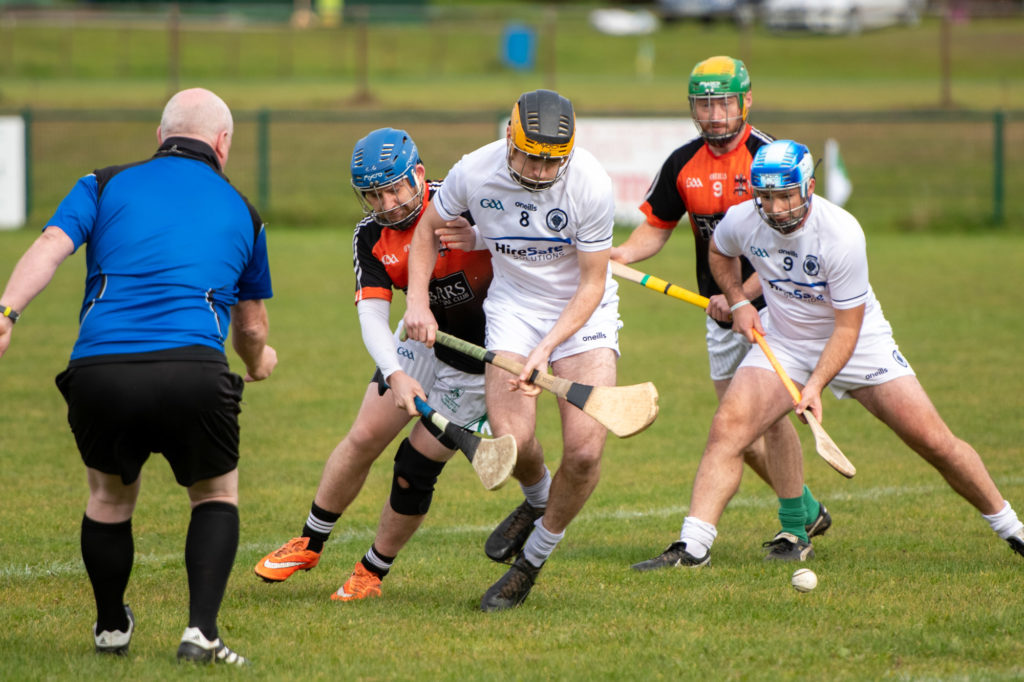 Their opponents, a combination of players from the St Barnabas, St Finbarrs and Erin go Bragh clubs, were competitive in the opening exchanges before Mitchels settled into a rhythm despite racking up twenty-two wides across the hour.

The sides traded frees, Padraic Crehan for Mitchels and Niall McNamee for the Warwickshire XV, before Mitchels made some headway with points from Tony Joyce and Crehan (free) and when Joyce rattle the crossbar with a driving effort Kelvin Magee pounced to lash home the opening goal of the game.

A fine score from Kevin Murphy gave the challengers their second point but the traffic continued to head largely in one direction as two more Crehan points (one free) were matched by scores from play by Breen Fallon and Oisin Coffey.

Just before half-time Joyce was brought down for a penalty, however Crehan’s effort rose narrowly above John Hughes’ crossbar.

Mitchels continued from where they left off as the second-half got into full swing with Magee landing two more points from play, although a superbly struck free from Richie Murray gave the challenges some reward for their continued endeavour. 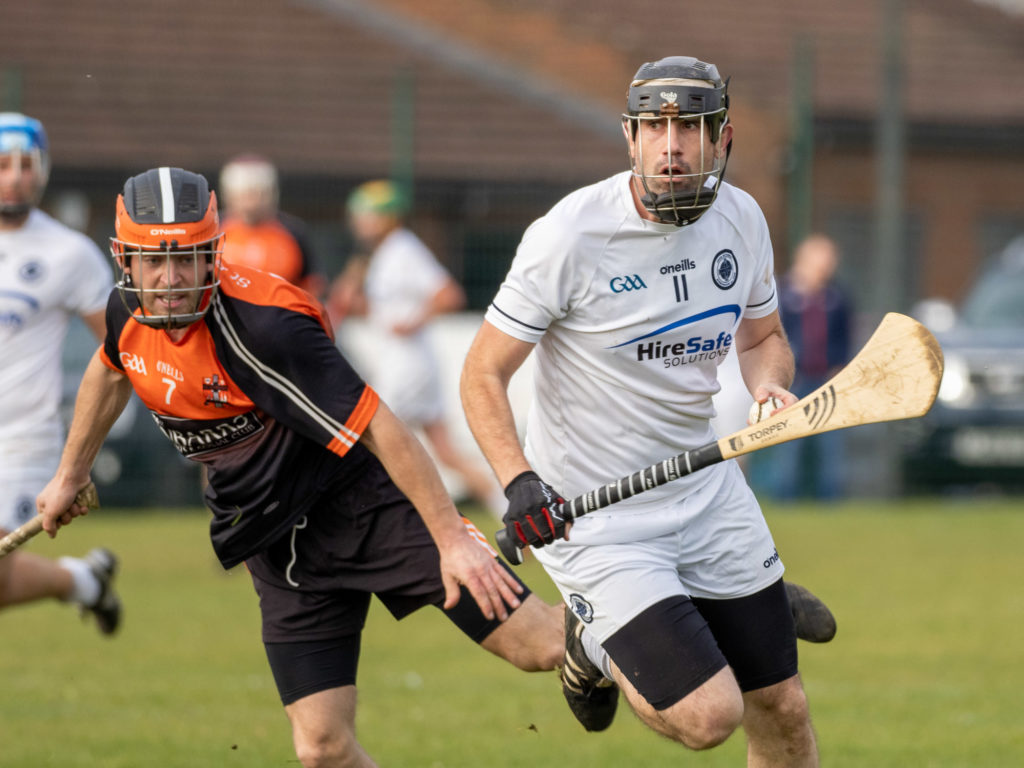 Magee almost claimed his second goal with a close-range flick but that fell wide of target, nonetheless the scoring kept on coming with Crehan in fine form slotting over four points in succession (one free).

Joyce thought he had claimed a goal of his own when driving low past Hughes only for a superb goal line clearance to thwart him.

Hughes was pulling off some fine point-blank saves to keep Mitchels at bay as they went in search for goals in the closing stages, denying Crehan and Magee before he was finally beaten by a bullet of a shot from Crehan from a free.

At the other end, James Ogundare brought a solid save out of John O’Shea in the Mitchels goal before tagging on his side’s fourth point late on.

There was still time for Hughes to deny Fallon a third Mitchels goal with yet another point-blank save but ultimately the result and the title remained firmly with John Mitchels.

The Ladies’ Football Championship Final will take place this Sunday between Roger Casements and John Mitchels, Casements given a walkover from their semi-final with Sean McDermotts while Mitchels knocked out St Barnabas with an 8-13 to 2-01 victory.