CONOR MCGREGOR has been told by UFC rival Nate Diaz that he needs to pick up wins and grow his leg back if has any chance of fighting him again for a third time.

The pair fought twice before with the scores tied 1-1, six years ago. Diaz handed McGregor his first loss at UFC 196 with 11 days notice of being called in and McGregor would get revenge at UFC 202 four months later.

Both fighters have had mixed careers since. Diaz beat  Anthony Pettis in a welterweight bout and won in 2019, and lost to  Jorge Masvidal that same year. 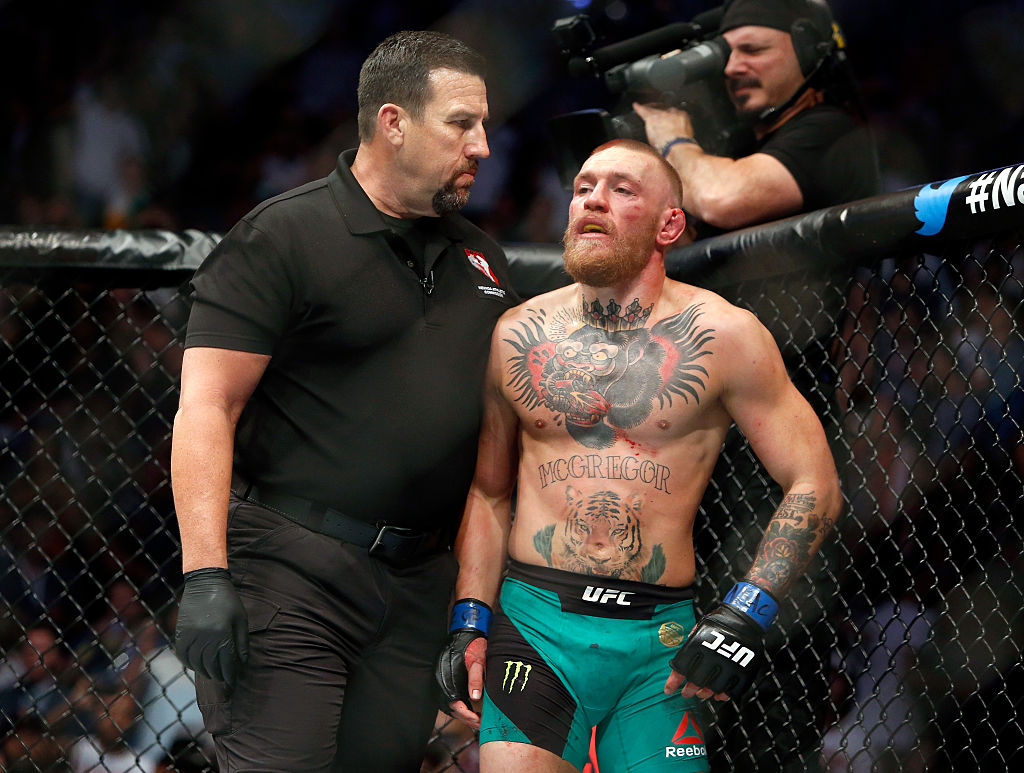 McGregor lost to  Dustin Poirier and suffered a leg break in the rematch.

Diaz is now 36 and is on the last fight of contract, speculation has grown that Diaz McGregor 3 could be in the pipeline

Due to Diaz's several hiatuses and McGregor's injury the fight never came to be.

Diaz responded to questions in regards to fighting the Dubliner once more.

He brutally said that McGregor, who has lost three of his last four fights - he has lots of work to do.

Can I get on January card @ufc

McGregor has been linked to fights with Diaz, Tony Ferguson and Michael Chandler upon his eventual return in July.

McGregor's coach John Kavanagh has said that the pair are "perfectly made opponents".

"That would be a way to end it wouldn't it. I think Conor only has one or two left as well," Kavanagh told Mirror Fighting.

"The Nate trilogy I just think those two guys are like Batman and the Joker, they're going to face each other forever. It's almost unimportant who wins.

"They are just perfectly made opponents. It's great fun to build up, they both snipe at each other a lot but there's a bit of the tip of the hat as well.

"They're both warriors and both great fighters, it would be lovely to see that trilogy."