LAST YEAR the Irish people enjoyed sports on TV more than any other genre, nine of the 12 most viewed television programmes in Ireland last year were sports events. The leader at the top of the annual TV table was the traditional Late Late Toy Show on RTE.

The toy show brang in a whopping 1.7 million viewers and. Second on the list was the football finale between Tyrone and Mayo 945,000 people watched the All-Ireland at Croke Park.

England had strong representation on the list with three-five all making the list. In third, 941,300 people watched England’s Euro 2020 defeat to Italy, their semi-final victory over Denmark was fourth with 888,800 and Oprah's famous interview with Britain’s prince Harry and his wife Meghan Markle brang in 836,500. 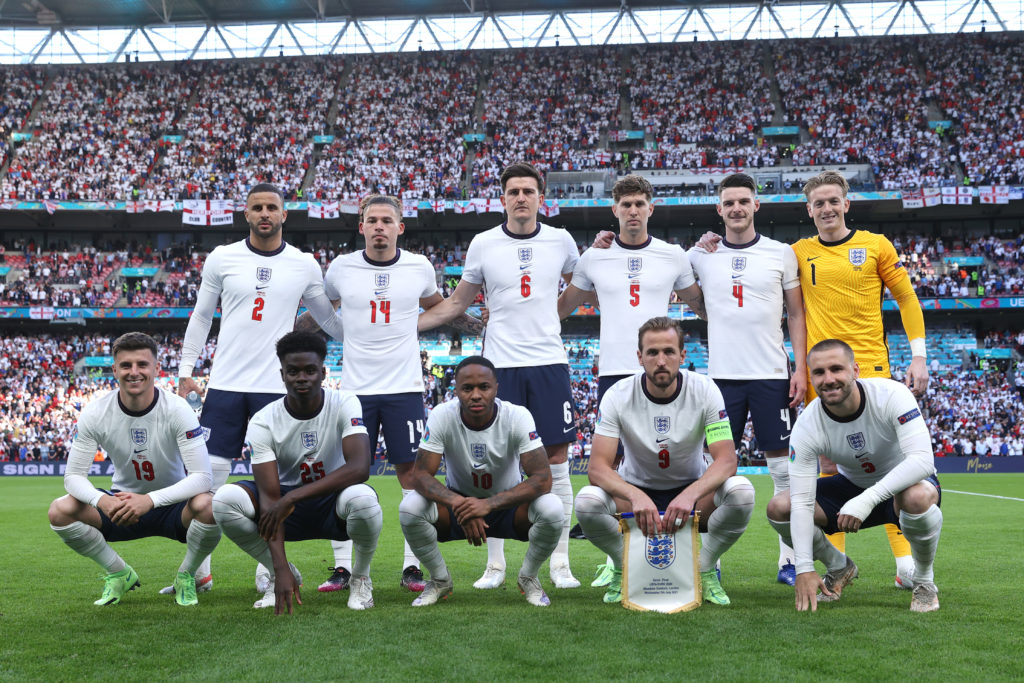 LONDON, ENGLAND - JULY 07: Players of England pose for a team photograph prior to the UEFA Euro 2020 Championship Semi-final . (Photo by Eddie Keogh - The FA/The FA via Getty Images)

Six RTÉ News programmes make the top 50, with 5 January’s Six One News — wherein it was announced that schools would remain closed as a public-health measure — the seventh most viewed broadcast of the year overall.

Sport makes up for virtually half of a top 50 almost completely dominated by live programming, and that’s without a single Tokyo Olympics entry on account of time difference.

You can view the figures, compiled by Nielsen Research, below: 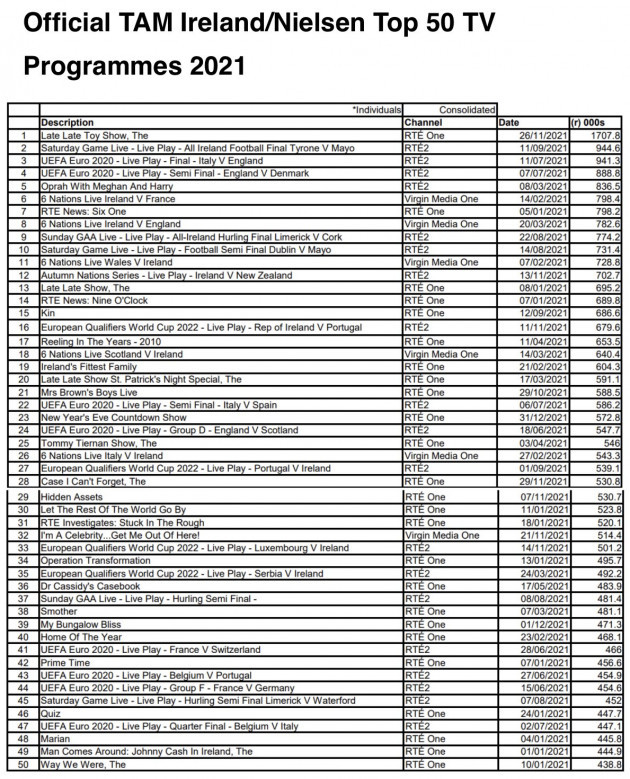