THE PROUD people of Skibbereen in County Cork were out in force last night to welcome home their Olympic heroes and rowing silver medalists, Gary and Paul O'Donovan.

The pair has captured the hearts of the nation over the last few weeks with their sporting prowess as well as their hilarious media interviews.

The nation fell in love with the two brothers after they picked up Ireland's first medals of the Olympics claiming silver in rowing.

But their post-race interviews attracted almost as much attention.

Their relaxed nature made them new fans across the world, despite the lads being in such an intense environment at the Olympics.

Scroll down to video of the O'Donovan brothers homecoming... 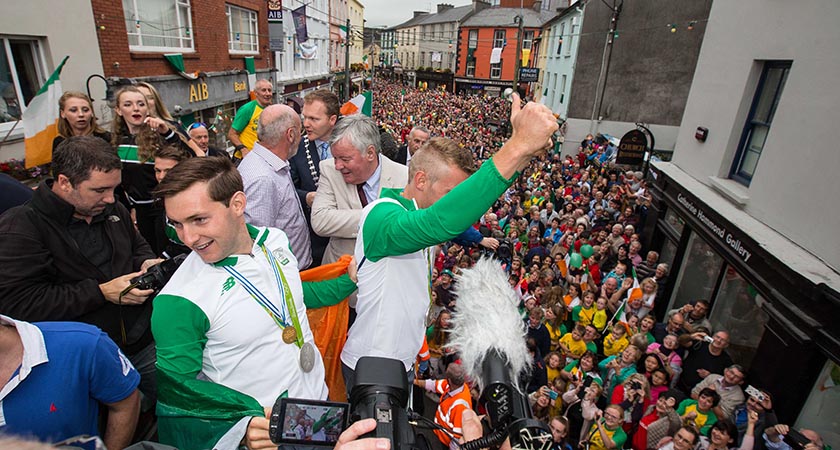 Since Rio, Paul O'Donovan has added a gold medal at the World Lightweight Single Sculls final in Rotterdam last Saturday.

Last night the pair were welcomed home by their fans, with Corkonians greeting them with the Iceland' impressive thunder clap.

The two boys also delivered another stand out performance in front of the cameras during an interview on RTÉ news last night.

Referencing Father Ted, Paul O'Donovan made an estimation that a million people had come down to welcome them home.

Watch the interview with RTÉ here...

Olympic heroes welcomed home - 'We're not great at judging crowds but I’d say there’s a million or something here' https://t.co/h5fgk4UKeK

Ricken takes over the Cork footballers