The middleweight ace kicks off the first fight under the new deal when he features on Hennessy’s triple-title extravaganza on Saturday, November 13 at the Coventry Skydome Arena, live and free on Channel 5 in the UK and Ireland.

McKenna will challenge for the first title of his career when he contests for the WBC Youth ‘World’ Middleweight title in a battle of the punchers against Ghanaian hard-hitter Edem Bika.

Previous prospects who have won a WBC Youth crown have gone on to greatness, including the World’s current best pound for pound fighter Saul ‘Canelo’ Alvarez – who McKenna aims to face and dethrone within the next few years.

Campaigning almost exclusively in the United States, McKenna has amassed an immaculate twelve fight record with 7 KO’s as he marks himself out as one of the very best young standout prospects in world boxing.

He has featured on Hennessy shows in his last two fights; last December in Redditch when he halted Jordan Grannum – who hadn’t been stopped in 79 fights – with a savage body shot in the second round which stopped him coming out for the third, and last month he out classed Croatian Ivica Gogosevic in Coventry.

He now joins elder sibling Stevie ‘The Hitman’ under the quality packed Hennessy Sports banner, where Stevie has fought since September last year before officially signing in December.

Since then he has flourished and taken his record to 9-0 with 8 knockouts. 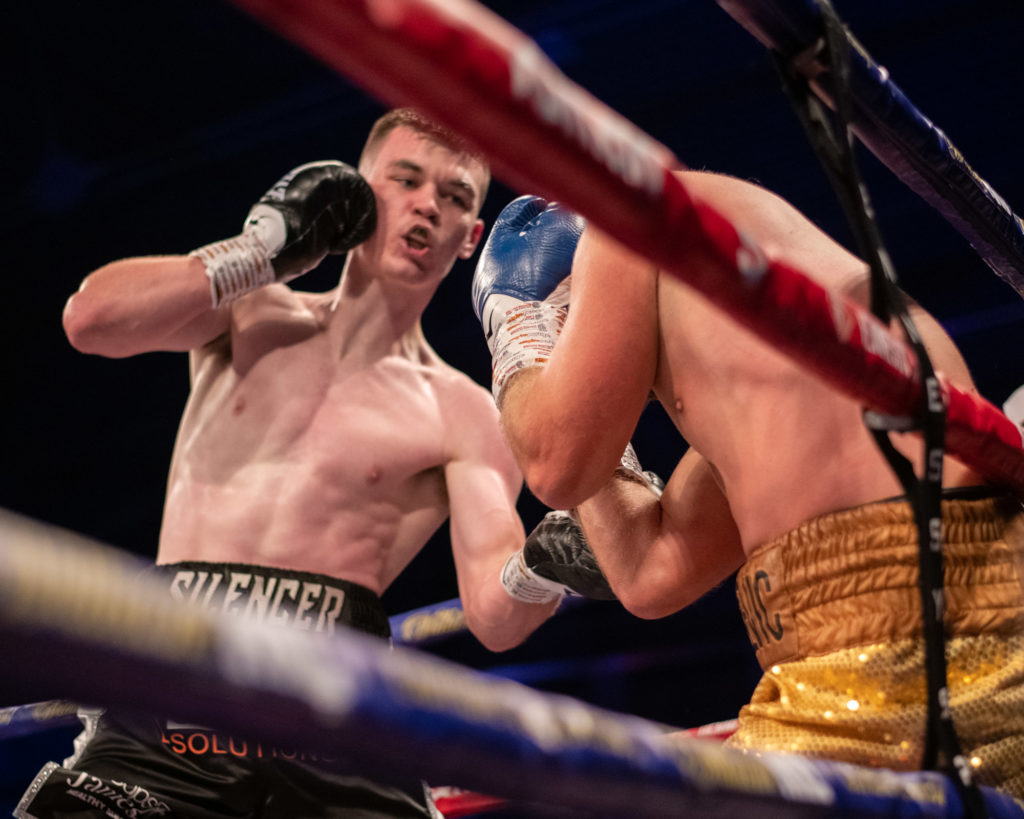 Aaron McKenna, silences his opponent with a body shot in Coventry

McKenna is excited to have signed a long-term agreement with Hennessy and has seen what the renowned promoter has done for Stevie’s career.

“I can’t wait to get started under Mick and Hennessy Sports I’m really looking forward to a massive future with big plans ahead so I couldn’t be more happier putting pen to paper with him,” he said.

“For me fighting regularly, building up my career and reputation is massively important and of course receiving the fantastic exposure on Channel 5 which has already made a big difference to me, so signing with Mick at this stage is absolutely brilliant.”

He added: “His reputation is second to none and he has guided so many fighters to world titles so I have total confidence in that he will do the same for me and of course Stevie.

“I can’t wait for the day that the both of us are World Champions.

“I’m looking to put on a real show for the fans on November 13 in Coventry when I challenge for my first title, the WBC Youth World title, which is a big statement and many great fighters have held that title, like Canelo, and have gone on to achieve great things in the sport.

“Fighting alongside my brother Stevie again is a huge boost and the pair of us will really take the boxing world by storm together.”

Father and trainer Fergal is ecstatic that both his boys are now under the guidance of Hennessy and will now be propelled to stardom under his expert guidance.

He said: “Mick has done a fantastic job with Stevie so I’m really happy that he will be promoting Aaron as well.

“Both boys are really excited to be in the Hennessy Sport stable and you will now see the both of them flourish as they develop from prospects to contenders to champions.

“We’re in for a really exciting time.” 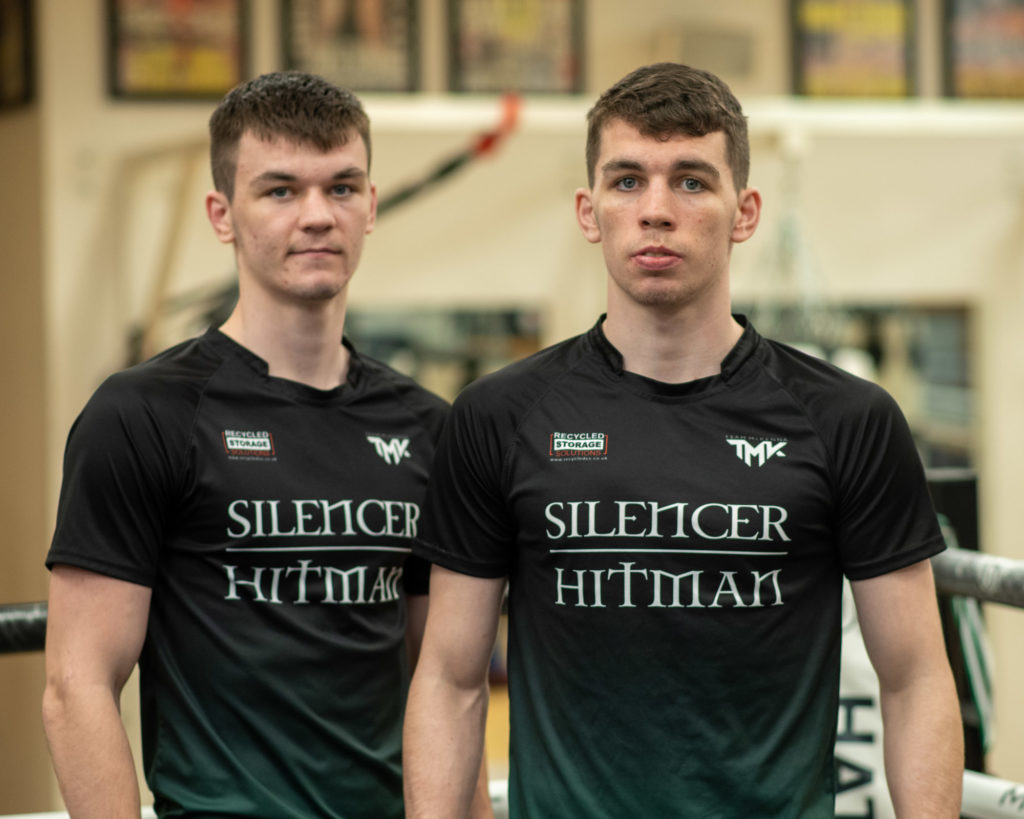 Mick Hennessy has big plans for Aaron and has delivered the WBC Youth title in his first fight under the new deal.

He said: “I’ve known Fergal and the boys for a long time through the amateur scene and we have developed a very strong bond and friendship over the years.

“I have long admired the skill and talent that both boys possess, and they were incredible rising through the amateurs ranks, winning countless titles and have entered the pros with even more promise.

“I was delighted to officially welcome Stevie to the team in December and he has looked sensational so far maintaining his unbeaten record as he cuts through the welterweight division.

“So I’m now delighted to have officially signed Aaron to a long term deal that will see him challenge for the WBC Youth World title and winning that title will be a real statement of intent for him.

“To have world class young talents like Stevie and now Aaron under the Hennessy Sports banner is truly amazing for us and I’m really looking forward what the future holds with the boys and Fergal.”

Hennessy finished by saying: “All of the premier players in world boxing have missed a trick with this young man. At this moment in time he is by far the best signing in world boxing, and will go on to be an absolute crossover superstar in the middleweight and super-middleweight divisions.”