Who is Rachael Blackmore? Ireland's Grand National and Cheltenham hero

A NATIONAL treasure, and she's still got it all ahead of her...

Rachael Blackmore has been Ireland's sportsperson of the year for 2021 so far, and similarly to her races of late, we don't see anyone else catching her.

And while she has become a household name over the past few months, you may be forgiven for not knowing a great deal about her life or her career.

The 31-year-old Tipperary woman is the daughter of a dairy farmer and a school teacher, one of whom struggles to watch her races out of nervousness...

She started racing horses as a child in Killenaule, but admits that she was only truly “bitten by the racing bug” at the age of 13.

She had her first ride at a Grand National back in 2018, on the horse Alpha des Obeaux, trained by Mouse Morris. She ran at 33/1, but fell at the fifteenth fence.

Blackmore has a degree in equine science from Limerick University, which she gained while racing as an amateur jockey.

Her first Cheltenham Festival winner came in 2019, but it was 2021 where she really skyrocketed to stardom.

At Cheltenham earlier this year, Blackmore became the first female jockey to partner a winner of the Champion Hurdle and, by finishing with six winners across the four days.

She also became the first female jockey to win the Ruby Walsh Trophy for leading jockey at the festival.

She received congratulations from President Michael D Higgins from her Grand National win with Minella Times, as well as An Taoiseach.

Speaking after the race, she said: "I don't feel male or female right now. I don't even feel human." 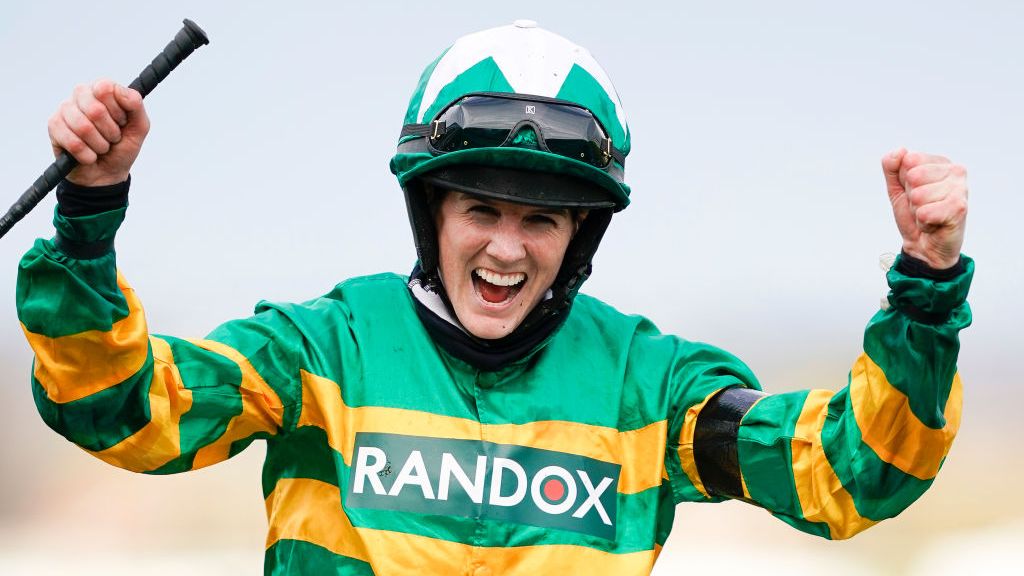 Grand National: Ruby Walsh "I see a huge step for female riders and Rachael Blackmore has taken it to the next level"