BRENTFORD, ENGLAND - MAY 17: Paddy Jackson of London Irish misses a penalty during the Premiership Rugby Cup Final between London Irish and Worcester Warriors at Brentford Community Stadium on May 17, 2022 in Brentford, England. (Photo by David Rogers/Getty Images)

LONDON IRISH felt the anguish of cup final heartbreak last night at the hands of Worcester Warriors on Tuesday night.

Tries from Matt Kvesic, and Perry Humphrey allowed the visitors to leave the field at halftime with a narrow 19-18 lead.

Paddy Jackson's boot kept Irish in the contest and even allowed them to lead for large parts of the second half, until Kyle Hatherell touched down with 84 minutes on the clock to make it 23-25, Fin Smith converted to send it to extra time.

Paddy Jackson had a number of chances to extend Irish's lead and missed three penalties in extra time, meaning Worcester won the contest with the most tries scored.

Here's how the contest went down in the Brentford Community Stadium

📰 MATCH REPORT: London Irish’s Premiership Rugby Cup campaign concluded in defeat in an extra-time loss to Worcester Warriors, finishing up 25-25 in the final.

Warriors’ better try record of three to Irish’s one proved the decisive element.

Worcester would even the score up when Fin Smith converted his 3-3 with six minutes gone.

A mistake by London Irish allowed backrower Matt Kvesic in from the base of the ruck. It looked like the the easiest try he would ever score in his lifetime

Smith converted the penalty to make it 3-10 in the Brentford Community Stadium.

Irish were guilty of a number of handling errors in the first half and gave a stupid penalty with 20 minutes gone.

Smith went three for three and extended the lead to 10 points in southwest London.

The Exiles would get their second penalty and score of the game with around 27 minutes gone. Paddy Jackson converted to make it 6-13

Jackson converted to tie it up 13-13 before halftime.

Another penalty came and Jackson went 4/4 slotting coolly over.

Worcester weren't done and scored the final try of the half when Perry Humprey's the winger touched down despite Arundell's best efforts to stop him.

The half ended 16-18 with Smith missing the conversion. 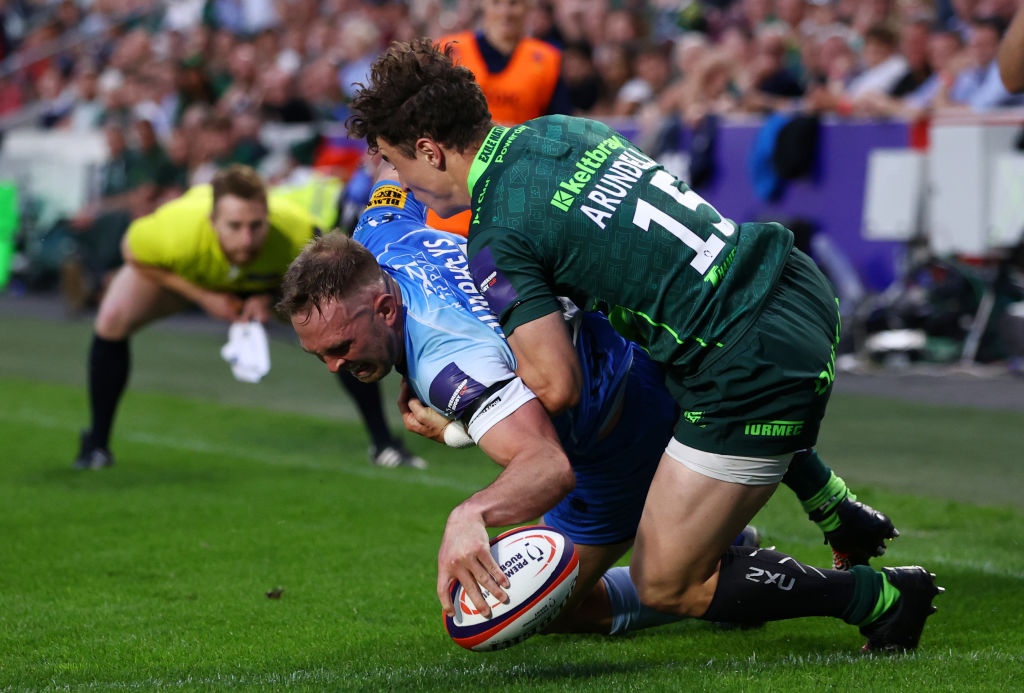 Irish got away that one when referee Wayne Barnes disallowed the try for an offball challenge by Hill and a knock on by Francois Venter in the phase previously.

19-18 was the score with Irish leading for the first time in the game.

Warriors thought they had made the perfect start to the second half, with captain Ted Hill taking advantage of a loose pass from Jackson on the halfway line to charge through with the Irish defense chasing.

But the try was disallowed by the TMO for a knock-on by Francois Venter before the ball reached Hill.

Jackson converted three more penalties to give the home side a 25-18 lead, but it was his late miss six minutes from time that gave the away side hope of a comeback

Both outhalfs were given chances to extend the lead for their sides, but both Jackson and Smith failed under the lights of the Brentford Community Stadium.

It was Smith's turn first to put a extend the lead, but he missed the target

Jackson scored 20 points in the normal time and missed one near the end of the first half. He missed three chances to give the cup to the Warriors.

"Tonight wasn't about learning, it was about trying to win a trophy. We've done OK to reach the final and it's disappointing but we'll have to learn from that.

"Some days they go for you and some days they don't and Paddy (Jackson) has been fantastic for us all season and he continues to do so."