RONNE O' SULLIVAN has told Shaun Murphy to go and get a job away from snooker and treat the sport as nothing more than a hobby, so he doesn't lose his head over losing to amateurs.

Murphy went on an amazing rant after his shock his first round exit at the UK Championship to Chinese teenager Si Jiahui. Murphy claimed that the 19-year-old, who is an amateur shouldn't have been allowed in the building or tournament. 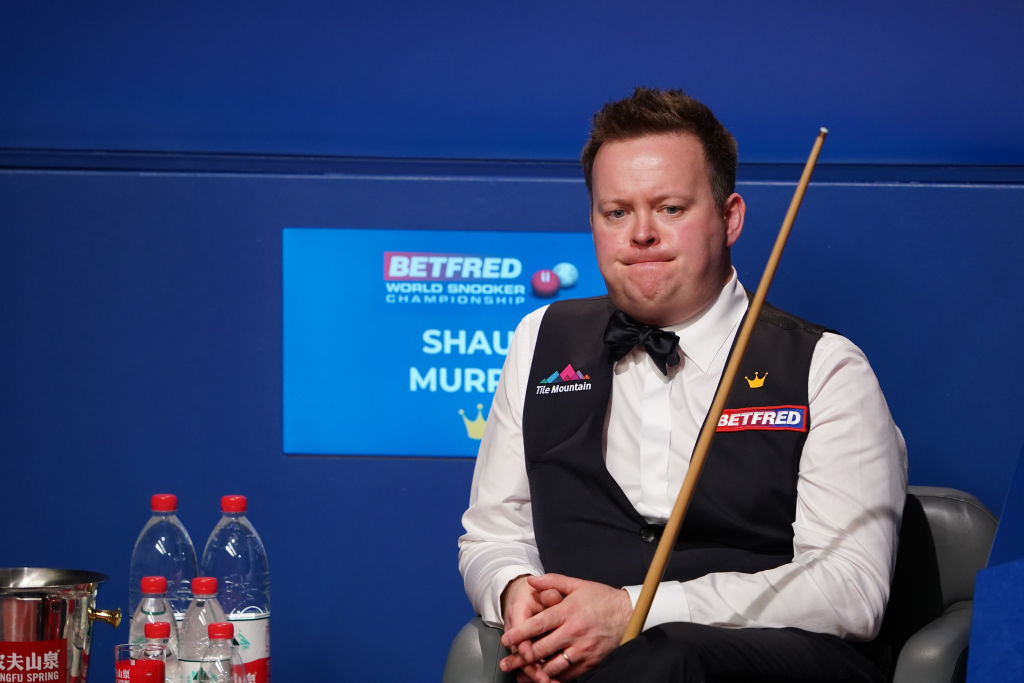 ‘I feel extremely hard done by that I have lost to someone who shouldn’t even be in the building,’

‘I don’t know why we as a sport allow amateurs to compete in professional tournaments. This is our livelihood. This is our living. We are self-employed individuals and not contracted sportsmen. We don’t play for a team.

Dark Souls is the best video game of all time according to Golden Joystick Awards 2021, and other top stories from November 24, 2021.
Pause
Next video
0:00 / 0:00
Full-screen
Read More

‘The other 127 runners and riders in the tournament, it is their livelihood too. It is wrong, in my opinion, to walk into somebody who is not playing with the same pressures and concerns I am.

‘I am not picking on him as a young man, he deserved his victory. Amateurs should not be allowed in professional tournaments, the end.’

O’Sullivan hasn't followed the precedent of supporting Murphy like others. Players like Neil Robertson and Mark Williams  have offered support over his complaints, he is less sympathetic towards the English man.

Some interesting comments and advice from Ronnie O'Sullivan for Michael White ahead of their UK Championship clash tonight.https://t.co/JyZhyhOrKG

O' Sullivan, known as The Rocket says he no longer cares about the politcal nature of snooker and has taken up hobbies outside the sport and has advised Murphy to follow suit, so he won’t find himself ‘in bits’.

‘They better start looking for a job if they don’t like it.

‘I drew a line under it a long time ago. I can change what I do, that’s what I’m saying to Murphy, go and get a job, do something else, play snooker for fun because you’re going to have loads more of that.

‘Get your head around it, you’ve got choices to make. Five or six years ago I made a real conscious effort to play for fun and just enjoy it, I went and got a job and play this for a hobby.

‘It’s alright playing it as a hobby, if I had to play it as me living, I’d be like Shaun Murphy, in bits.

‘You’ll never hear me talk like that because it’s a hobby, but when it means something to you then it can hurt.’

Ronnie O'Sullivan clears the table with a 1⃣3⃣9⃣ to take the opening frame against Michael White.

He also understands not wanting to lose to someone you are expected to beat, which happens, but says that is sport and Murphy should shut up

‘I don’t care. I’ll play amateurs, women, referees, anyone, I don’t care,’ he said. ‘I feel like the amateur playing now, you have to get in that mindset because it’s better that way.

‘I remember being an amateur playing a pro, Willie Thorne playing a 14-year-old me, it was embarrassing for him to lose to me, so I know what it feels like to be a favourite and to lose but that’s just how it is.

‘Just got to get on with it, enjoy it, keep smiling, it’s all good.’