The Rocket reveals the secrets to becoming snooker's most prolific major winner, and discusses being compared to Roger Federer and Tiger Woods.

THREE decades and 72 titles into his professional career, there will be one thing motivating Ronnie O’Sullivan when he pitches up at the York Barbican to defend the Betway UK Championship title.

"Coffee," O'Sullivan says speaking with Betway, ahead of their sponsorship of the UK Snooker Championship.

"There are some lovely coffee bars up there, there are a couple of fantastic restaurants."

O'Sullivan is smirking as he says this, but the inference is clear: simply turning up isn’t enough for him anymore. There has to be something more to get him going. 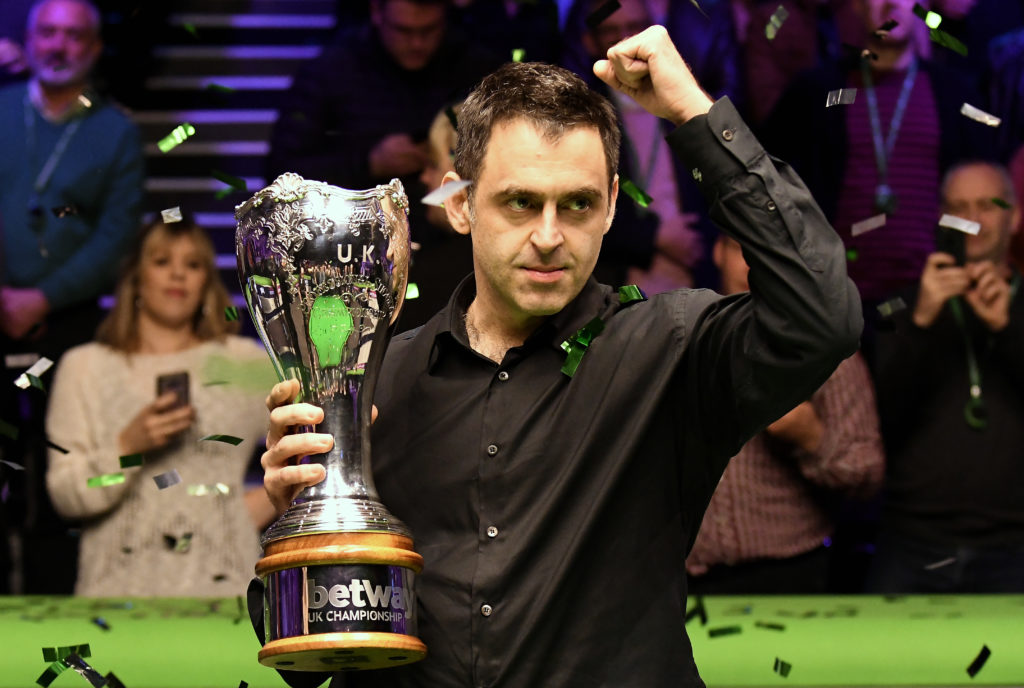 Take winning last year's UK Championship, which he celebrated with far more gusto than usual, standing on the barriers surrounding the table and lifting the trophy aloft before pouring a bottle of water over his head.

"I was being riled up by the crowd," says O'Sullivan, who is the second-favourite to defend his title in 2020.

"Obviously, it was an important match and sometimes your emotions overspill.

"I took quite a bit of stick during the game, which I thought was a bit uncalled for. It became more emotional for me than usual."

But there was more to it than that.

"I just thought: 'Two fingers up to you. You're going to have to watch me celebrate 19 major titles.'"

The record reaffirms what several people already believed, that O'Sullivan is the sport's greatest ever player.

In a recent Instagram post, the Rocket declared breaking Hendry's record as "one of my proudest moments as a snooker player…a huge achievement", seeming to finding a level of satisfaction that generally eludes him.

"It’s the consistency," O’Sullivan says. "Anything that relates to consistency is pretty cool, and it was done over a long period of time.

"I’ve won a lot of major tournaments with a lot of pressure involved. I think it's got to be up there with one of the best achievements that anyone can achieve in any sport."

Reaching the top of your game inevitably results in cross-sport comparisons.

Neil Robertson referred to O’Sullivan as the "Roger Federer of the snooker table, and probably even better than that" in March, a comment that O'Sullivan admitted he was flattered by. 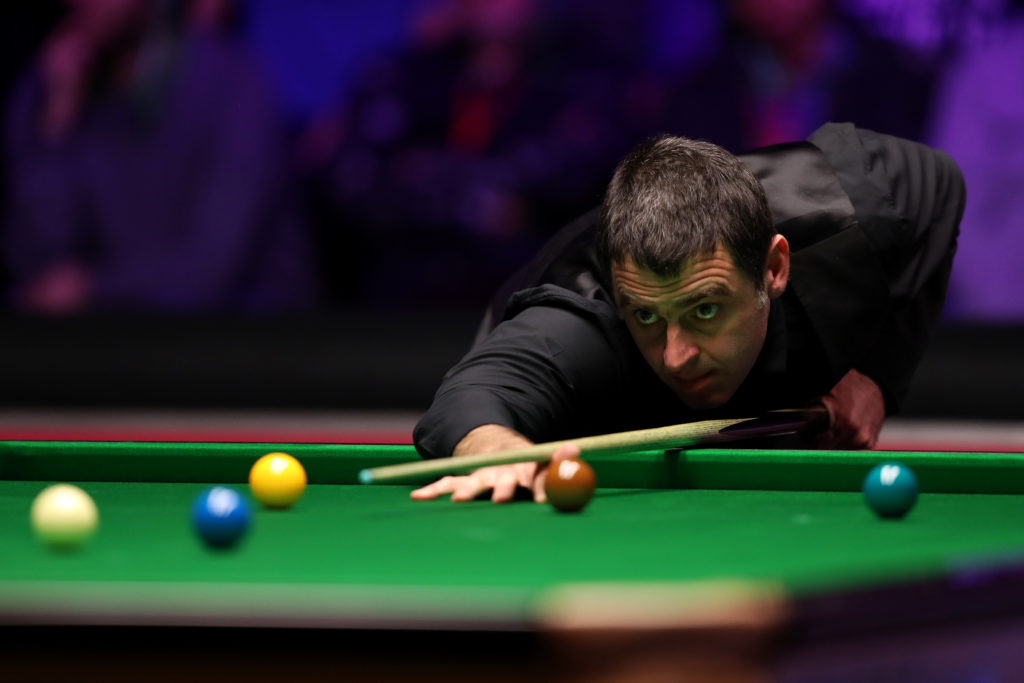 "The best way to be able to judge how your career's gone is by comparing it to others," he says.

"I look at Federer and Tiger Woods going for their majors in tennis and golf. They have four majors a year, whereas we have three, but I've been going a bit longer, which I suppose makes my record not look so good. I haven't done the maths."

Those that have, however, will see that though O'Sullivan has been going longer, his record in majors stands up next to Federer's and Woods'.

The Rocket has triumphed in 25 per cent of the Triple Crown events he has competed in, winning 19 of 76. Federer pips that record, winning 25.6 per cent of his majors so far, while Woods has won 17.9 per cent of his.

O'Sullivan was comfortably the youngest major winner, too, winning the UK Championship at just 17, whereas Federer and Woods were 22 and 21 respectively.

It's not hard to see why he has kept pace with such phenomena. The sportspeople he admires most are perfectionists, obsessed with winning, and combine it ruthlessly with their genius talent.

"Because I've played sport, I look at lesser players in other sports and just see them as the equivalent of someone down the rankings in snooker," he says.

"I just think: 'I ain't got time to watch people like that.' I want to watch someone who's doing the business.

Where O'Sullivan doesn't compare is prize money. His career earnings from snooker sit at £10.9m - a remarkable sum, but one that is dwarfed by Federer's £103.5m and Woods' £118.7m.

"Snooker's appeal is not as great. I get it, but you make the best of what you can do."

The emergence of Judd Trump as a serial winner should boost snooker's profile, with O'Sullivan now facing a genuine rival in terms of winning trophies and doing so with panache. 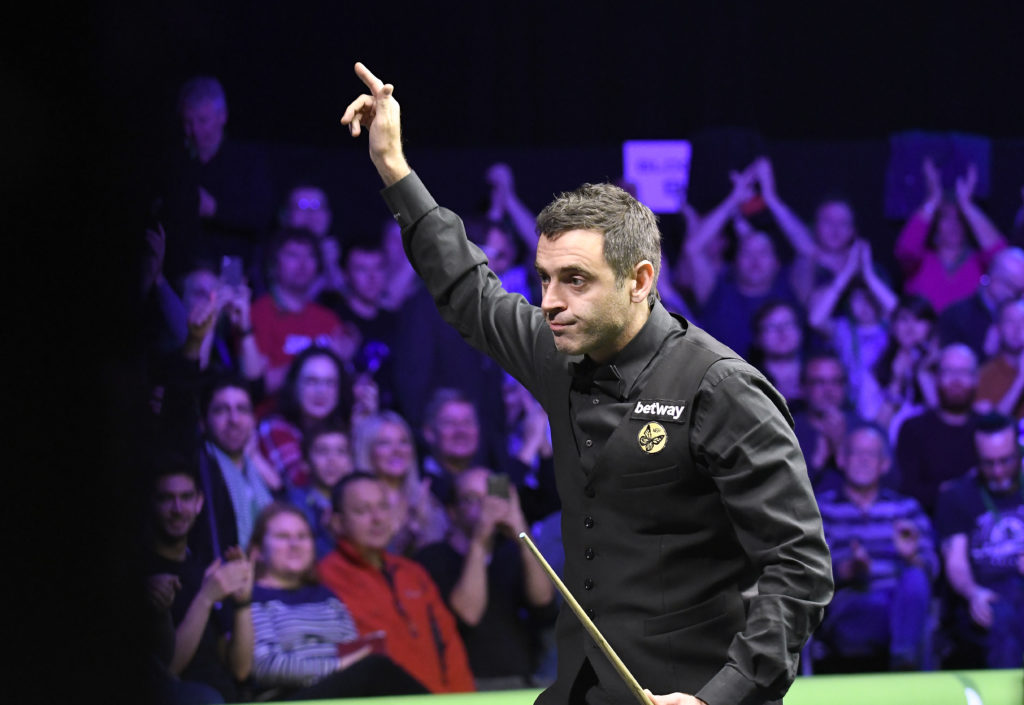 Trump wrestled the Masters title off him last January, beating him in the final, before winning the World Championship in May.

But O'Sullivan says it is too early to judge whether Trump can challenge him for the crown of snooker's GOAT.

"We're best off having this conversation in 10 years' time," he says.

"To be an all-time great you've got to do it over 10 to 12 to 15 years. He's had one good season, and great sportsmen do it for far longer than that.

"He's a fantastic player and a fantastic talent, but talent will only take you so far. There are a few more ingredients involved."

For all of his nonchalance, O'Sullivan thinks and speaks like a champion.

After 27 years of walking the walk, it is fair to say he belongs in the company of Federer, Woods and others when it comes to being one, too.