DUBAI, UNITED ARAB EMIRATES - JANUARY 26: Rory McIlroy of Northern Ireland talks to the media after the pro-am prior to the Slync.io Dubai Desert Classic at Emirates Golf Club on January 26, 2022 in Dubai, United Arab Emirates. (Photo by Luke Walker/Getty Images)

RORY MCLLROY has claimed that he may not be playing at this year's Irish Open at Mount Juliet because of his busy PGA Tour schedule this summer.

McIlroy is currently looking for his third win at the Dubai Desert Classic at the Emirates Golf Club and will play at the US Open at Brookline and the Travelers Championship. RBC Canadian Open, and the Memorial Tournament before the Irish Open starts from June 30 to July 1 in KIlkenny.

After the Irish Open, McIlroy is touted to play at the Adare Manor for the JP McManus Pro-Am on Monday and Tuesday. This will then be followed by the Genesis Scottish Open and the following week's 150th Open Championship at St Andrews.

The first time we caught him on camera 📽️ pic.twitter.com/lsihH67NRG

"I'd love to see it co-sanctioned by the PGA TOUR in the future,"

I think that would obviously be a wonderful thing for the event.

"I haven't made my decision yet

I know I'm playing a lot of golf in the States around that time of year, Memorial, Canada, US Open, Travelers.

"Yeah, we'll see, and I honestly haven't made that decision yet. But whenever I do, I'll certainly let you know.”

The Irishman's first Dubai Desert Classic came as a 16-year-old in 2006, He cheekily borrowed a camera and a press credential and went out to follow Tiger Woods inside. He saw Woods produce one of the best shots he'd ever seen

"I had a better view than most being able to get inside the ropes and have a media credential and Tiger to this day, hit a 5-iron out of the right rough on 10 and landed on the green and stopped it on the green and to this day it was one of the best golf shots I've ever seen, just sticks out in my mind and I was right there for it."

Mcllroy tees off at 4 am Irish time tomorrow). 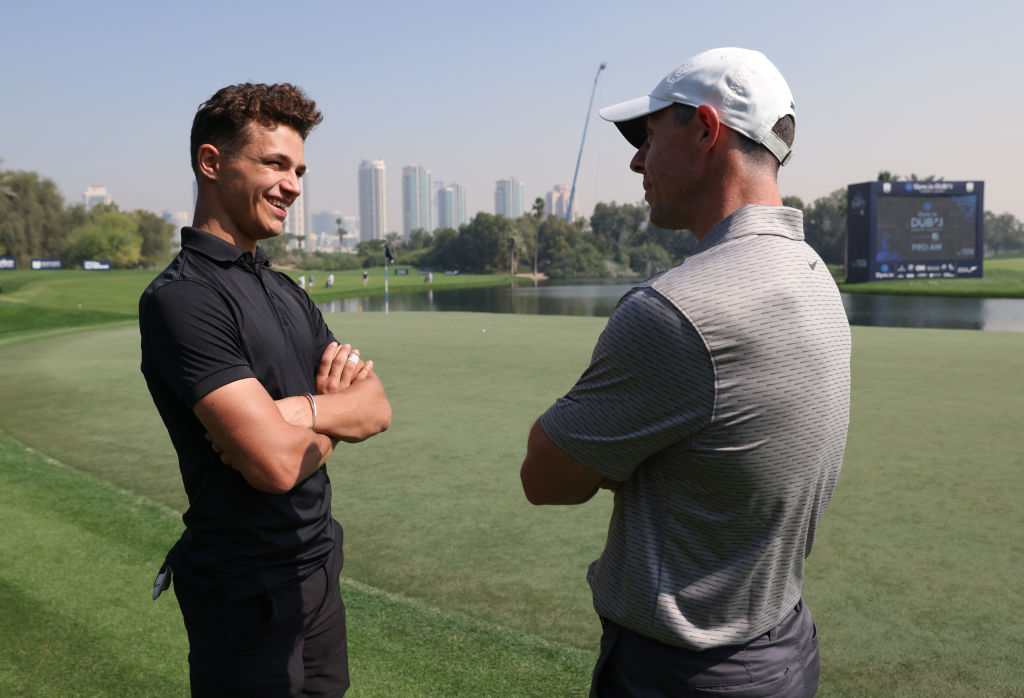