TOKYO, JAPAN - JULY 31: Kathryn Mullan, Captain of Team Ireland and teammates take a bow on pitch following a loss in the Women's Preliminary Pool A match between Ireland and Great Britain on day eight of the Tokyo 2020 Olympic Games at Oi Hockey Stadium on July 31, 2021 in Tokyo, Japan. (Photo by Steph Chambers/Getty Images)

The competiton will be between eight teams in a knockout format with only one side able to earn a place at next summer's venues in Spain and the Netherlands.

Ireland who are ranked 12th will meet France who are 27th in their first game on October 21st (10.30am, Irish time) with the winner going on to play either Russia 20th or Belarus ranked 21st. Scotland 19th, Poland 23rd, Italy 17th and Wales 25th)are on the other side of the draw. 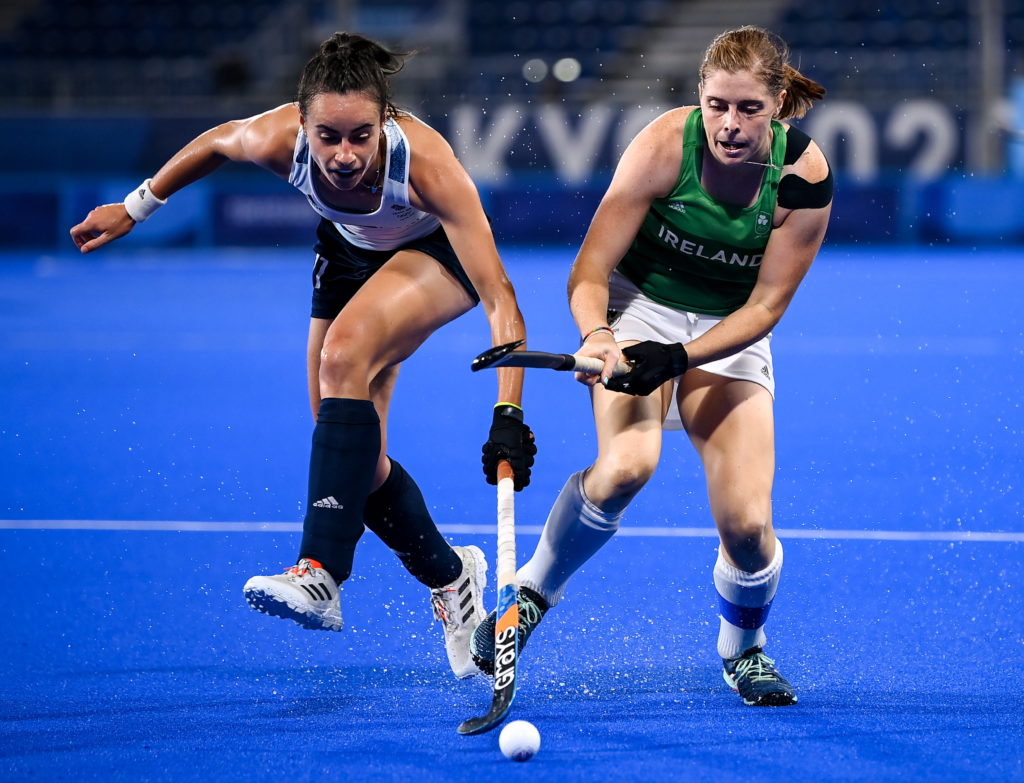 Tokyo , Japan - 31 July 2021; Katie Mullan of Ireland in action against Fiona Anne Crackles of Great Britain during the women's pool A group stage match between Great Britain and Ireland at the Oi Hockey Stadium during the 2020 Tokyo Summer Olympic Games in Tokyo, Japan. (Photo By Stephen McCarthy/Sportsfile via Getty Images)

Dancer’s central panel features 15 of the squad that travelled to the Olympic Games July with Niamh Carey, Erin Getty and Ellen Curran coming into the line-up.

“I am excited about the future and the balance within the squad,” coach Dancer said

We have retained a lot of experience and have a lot of excitement coming through. It sits really nicely.”

David Passmore's comprehensive summer program with the Irish development squad has been a fruitful avenue for those making the step up.

The tournament also allows for two travelling reserves with Charlotte Beggs and Jane Kilpatrick joining the panel in Pisa.

While first opponents France are the lowest-ranked side in the competition, Dancer is more than wary of what they have to offer. With the Paris Games in mind, they have been working together close to full-time for a number of years and a silver medal at this summer’s EuroHockey Championship II shows they are on thr rise.

“France has been preparing well, not just this year, but with 2024 in their sights and getting there as host nation, they have a lot to play for. They did really well in the European Division 2 tournament. First team to meet, it will not be easy but we have to back our experience and what we have done in the last 18 month to get over the top of them.”

Another set of twins taking over Irish sport!!

Olympian Michelle Carey is joined by her twin sister Niamh Carey in the line up for the Hockey World Cup qualifiers in Pisa from 21-24 October.