Ireland made a winning start on their Olympic debut (Image: Ramsey Cardy/Sportsfile via Getty Images)

THE IRISH women’s hockey team made a dream debut at the Olympics as they defeated South Africa 2-0 in their opening game.

Appearing at their first Olympic Games, Ireland showed no shortage of confidence as they took the lead when Róisín Upton finished off a penalty corner after nine minutes. 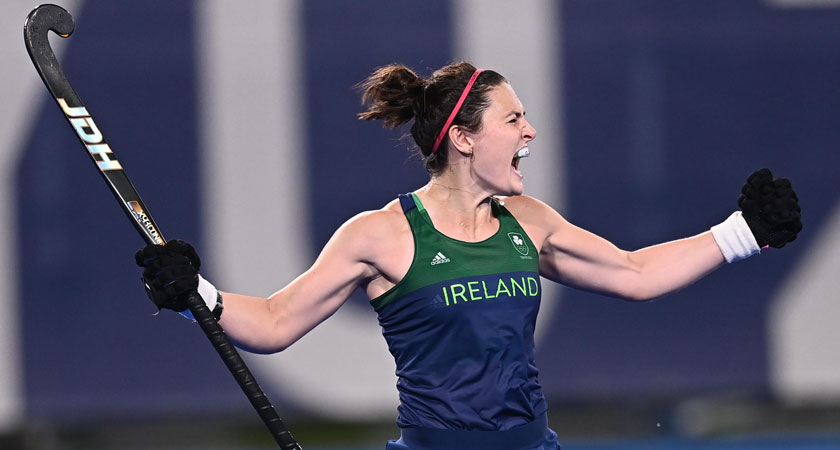 However the Green Army deservedly doubled their advantage through a superb Sarah Torrans volley at the end of the third quarter.

Lena Tice impressed in Ireland’s stubborn defence as they shut South Africa out to claim a historic win for Sean Dancer’s side.

The crucial victory will provide the perfect fillip for Ireland ahead of Monday’s clash with the world’s top ranked side, the Netherlands. 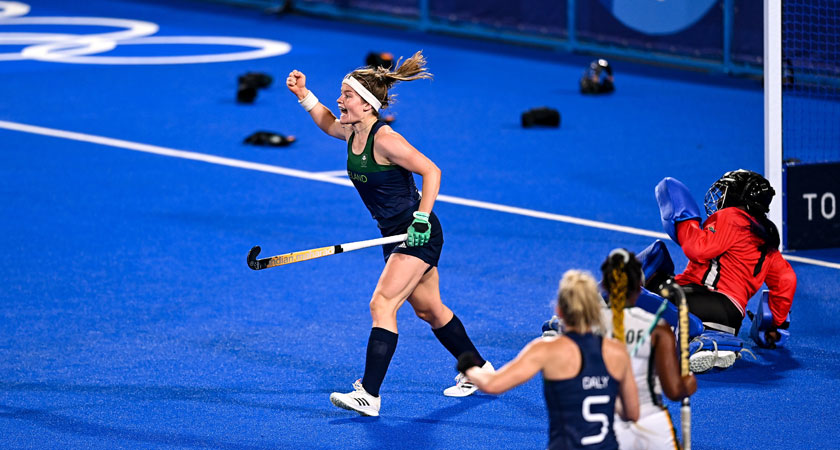 The Dutch, who opened their Games with a 5-1 defeat of India, are the reigning world champions, having defeated Ireland 6-0 in the World Cup final in 2018.

The three-time Olympic champions will be hoping to go one further than 2016 when they agonisingly lost a penalty shoot out to Great Britain in the final in Rio.

The top four teams from Groups A and B will progress to the quarter-final stage.