'Stand up and fight until you hear the bell'

When fight fans and media from around the globe touch down at Shannon Airport for Andy Lee’s world title defence against Billy Joe Saunders in September, a shiny new sculpture will greet them in the arrivals lounge.

It commemorates a significant result in Irish rugby, with the sculpture based on an image captured by Irish Times photographer Cyril Byrne during Ireland’s memorable 43-13 victory over England in Croke Park in the 2007 Six Nations.

O’Connell, Ireland’s oldest ever captain at 35, may be seeing a lot more of Shannon Airport from next season as he relocates to France with Toulon, but in the eyes of his fellow Limerick natives he’ll always be Munster through and through.

And that includes Lee, WBO middleweight champion of the world, who’s bringing big-time boxing back to Ireland at Thomond Park, home of Munster rugby. The Bow-born 31-year-old may only have moved to Limerick as an adolescent, but it’s the place he identifies with most.

“When we left London I was 13 going on 14 and I settled in Limerick with my parents. That’s where I settled and that’s who I represent,” he told The Irish Post.

Yet despite being a world champion, Lee does not consider himself to be on the same sporting level as O’Connell, who has won two Heineken Cups with Munster and three Six Nations Championships with Ireland.

“He’s been great for Limerick; he’s shone the spot light on us,” he said of O’Connell. “I have a lot of respect for him – he’s a hero. He’s also a great leader, he’s shown that on the pitch and I’ve had the pleasure of meeting him a few times.

“When I went to a game at Christmas time I was his guest. I sat with him at the match – he wasn’t playing at the time – but every pass and every tackle, he was living it.

“He took me back into the dressing room and there were younger lads in there. He was going around patting them on the back, encouraging them, and that was great to see.” 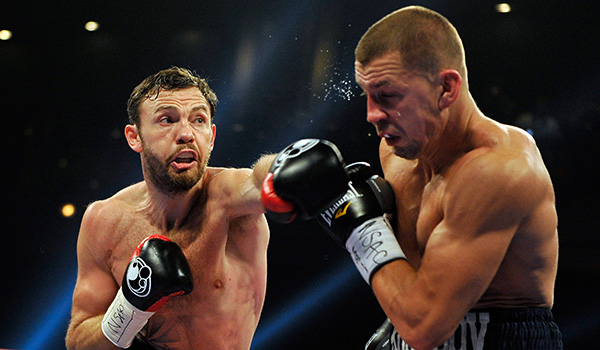 There’s an old song sung by the Munster faithful called Stand up and Fight and Lee admits it’s too ideal to ignore on September 19, where 33,000 will witness his first official defence of the WBO belt.

He said: “It goes ‘Stand up and fight until you hear the bell, stand toe to toe, trade blow for blow’, which is quite fitting, so maybe I’ll use that as my ring-walk song. It’s a great tune and, in some way, I’m definitely going to use it.”

This will be Lee’s first fight on Irish soil since he beat Anthony Fitzgerald on points in Belfast two and a half years ago in what was his comeback fight from his first world title shot – a knockout defeat to Julio Cesar Chavez Jr.

Lee knows he has to perform better in Limerick than he did at the Odyssey Arena, although coming into this fight he doesn’t expect to be in such a vulnerable position.

“It wasn’t a great performance, but it was a fight that stands out to me now because I got to work on things that Adam was teaching me and, after, it was like a weight had been lifted off my shoulders, because it was the first one out of the way.”

Raising the WBO belt, he added: “It’s plain and simple [how far I’ve come since]. My career has come full circle and it’s been an amazing turnaround.”

For all the buzz surrounding Lee’s homecoming as world champion, the fight might never have been made in Ireland but for an injury he suffered, as co-promoter Frank Warren revealed.

“We were looking at West Ham when we were trying to get it on earlier in the year, but Andy had an injury, so we put it back to September. But it’s in Munster now, a top rugby club, and the people there love their sport, which will add to the event. 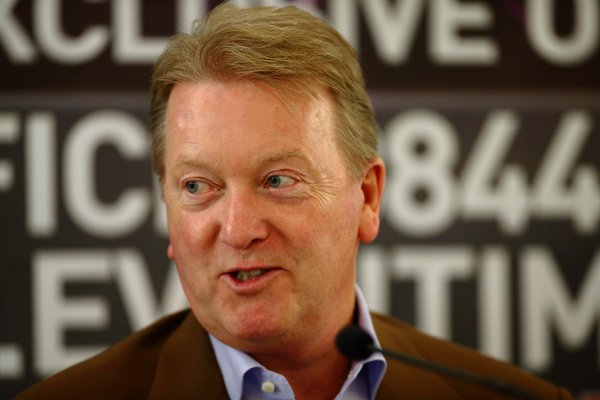 “The great thing about Ireland is that they love their fights. I don’t think this will be a hostile crowd that Billy will be coming in to. Obviously, the majority of the support will be with Andy, but they appreciate boxing over there.

“It will be a fabulous atmosphere. I’m expecting it to be really electrically charged. There will be a top-quality undercard with some of the best Irish boxers and some British boxers too.”

The fight promises to be an explosive clash of styles – Lee being the taller man with one of the meanest right-hooks in the middleweight division, while Englishman Saunders is a classic all-round boxer.

A jack of all trades, master of none – one might argue in the case against Saunders – yet for many boxing analysts ‘a boxer beats a puncher’.

Either way, Lee believes the two southpaws are destined to put on a show of the utmost quality.

“We’re both pure boxers, in a sense, and we’ve both fought at the highest level,” he said. “This is a fight that every boxing gym will want to show their kids. What we’ll put on will be a boxing show of skill, speed and power.

It may not make him worthy of a statue, but defending the world title in his hometown would be the defining moment of Andy Lee’s eventful career.