REPUBLIC OF IRELAND MANAGER STEPHEN KENNY believes the current Ireland side are only going to get better as the years pass by.

Ireland lost 2-1 to Scotland on Saturday, meaning that Ireland are on the verge of being relegated from their Nations League group to League B

It's been a patchy Nations League for Ireland again, but they can end it on a positive note tomorrow.

Kenny's young Irish side welcome Armenia to Dublin tomorrow for the final Nations League game of the year.

Kenny says he is not looking at the implications of relegations yet. "It's not something we are focusing on," he told the media.

"One of the things we want is to win tomorrow night and we want to play well. We saw in our last home game against Scotland, an emphatic 3-0 win. We hadn't beaten a high-ranked team like that at home in many years, convincingly or at all.

"That was important and we backed that up with a really good performance against Ukraine and drew, and played quite well on Saturday and were disappointed to lose the game. We want to back that up with a strong performance tomorrow night.

"We are looking to constantly improve. We know there are areas we can improve, we are not naive to suggest that isn't the case," added Kenny. 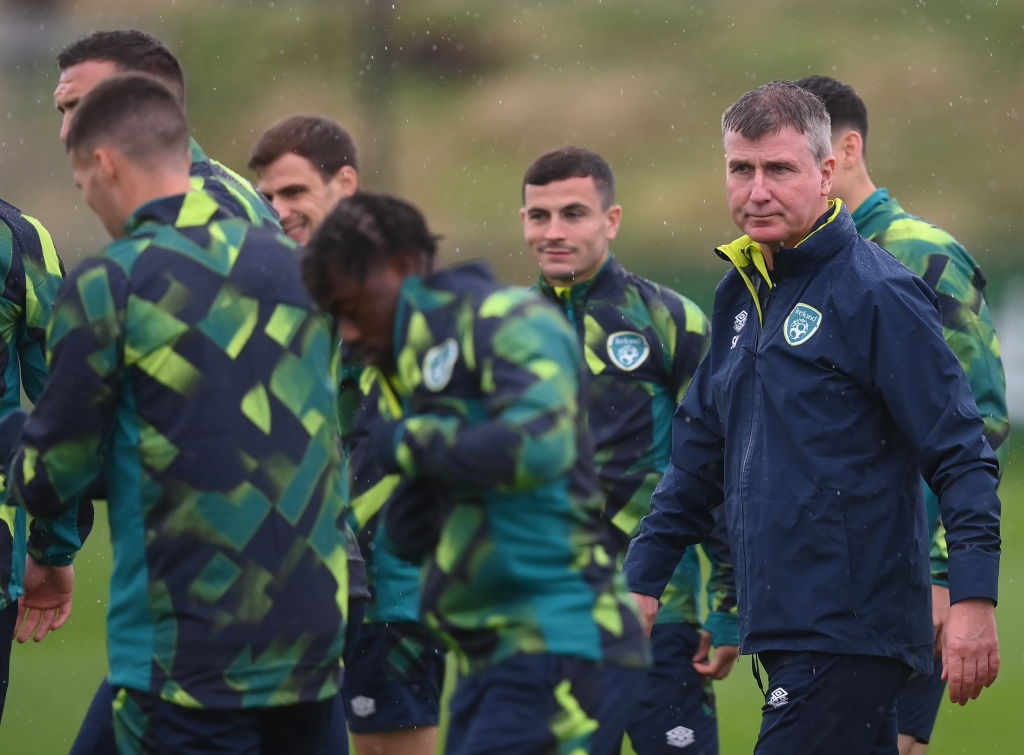 "We saw against Ukraine, on their day when they had everyone, how good they can be, and two good games against Scotland. We are constantly looking to improve.

Kenny has promoted a number of young players to the senior side from his time at the U21 side. The likes of Troy Parrot Andrew Omobamidele, Gavin Bazunu, and many others to the older squad.

Despite the poor run of results, he claimed that the only way is up for a number of his young fledglings, A year will show the results of his footballing project claimed the 50-year-old

"We can see the emergence of players and that's been critical for us as a nation, critical as for us as a team. You can see players that are only going to get better, that are on an upward curve in their careers, and they will only improve when they get into the European Championship qualifiers from March to November next year.'

"In a year's time they will be even better, you can see that and that's by design. The players themselves have done that. They have got themselves into the team by their performances at club level and with the international team."