Stephen Kenny: "Playing for Ireland must supersede everything in your professional career"

STEPHEN KENNY has told his Ireland players to concentrate on international football before everything else if they want to succeed.

But the former Dundalk manager has said the idea of loan spells for young players may be the best to gain vital expierence.

Kenny spoke to Alan Cawley on the Stronger With Sport podcast and looked backed on the strong uptake in form for the national side. He mentioned that he was right to start his rebuilding project.

In the last 4 games Ireland have scored 10 goals, won 3 and drawn 1 and have conceded 0.

"Of course, I'd have wanted a higher points tally in the campaign. It wasn't a surprise to us that Serbia won the group. We saw them first hand.

All of their players, the net worth of their attacking players, is a phenomenal amount of money. Serious attacking talent and it wasn't a surprise they finished ahead of Portugal, who have some of the best players in the world,"

"We are an emerging team. We blooded a record number of players in a year. We look like we are becoming a team. The great thing for me over the last few camps is that the players really look forward to seeing each other. Going forward, I don't think any player will miss a camp.

No one will ever not turn up. Playing for Ireland must supersede everything in your professional career. It must be the most important thing, the pinnacle, that's what it has to be and that's what we feel it to be.

"I never doubted that we were doing the right thing, the team needed to be rebuilt," Kenny added. 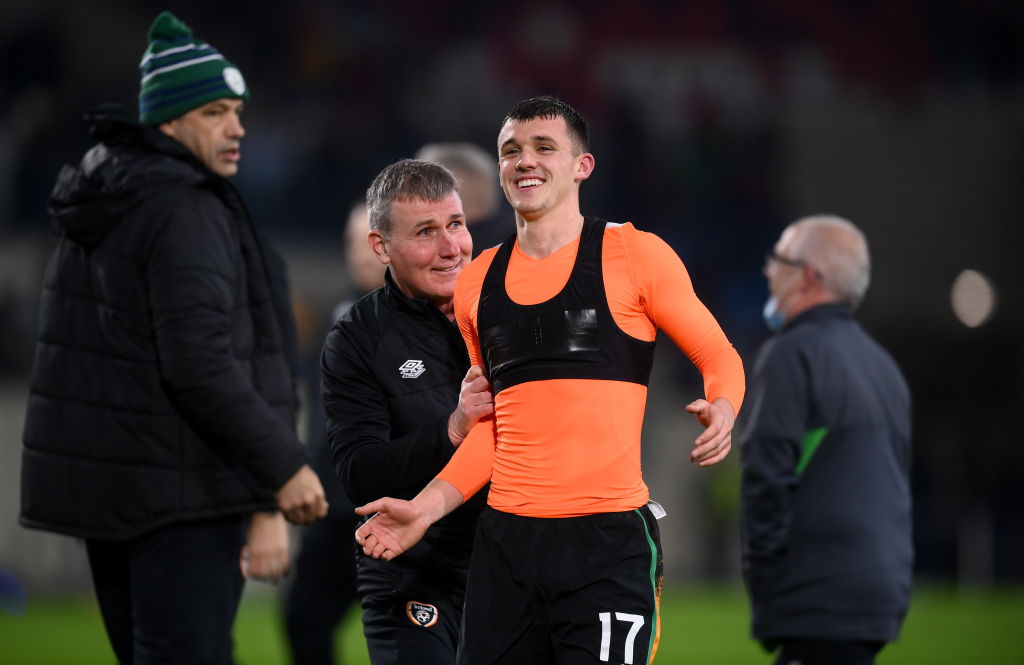 He also added the younger players coming through have been hard work by Irish underage coaches.

"We had the brilliant work done by all the underage managers, the international managers, and all of the clubs feeding into that system. We had so many players coming through. We had the three keepers in Gavin Bazunu, Caoimín Kelleher and Mark Travers, three centre-backs in Nathan Collins, Dara O'Shea and Andrew Omobamidele, midfield players like Jason Knight and Jayson Molumby and forwards like Troy Parrott and Aaron Connolly, Chiedozie Ogebene and Adam Idah, and we had Jamie McGrath and Josh Cullen emerge.

"It's a new environment for them. We have some great role models. Seamus Coleman, our captain, in particular, we are excited about how we finished in the last few windows and we look forward to the games in March and the Nations League in June."