Then and now: 30 years of Tara Camogie Club

THE prestigious Tara Camogie Club London was set up in 1986 by Carmel and Majella O’Neill – sisters from Thomastown in Kilkenny – and was originally based in Locket Road, Harrow.

Over the club’s 30 years, like many other sports teams, there has been some great wins coupled with devastating losses. With victories came the delirious celebrations that often lasted for days, weeks and in some cases even months. Of course, with the defeats came crushing heartbreak and inevitable disappointment, but almost always with these losses there were valuable lessons learned and it often fuelled an even bigger hunger for success.

By 1988, Ann Hehir had become a key member and won the club’s player of the year, but nobody could have imagined that 23 years later her daughter, Helen, would help crush Tara’s dreams of an All-Ireland title when she played a stormer for Inagh Kilnamona of Clare in the All-Ireland Junior Club Final against Tara in 2011, scoring a decisive goal. 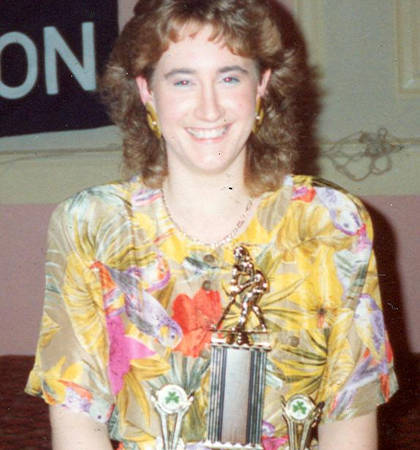 Two years later, in 1991, a breakthrough came for British Camogie as for the first time a London team competed in the All-Ireland Club Championship. As champions, Tara had the honour of being the first overseas team to compete in the competition, playing against the Connaught Champions, Mullagh of Galway.

Meanwhile, in London, a fierce rivalry was developing between Tara and London Irish Camogie Club, and the sides met again in the championship final in September 1992.

Phyllis Breslin, a well-known referee who later went on to be Camogie President, was drafted over from Ireland to ‘take charge of what is expected to be fast and frenetic encounter,’ as was reported. The rain pelted down and London Irish led by five points at half-time, but Tara eventually won the game 3-2 to 2-3.

Tara did the five-in-a-row in 1993, a feat which wouldn't be matched until Brothers Pearse did it in 2002 and wouldn’t be beaten until 2014 when Tara broke the record by winning six Senior Championships consecutively.

Three years later, in 1996, Tara’s longest standing member Sheila Fernandes joined the club. Sheila has worked tirelessly for 20 years on and off the pitch and is the current Treasurer for Tara and Camogie Board Britain. She was duly honoured by Croke Park in 2012 by winning a “Volunteer of The Year Award”.

Brothers Pearse enjoyed a period of dominance on the London camogie scene in the intervening years as Tara celebrated their 20th anniversary in 2006. The club hosted a 7s tournament which was attended by six Junior teams and seven Senior teams, five of which were Irish. Indeed, Tara’s annual 7s tournament has become legendary and remains popular judging by the turnout to Greenford for last Saturday’s 30th anniversary celebrations.

Moving on, 2009 was a year of major highs and crushing lows for Tara – from winning the Junior and Senior double in London to a heart-breaking defeat in the All-Ireland Club quarter-final.

However, Tara made history in 2011, on their 25th anniversary, by becoming the first London team to reach an All-Ireland final.

They booked their place in the Junior Club semi-final by beating Ruairi Og of Cushendall 2-09 to 0-11 away in Antrim. Next up was Leinster champions, Myshall of Carlow, who travelled to Ruislip where Tara captain Denise Gilligan was the star, notching up a tally of 1-06.

Meabh Brennan pounced for an injury-time goal and sealed the win for Tara on a score line of 2-06 to 0-6 and sparking delirious celebrations. This win proved to be one of Tara’s greatest moments in their 30-year history.

History was made in Ashbourne, Meath, as the first camogie team from London played in an All-Ireland Junior Club final. Tara, under the guidance of Ambrose Gordon and Christy O’Gara, took on Inagh Kilnamona of Clare. Unfortunately, Inagh Kilnamona ran rampant in the second-half.

Having made history in reaching the final and getting further than any Tara team had before, and still to this date ever have, they had cause to celebrate their 25th anniversary. On that Sunday night – November 27, 2011 – Denise Gilligan and her team were treated to a rapturous welcome home in the Man of Aran in Rayners Lane. 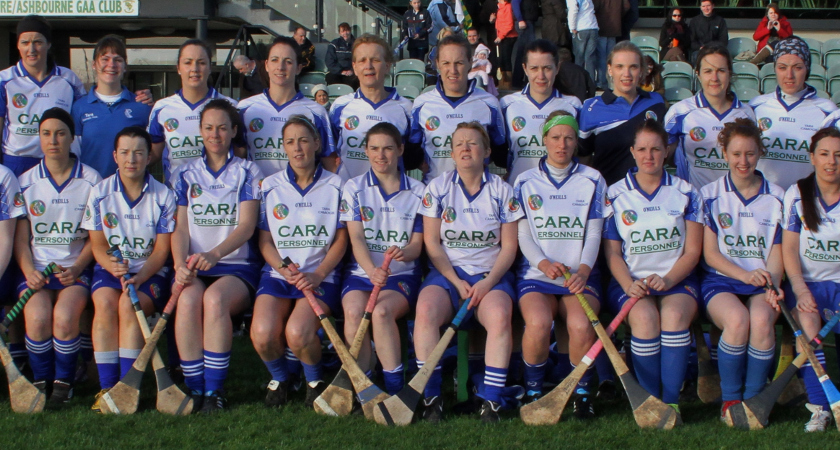 Some of the Tara All-Ireland Camogie Finalists 2011 [Picture: Tara PRO]
In 2013, some of the Tara ladies saw their dreams of playing in Croke Park become a reality during the three-day event organised by the Dublin Camogie Board. The Tara girls came up against their old rivals Croydon and came out on top to lift the Gathering Cup.

Under the guidance of Thomas Lally, Tara won their fifth Senior title in a row later that year. It was to be ‘Bid’ Grennan’s last county title with Tara as she moved back to Ireland in December 2013.

‘Bid’ first put on a Tara jersey in 2006 and in her seven years she won many titles, including five Senior Championships and three All-Stars as well as Tara Player of the Year in 2006 and 2008. Not only was she one of the club’s greatest players of all time but her dedication off the pitch is one of the reasons Tara are the successful club they are today. 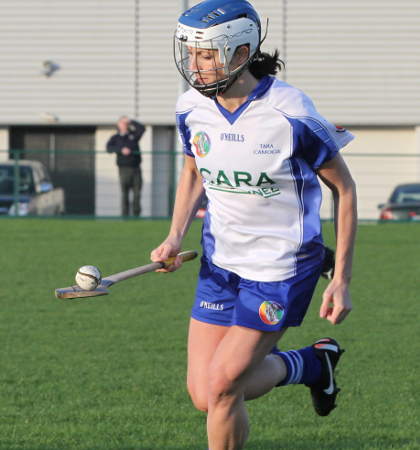 Grace Hamilton [Picture: Tara PRO]
Tara’s most successful year was 2014 as they broke many records, becoming the most successful club in British Camogie history by winning all titles in Britain that year at both Junior and Senior grade, as well as winning an unprecedented sixth consecutive Senior Championship title.

With some great success in 2014 also came heartache for the girls in blue and white as they were beaten in Ruislip by Clanmaurice (Kerry) after a last minute goal saw a final score of 2-13 to 3-07.

Nonetheless, Tara bounced back to win a seventh consecutive Senior Championship title after beating newly formed amalgamated side Shire Gaels, with captain Roisin O'Grady becoming the first to lift the new All-Britain Cup following a restructure. There were three players that were on the panel for all seven finals – Joanne Hamilton (Antrim), Denise Gilligan (Galway) and Sheila Fernandes (Galway).

Tara subsequently travelled to Kildare to represent Britain in the All-Ireland Junior quarter-final against Johnstownbridge but were once again beaten by a very strong side.

Earlier this year, Angela Kennelly togged out in the blue and white for the last time as she made the decision to move back to Kilkenny after a very successful eight years with Tara.

She is a serious loss to the club both on and off the field having been an integral member of the Tara committee as well as the London Camogie board.

No doubt, the future will have its ups and downs. There have been many people responsible for the successful running of Tara Camogie Club over the last 30 years, too many to thank individually.

For anyone who has ever been involved in the club, your involvement has helped enrich many lives over the last 30 years, and has helped make many long lasting friendships and much cherished memories. Here’s to the next three decades.

1988
The club won the Senior League for the second year, as well as the Richmond, Harrow and Watford Irish Festivals

1991
Tara made it a hat-trick of Senior Championship titles, beating London Irish 3-8 to 0-6 in the final

1999
With the help of Sheila Fernandes, Tara become the first club in London to have a website

2013
Tara won the first ever International Gathering tournament in Dublin 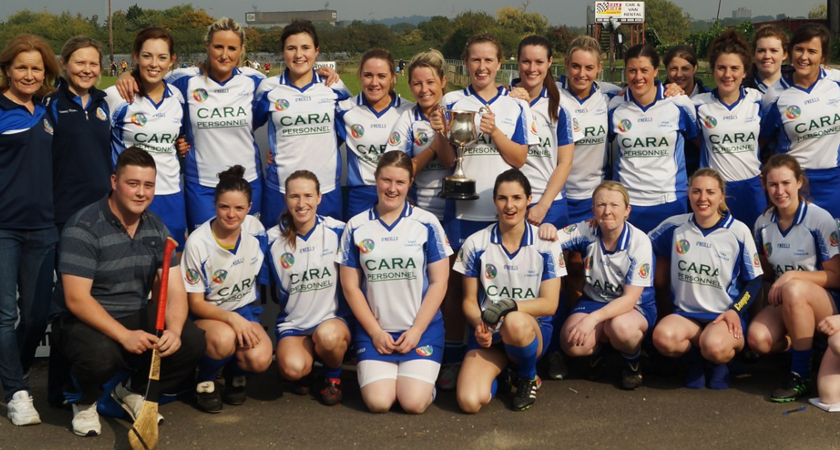