'This might be the final curtain': Tyson Fury suggests he will retire after victory over Dillian Whyte

TYSON FURY has suggested he will retire from boxing after retaining his WBC heavyweight title by knocking out Dillian Whyte at Wembley on Saturday night.

A ferocious uppercut at the end of the sixth round sealed the TKO for the Gypsy King and maintained his undefeated record.

However, speaking to BT Sport after the victory, the 33-year-old hinted the fight would be his last.

"I promised my lovely wife Paris, of 14 years, that after the Wilder III fight, that would be it and I meant it," he said.

"I had a war, it was a great trilogy and I meant that.

"I'm one of the greatest heavyweights of all time!"

"I think this might be the final curtain for the Gypsy King."@Tyson_Fury 👑#FuryWhyte | BT Sport Box Office ▶️ https://t.co/b0uV32kqC3 pic.twitter.com/Nju6XYoOMj

"But I got offered to fight at Wembley, at home, and I believed I deserved it and I owed it to the fans.

"I owed it to every person in the United Kingdom to come here and fight at Wembley.

"I think this is it, this might be the final curtain for the Gypsy King — and what a way to go out!" 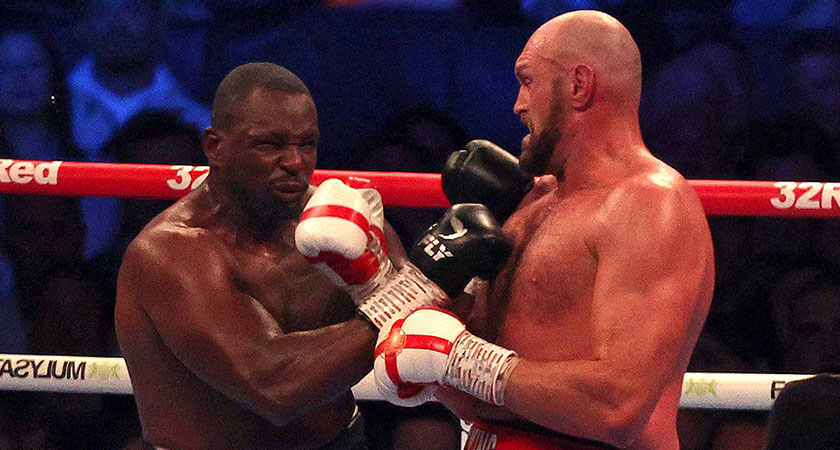 Fury lands an uppercut to knock out Whyte in the sixth (Image: ADRIAN DENNIS/AFP via Getty Images)

Despite his claim, Fury later said in his post-fight press conference that he would not rule out setting foot in the ring again.

"I will not rule out exhibitions — get some of that Floyd Mayweather money!" he said.

"I want to have fun, I'm an entertainer, it's what I do best.

"Big Francis Ngannou was here today, he's on my hit-list in an exhibition fight, however he wants it; in a cage, in the boxing ring, boxing gloves, UFC gloves — we can make it happen.

Fury's wife also said the fighter could return to the boxing ring, but only for a unification fight.

"The only reason that Tyson would bring him back is the unification fight."

Paris Fury discusses @Tyson_Fury's future and the only thing that would bring him back to the ring.#FuryWhyte pic.twitter.com/0QucSVttY6

"I would like him to come home now, he has nothing more to prove," said Paris.

She added: "I know in my heart that the only reason Tyson would come back is for a unification fight."

He has won 32 out of his 33 professional fights, 23 by way of knockout, with his only draw coming in 2018 in the first of his three meetings with Deontay Wilder.