Ronan Curtis and Aaron Connolly, left, during a Republic of Ireland training session at The Hive in Barnet, England on November 9. (Photo By Stephen McCarthy/Sportsfile via Getty Images)

shares 130
Share this article:
IRELAND'S preparations for their friendly against England this week went up a notch last night as the squad's training got underway at Barnet's Hive Stadium. 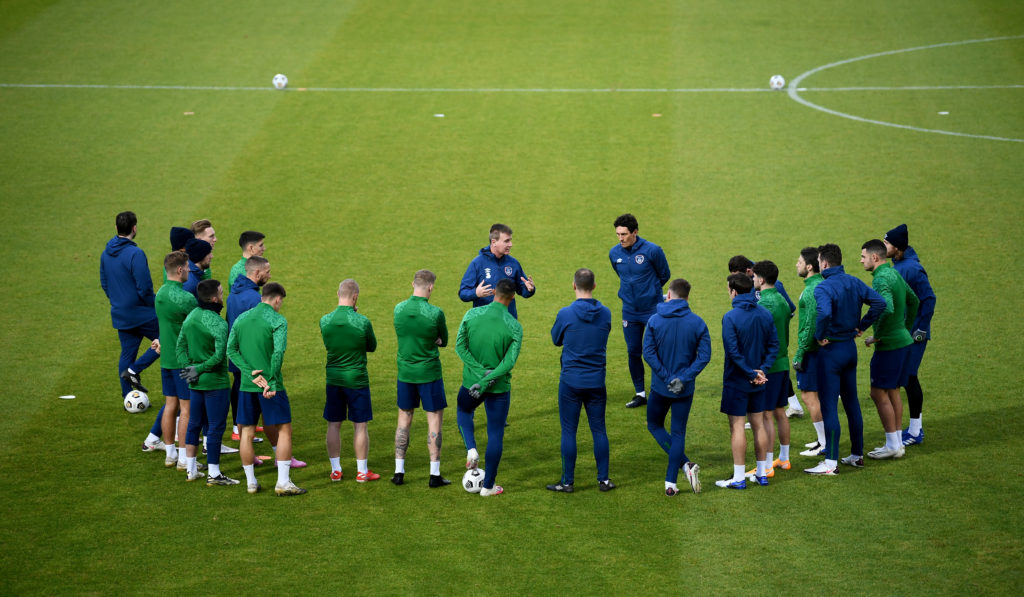 Manager Stephen Kenny briefs players during last night's training session at The Hive
Within that line-up, a huge positive for Ireland is the return of captain Seamus Coleman.

The Everton full-back missed last month’s Euro 2020 play-off semi-final defeat in Slovakia and the fixtures against Wales and Finland which followed it due to a hamstring injury. 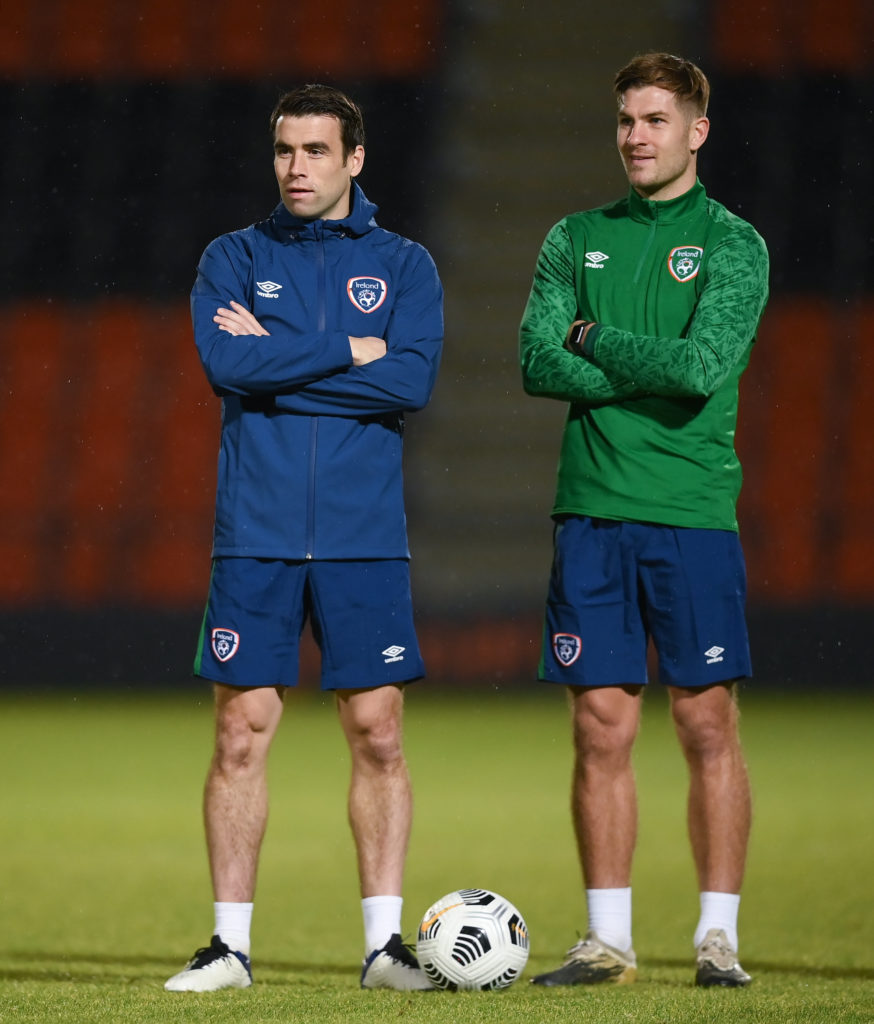 Seamus Coleman, left, pictured with James Collins, is back in the squad
The squad were in good spirits as Kenny and his coaching staff put them through their paces. 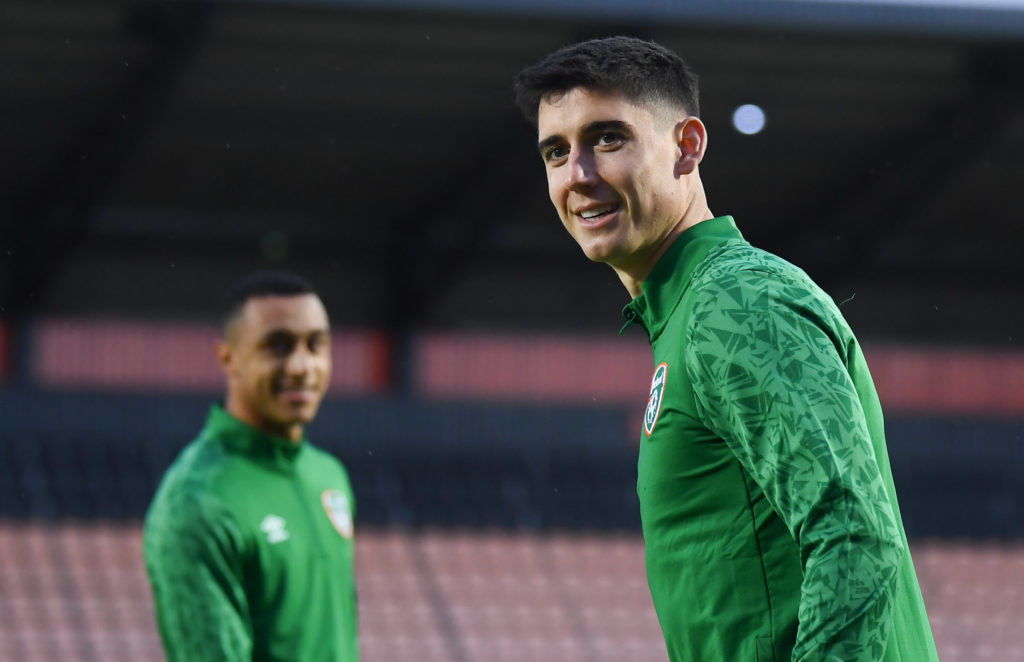 Ireland's Callum O'Dowda in training ahead of their friendly with England on Thursday
This will be the first match Ireland play in their new Umbro Kit and it’s been confirmed that the ‘Boys In Green’ will play in White on Thursday, in their first meeting with England at Wembley since their 1-1 draw in 2013.
Kenny's men will line up against Gareth Southgate's side on Thursday, November 12 at 8pm.

Speaking about the match last month, Kenny welcomed the new fixture, stating: "It's a high quality game for the team. 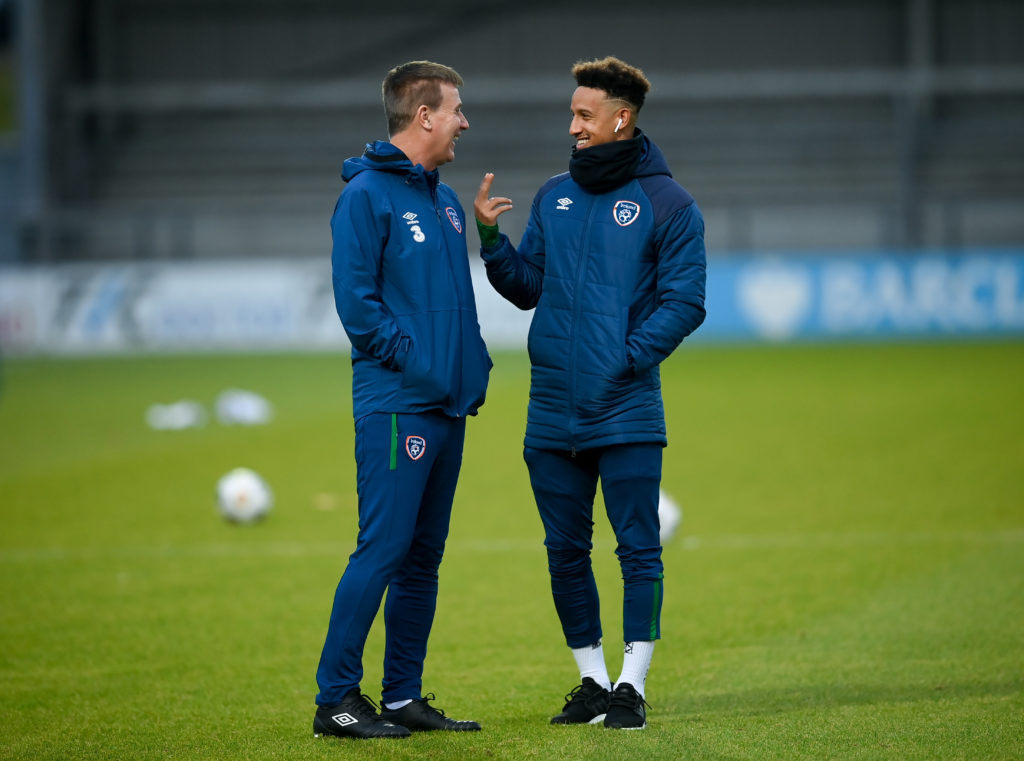 Stephen Kenny and Callum Robinson share a joke during training

"With minimal travel between London, Cardiff and Dublin in these changed times, it is better for us logistically with player welfare paramount."

He added: "It helps ensure we will have our strongest possible squad available for all three matches."

Thursday's game is being played behind closed doors but will be shown live on ITV and RTE.