PETER O’MAHONY has been the subject of considerable debate among Ireland followers since he made his international debut two years ago.

His defenders saw him as a skilful and athletic lineout forward, his detractors an argument-fond workshy show pony.

We considered him an excellent lineout merchant, a good open-field runner with skilful hands who clearly offers leadership possibilities, but one whose tackling is poor and desire for snarling too high.

To further confuse the already-muddied water, his media street team (who were numerous) constantly cited his work-rate, bravery and inability to take a backward step.

Whatever you think about him, none of those are his strengths. His simply is not David Wallace and the terms of the debate were just far too fluid to have a sensible conversation about it.

It’s now arguable that the media narrative around him has gone full circle to the point where it almost undersells his ability.

Munster pishun, fighting, bravery… It’ll get you so far, but what about the technique and brilliant handling ability?

Those things require, y’know, talent, right? Credit to the Second Captains for cutting through the BS and jokingly talking about “Brand O’Mahony” and how his “entourage” would be in his ear, telling him to shout out the anthems tunelessly and loudly and to celebrate turnovers as if they were a try to enhance it.

The first two rounds of the Six Nations have marked the true international arrival of Peter O’Mahony, in his 20th and 21st caps.

His first couple of seasons on the international scene corresponded with Ireland’s worst run since the 1990s, with the deepening crisis at the tail end of Declan Kidney’s time in charge impacting all areas of the team.

His first three starts were in three different positions, and the back-row unit rarely functioned well in the fag-end of the Kidney era. 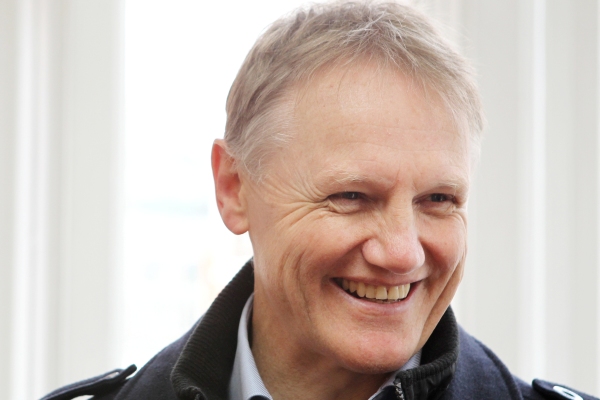 With the arrival of Joe Schmidt, Peter O'Mahony now has a defined place in the Ireland team

The team was used to the beef and skill of Stephen Ferris and Wallace, and O’Mahony was a completely different player — he wasn’t integrated at all well into the XV and not only did he rarely shine, but Jamie Heaslip’s performances went down a level as roles shifted.

That’s not to say he didn’t have his moments, and there was the odd good day amid the gloom, notably the draw at home to France.

It’s worth remembering that in that game O’Mahony’s standout contributions were a couple of brilliant ruck turnovers as opposed to big runs in wide channels.

Sound familiar? But it’s hard for anyone, let alone a rookie back-row only learning the international game, to look consistently good when the team is going nowhere and doesn’t look like it knows what it’s doing.

With the arrival of Joe Schmidt, O’Mahony has now a defined place in the team — positioned much closer to rucks, his breakdown work has formed the platform of Ireland’s success.

He carries much less, and still isn’t a great tackler in either frequency or impact (he has notoriously never reached double figures in a test, but we don’t think this is as important as it is sometimes made out to be — in this Championship, he has kept pace with Chris Henry and Heaslip’s numbers, which will do us).

He has been simply brilliant, probably our best player, and has stepped into a lieutenant role in the team. 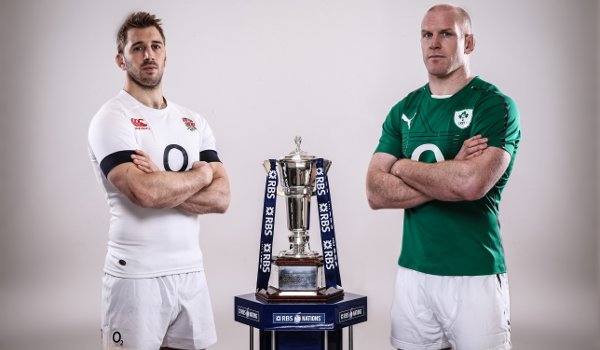 As captain for Munster this year, he has improved on the field in both play and conduct and it seems to bring out the best in him.

Equally noticeable was his discipline — the shirt-grabbing rabble-rouser has been replaced by a focused and cold-eyed professional.

Wales continually tried to rile him but he never wavered once, concentrating instead on winning the game.

He seemed… coached, odd as it might sound. The only moment when the old O’Mahony resurfaced was when he almost talked himself into a sin-binning when Wayne Barnes had assumed his punctilious hat (O’Connell was off the pitch at this point, with Heaslip assuming captaincy duties, and he probably should have smelt the danger and made himself present at the little chat and gagged O’Mahony).

Twelve months ago, we still thought his place in the team was in question, but right now he should be forming the backbone of our team through to RWC19.

The back-row unit has improved beyond all recognition, yet its best player, possibly best two players, are out injured.

The game in Twickenham represents another great opportunity for O’Mahony to do his feet-planted-in-theground- bent-over-the-ball thing, as England lack a dedicated fetcher and rely on two six-and-a-halves in Chris Robshaw and Tom Wood to divvy up breakdown duties.

He’ll need to watch out for Dan Cole, though, who is a hell of a clearer-outer.

The rangy No 6 being dragged up from the ruck while the referee’s arm lifts to the sky in Ireland’s direction is fast becoming our favourite sight of the Six Nations.

England prop Ellis Genge gets away with elbowing Johnny Sexton