WORLD RUGBY has cleared Ireland of any wrongdoing following accusations that it pressurised World Cup organisers to stop them cancelling Japan's match against Scotland in the wake of Typhoon Hagibis.

The IRFU claimed that accusations from the Sunday Times that they were 'vehemently opposed' to the Japan v Scotland World Cup match being cancelled were "completely false."

It refers to the fact that due to Typhoon Hagibis, there was talk of Japan's World Cup fixture against Scotland being called off. Under World Cup laws, if a match is cancelled, it's classified as a draw.

In order to top Pool A, Ireland were hoping that Scotland would beat group leaders Japan, and cancelling the fixture would jeopardise their chances of finishing first. 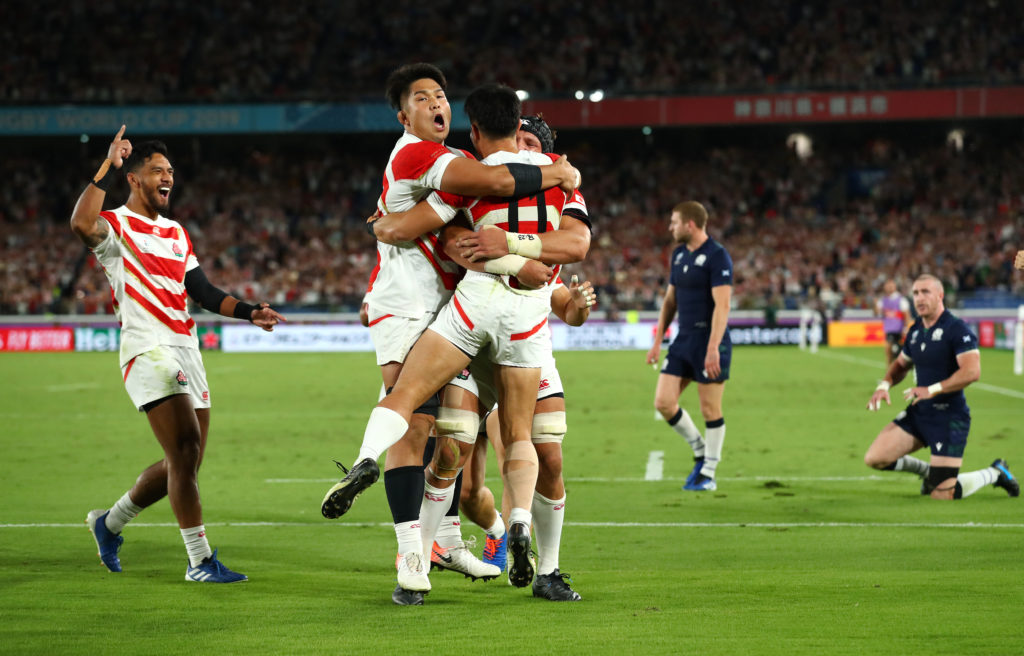 Japan's match against Scotland went ahead despite the threat of cancellation, with Japan claiming a narrow victory

The IRFU said in a statement: "the inference within the article that the IRFU made representations to World Rugby on the matter is totally without foundation."

Meanwhile, they called on the journalist who wrote the piece to immediately withdraw "this scurrilous and untrue allegation".

Speaking at a World Cup Post Pool Media Briefing in Tokyo on Monday, Alan Gilpin, the tournament director and World Rugby’s Chief Operating Officer addressed the issue in his opening remarks about the decision to cancel rather than rearrange other fixtures including New Zealand v Italy and England v France on Saturday on safety grounds as the super typhoon hit Japan and swept through a huge swathe of the country, killing more than 70 people and causing widespread damage.

"While we had appropriate discussions with a number of unions, no decisions were based on pressure from any particular unions," Gilpin said.

"And it’s also important to clarify that we did not have those discussions with Ireland.

"Those contingency plans were in place, including back-up venues. But the rules do not allow for postponements to be affected in pool matches."