Your guide to the Women's Six Nations 2022

The Women’s Six Nations will return in 2022. The tournament will be a standalone event for the second time and will have each team playing five instead of three games.

Covid-19 forced last years tournament to be played in April. It was scheduled separately to the men’s competition, a move that proved a major success said the Six Nations bosses.

A bigger slice of digital engagement and increased viewing figures was one of the main factors for the tournament to be played under simliar circumstances like last year.

"With high viewing figures and increased digital engagement indicating that a new slot in the calendar can play a significant role in driving the growth of the women’s game, said the orginsers.

England are the holders and will be the team to beat in 2022, they haven't lost in 18-match matches. Simon Middleton and Zoe Aldcroft are both the World Rugby Coach the Year and Women’s 15s Player of the Year. They will be raring to go again in 2022.

Here are all the details.

The women's version of the event began in 2001, but it has to end to due foot and mouth outbreak in Britain and Ireland. France were awarded the first trophy a year later in 2002. Spain played in the first five championships, but were replaced by Italy.

WHO IS THE TEAM TO BEAT?

England have won 12 out 20 titles, with France following on with six. France and England have one Grand slam each

France won three of the first four titles on offer but England have become the team to beat since then.

England have claimed the silverware on nine occasions since 2007 in the current format and are bidding for a fourth consecutive title in 2022.

Ireland and France broke the monopoly with two titles apiece between 2013-16,

Wales, Scotland and Italy have no Women’s Six Nations title> Italy have a runners-up finish next to their name in 2019. 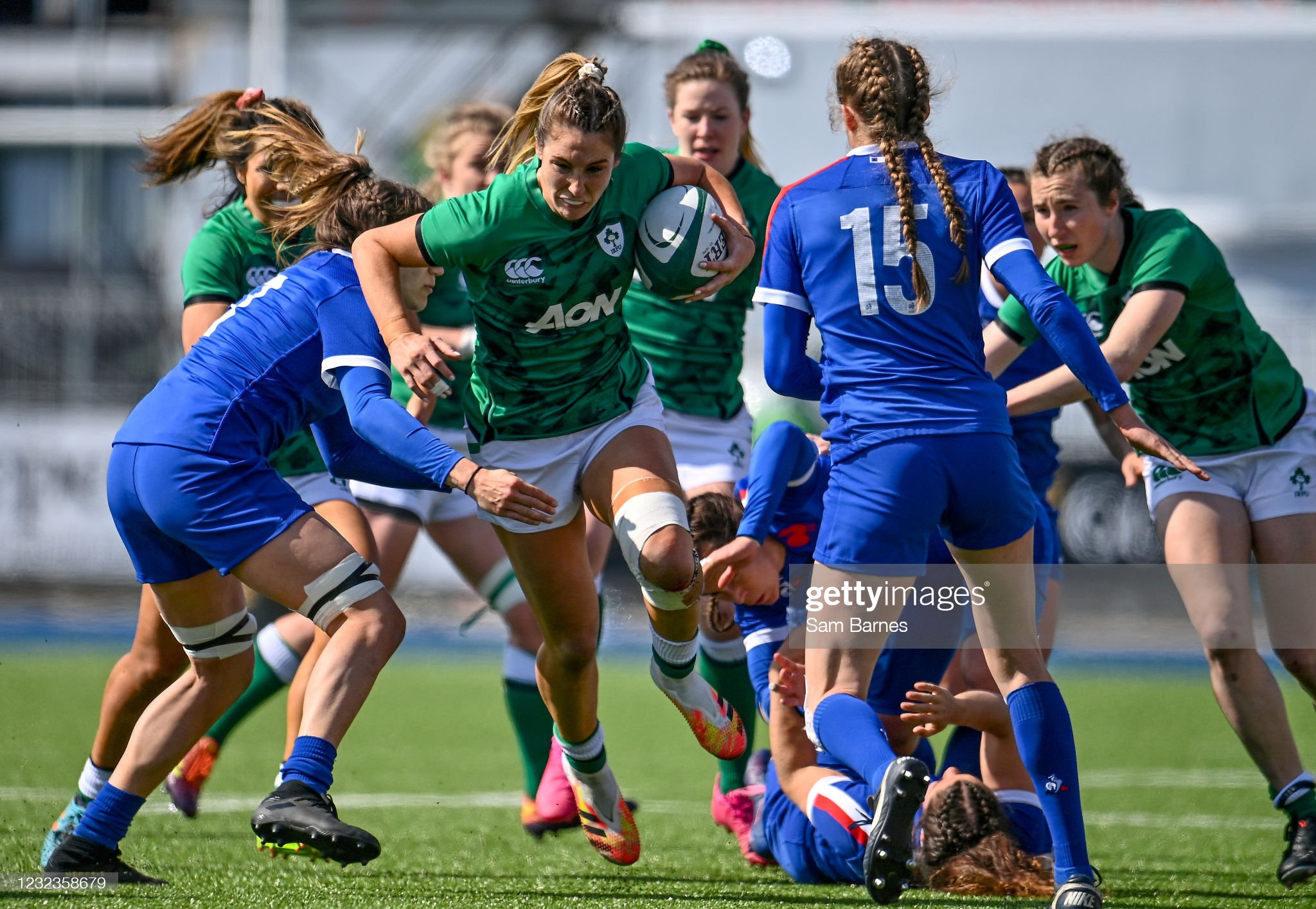 Top seeds England and France won their respective pools at a canter to set up a showdown for the title at the Twickenham Stoop.

The title decider was an altogether much tighter affair with Poppy Cleall’s try on the stroke of half-time proving to be the difference between the teams in a 10-6 win for England.

Earlier on finals day, two tries from Amee-Leigh Murphy Crowe helped Ireland to secure third spot with a 25-5 win against Italy in Dublin, while Scotland condemned Wales to last place with a 27-20 victory in Glasgow.

WHO WERE THE TOP TRY-SCORERS

Caroline Boujard scored five tries for France in 2021. She was nominated for the World Rugby Women’s 15s Player of the Year Award.

She got a hatrick in France’s opening win against Wales and would score two more against Irealand. Manuela Forlan, the Italian became the first Italian to score a hat-trick in the Women’s Six Nations in the Azzurre’s win over Scotland.

Emily Scarratt,is England’s record points-scorer, She scored 39 points through 14 conversions with two penalties and a try.

The 2022 competition will be played in a six-week window in late March and April, breaking the traditional link to the men’s calendar although the fixture list virtually mirrors that of the men’s.

Edinburgh Rugby’s new home ground, the DAM Health Stadium, built on Murrayfield’s back pitches, will host the opening fixture on 26 March when Scotland take on England in the lunchtime kick-off. Ireland against Wales follows later that day, while France begin their campaign at home to Italy on Sunday 27 March.

Round 2 begins on 2 April with France against Ireland. Saturday’s other games sees Wales take on Scotland before Italy and England wrap up the weekend in Parma.

Kingsholm in Gloucester is the venue for England’s game against Wales on Saturday 9 April, while the remainder of the round three fixtures are on Sunday with Scotland taking on France and Ireland up against Italy at Musgrave Park.

After a one-week break, Cardiff Arms Park hosts Friday night rugby as Wales play France in the opening match of Round 4 on 22 April, while the next day Italy are at home to Scotland and England entertain Ireland at Welford Road on the Sunday of the penultimate weekend.

In Round 5, Wales enjoy home advantage for the second consecutive weekend as Italy visit Cardiff. Also on 30 April, in Bayonne France meet England in a match between last year’s top two and Ireland play Scotland in Belfast.

WHERE WILL MATCHES BE PLAYED?

Cardiff Arms Park and Stadio Sergio Lanfranchi are the only grounds to be used more than once. The 15 matches will be played at 12 different venues.

WHERE CAN I WATCH IT?

The women’s Six Nations 2022 will see all 15 matches broadcast on BBC in the UK, RTÉ and Virgin Media in Ireland and Sky Italia for the Italian market in a big broadcast coverage boost, while details for France will be released in due course